When Survival is Not at Stake: Explaining the Mystery of Panic Disorder | MGH Clay Center for Young Healthy Minds

When Survival is Not at Stake: Explaining the Mystery of Panic Disorder

When Survival is Not at Stake: Explaining the Mystery of Panic Disorder 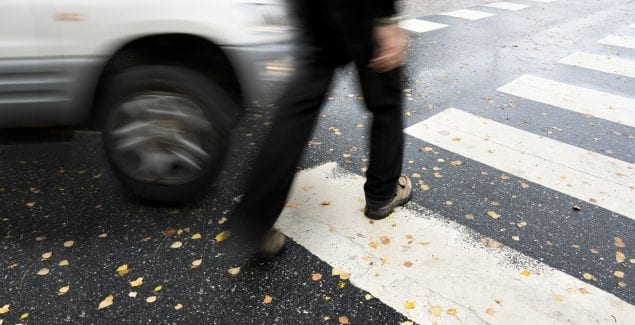 Imagine you’re crossing a street and are almost hit by a massive Mack® truck.

You jump out of the way. Your heart is racing and pounding, you’re sweating, trembling, hyperventilating, and short of breath. You feel a pit in your stomach, nausea, choking, and tightness in your chest. Your fingers and toes are tingling. The world becomes gray. There are spots before your eyes, like you’ve had when you stand up suddenly and feel faint. Beyond these physical sensations, emotionally you feel a terrible sense of fear and dread.

Normal reaction, right? Sure. After all, you were almost hit by a truck.

This is a typical example of the “fight or flight” response – the physical reaction we all know well in life or death situations. It also characterizes the fear response when we’re in terrible danger. Our adrenal glands, hormonal system, cardiovascular system, and brain are in a state of preparedness for survival.

But there are times when this kind of reaction can be a problem. In cases of panic disorder, there is no Mack® truck.

What Physically Occurs When Experiencing a Panic Attack?

Imagine having these intense physical reactions and feelings of impending doom without any apparent trigger. It would be understandable if you were in a car accident, or assaulted, or a soldier at war. In these situations, the physiological and psychological responses are adaptive.

However, it’s even more terrifying when this experience occurs without any discernible threat. Most people worry that they are dying or having a heart attack. Others think they are “going crazy.” The emotional reaction is overwhelming. And just as bad, the physical manifestations are awful. For about 20-30 minutes your body is out of control, and you cannot stop it.

This situation describes a typical panic attack. And in the wake of such a monumental event, many go to the emergency room for an evaluation. It’s little consolation when the doctor says, “I have good news. All your tests are negative. It’s only a panic attack.”

Only a panic attack?

But what happens if it happens again? What if I’m driving? Or if I’m in a social situation, and everyone sees me and thinks I’m nuts? What then?

Again, these are normal questions, and are also part of the broader picture of panic disorder.

Panic Disorder is defined by 4 or more of the symptoms listed below, that occur spontaneously and recurrently (you can read more in the DSM® Library).

People with panic disorder also have the typical worries about other physical illness, or public embarrassment.

What are Other Features of Panic Attacks?

There are other common features associated with panic attacks. While they may occur spontaneously and suddenly, they may occur in places that are quite familiar, like what recently happened to Kevin Love on the basketball court. They also may occur in other common places, like in cars, boats, trains, and airplanes; in supermarkets or open spaces; driving over bridges; in elevators. For kids, they may occur when going to school.

One of the problems when panic attacks strike is that they become associated with the place or situation where they occur. Then those places such as school, bridges, elevators, supermarkets, tend to be avoided. Approaching them or even thinking about them, brings on “anticipatory anxiety,” the fear that they will trigger a panic attack. Sometimes this anticipation is so powerful, that we see a self-fulfilling prophesy, and sure enough, one is tripped into a panic attack. Then the place is even more assiduously avoided.

A “phobic stimulus” is created. For kids, if it’s school, that’s the last place they will face. Or for adults, if it’s the subway, and you have one or more attacks there, the anticipatory anxiety becomes reinforced, and the subway is an unlikely place you’ll see. Once phobic stimuli are formed, getting to face them becomes a new challenge, and often an individual is restricted in many ways. The ultimate restriction is agoraphobia, or fear of open spaces, and home becomes the only safe place. Work and social life suffer.

No one understands when or why they occur, or why the natural fight or flight response is triggered. What we do know is that panic attacks tend to run in families, and are associated with separation anxiety in childhood and other anxiety disorders. They are often associated with mood disorders. They may but rarely begin in childhood, but typically in late adolescence or young adulthood.

It’s important to have a complete medical examination as what may appear to be panic disorder could rarely be a medical illness, such as thyroid or other hormonal disease, cardiac disorder, seizures or other illnesses that present themselves as panic disorder.

The Good and Bad News About Panic Disorder

The bad news about panic disorder is that, if left untreated, it can be devastating for school, work or social life. Some may turn to alcohol for relief. Interestingly, while alcohol can be an effective anti-anxiety agent, it is short acting and may actually cause a “rebound.” It’s like pushing down the trampoline, and then when the alcohol wears off, anxiety and panic worsens, only to inspire additional drinking.

Though untreated panic disorder is potentially disabling, the good news is that it has a high rate of effective treatment.

Here are some ways of helping your child with panic disorder.

Let’s take the example of panic attacks at school associated with school refusal, or what has been called “school phobia.”

Planning for systematic desensitization requires a coordinated effort between the parent, the school psychologist or social worker, nurse, teacher, special education director, and perhaps others. Everyone must be aware of the plan and sensitive to the needs of the child.

At first you as a parent go with your child to the school and just sit in the car. Then after a week or two, enter the school and just stay in the entry. This would be followed at regular intervals with having your child go to the nurse’s office and spend the day there, with the ability to call you on your cell. But the child must remain in school. From there, one step at a time the child attends home room and eventually goes to classes. All this requires a lot of coordination with school officials, and sensitivity to the potential for embarrassment as other kids may not understand what is going on. Finding a way to explain to them in a thoughtful and non-stigmatizing way is essential.

Small steps over a period of time really work, and may prevent an awful situation of homebound kids that absolutely refuse to go to school.

Cognitive Behavior Therapy is a simple skill set that you and your child can do on your own. It has this framework:

The skill is to deflate the power and exaggeration of the thought so that the emotion and behavior do not occur. To talk yourself down, and challenge the negative thoughts.

This can be done between parent and child, therapist and child, or child alone. Here’s an example:

After a short while, the negative, distorted thought diminishes in power, emotions decrease, and the panic attacks become less and less likely. The more they do not occur, the more effective CBT becomes.

However, medications are used, it is crucial to work closely with your physician and coordinate medical management with psychological counseling.

While panic disorder is perhaps one of the scariest psychiatric disorders, it’s also one of the most responsive to treatment.

And like most conditions, keep in mind, it’s a marathon, not a sprint.