Back to School: A Joy for Many, A Nightmare for Some | MGH Clay Center for Young Healthy Minds 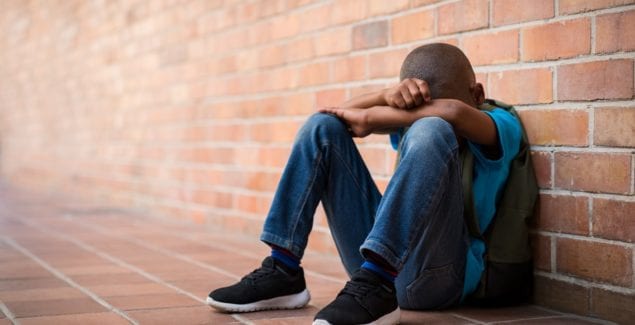 Most school age kids are eager to head back to school. Sure, they’ll miss their summer vacation, but the prospect of moving up a grade, seeing friends again, and even having a new teacher is really exciting.

Yet, for a few kids and their parents it’s kind of a nightmare.

Here are a few stories from years of experience.  I’ve changed the details to keep things anonymous, but let’s face it. These kinds of issues are pretty common:

Tommy, age 6 was headed for kindergarten. Day after day, dad was totally humiliated, literally dragging a kicking and screaming child down the street as they walked to school. And one time a school attendant, who didn’t know dad, asked Tommy if he knew “this man.” Tommy’s father was mortified when he realized that the school official thought Tommy was being kidnapped.

Sarah, age 11, has had a tough time getting to school since she started almost five years ago. She flatly refused to take the school bus with her friends, so mom had to drive her…or, at least try to drive her.  Even if mom could get Sarah to the school parking lot, there was no way Sarah was getting out of the car without a surprisingly spirited fight.  When mom did manage to get Sarah through the front door of her elementary school, and leave, Sarah would tearfully demand that her mother be called, or fly to the nurse’s office in a sheer state of panic. As a result, mom often had to miss work to pick Sarah up.

Susie, age 10, suddenly had a terrible time getting to sleep at night. She was up for hours, always worrying about school. It also became virtually impossible to wake her in time to get ready to leave in the morning. When she was finally up and dressed, she complained of stomach aches, or a sore throat, or she simply broke down in tears.  Her mother brought her to the pediatrician many times, but nothing was ever found to be wrong.

These are all cases of School Refusal, but this term presents a bit of a problem.  School refusal is not itself psychiatric disorder. It is simply a descriptive category referring to a situation in which a child or teen will not go to school. School refusal is, however, a symptom. There might a significant anxiety disorder. There might be an interpersonal problem in the family or with peers. One fact is for certain.  No matter the cause, the refusal to attend school is terribly distressing for both the child and the parent.

While school refusal typically begins between the ages of 5 and 11, it can also surface in adolescence. Though it only affects about 1-5% of kids, it often arises after a stressful event in the child’s life. These events are almost always interpersonal in nature. The child might have new troubles with peers or teachers. The problem also might get better as the school year progresses, but it can come roaring back after school vacation.

Typically, children or adolescents with school refusal often complain of physical complaints such as headaches, stomach aches or other kinds of pains. They might also express fears of impending doom, or worry especially that something horrible will happen to parents and other loved ones. These fears can lead to states of panic. In younger kids, crying and temper tantrums are common. In older kids, threats to family or even self-harm may be a part of the picture. Symptoms often improve if the child or teen stays home.

But remember that we said that school refusal is a symptom, not a condition in and of itself.  So, what are some of the conditions that can lead to School Refusal? And what can be done to help?

Younger children may have Separation Anxiety. In this case, the child experiences terror when apart from a parent. This terror may not occur only with going to school. Whenever parents go out and the child is left with a baby sitter can spark an explosion of fear. Separation anxiety is often associated with the terrified conviction that something terrible will happen to the parent unless the child is present.

Other children will have Panic Disorder. Panic attacks typically include feelings of terror, rapid heart rate, hyperventilation, dizziness or nausea. Many young children with panic attacks will not be able to describe these physical symptoms, but when these symptoms occur, the child may simply have an impressive and stubborn tantrum. When these physical feelings of panic are associated with the place in which they occur, a formal phobia can develop. The phobia can be associated with school, (hence the term “school phobia”) but can also occur at the mall, or a restaurant, or driving in a car. Unfortunately, if school is the “phobic stimulus”, school itself takes on monumental proportions and the child quite naturally refuses to be exposed to the place that triggers the panic.

Other anxiety disorders and conditions can also cause school refusal. Social phobia – the fears of criticism and exclusion by friends – is common. Obsessive compulsive disorder can also cause school refusal, often causing shame and discomfort should the child be seen by peers during a repeated ritual such as hand-washing. Other times a traumatized child will develop post-traumatic stress disorder and the accompanying avoidance leads to a refusal to attend school. Then there are many situations that are not the result of specific psychiatric syndromes but that are nevertheless equally debilitating.

A child might be the victim of bullying, including cyberbullying, and is overwhelmed by the fear and shame they feel in the company of peers. These kids may not stop with school avoidance. Often they’ll avoid all social situations.

Depression is not an uncommon associated psychiatric disorder that results in school refusal. When a child is depressed, the reluctance to go to school may be due to low mood, poor concentration or motivation, and/or the academic difficulties that can result from depression.

Family problems may be a part of school refusal, either alone or in combination with psychiatric disorders.

Children who witness domestic violence, or who have been abused or neglected, may develop post-traumatic stress disorder. Though it may seem paradoxical that serious or dangerous family dysfunction would make a child want to stay home, many children fear that if they leave, some loved one will be hurt.

In other situations, the family’s style might lead to over-dependent relationships and insulation from interactions with others. Children get the message that the family must always stay together to prevent harm.

In some instances, a family member might be medically ill. The child feels the need to help at home and many times does in fact play a significant role in the caretaking. The child therefore becomes conflicted about leaving.  Other times, the child might act out, garnering attention and thus taking the focus away from the more serious illness. This occurs with life-threatening or debilitating illnesses such as cancer.

Treatment for school refusal is essential. It is critical to help the child maintain their natural developmental in order to keep pace with their peers. In this sense, the longer that school refusal persists, the more likely it is to precipitate future circumstances that facilitate even more stringent refusal. The effects of not attending school are profound and well documented.  Children suffer academically, socially and emotionally.

Typical elements of treatment include:

So, let’s circle back. What happened to Tommy and Sarah and Susie?

Tommy was found to have panic attacks and a corresponding school phobia. Susie had separation anxiety. And Sarah had been repeatedly bullied in school. All three, through carefully coordinated treatment, ended up back in school fulltime within a year.

School refusal is terribly upsetting for the child and for the parent. And, treatment can take a fair amount of time and effort.

The good news is that treatment works. And the earlier you start a multidisciplinary approach to school refusal, the better.