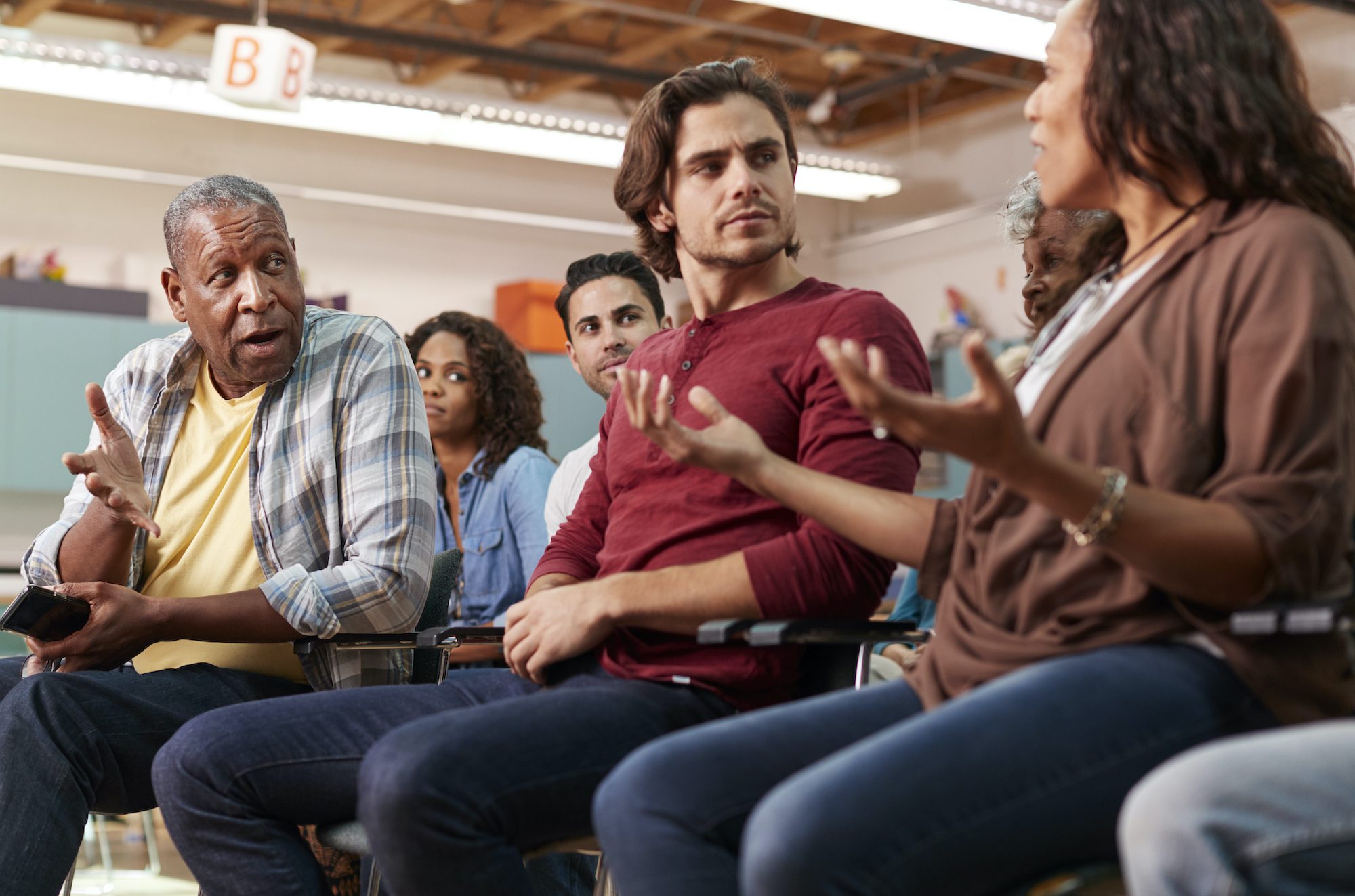 It’s not like we need all of the breaking news headlines to know that things right now are super-tense. I’ve lost count of how many times I’ve been approached with questions or concerns about how parents can keep their heads in these trying political times. And with every passing day, there is much more at stake.

But what’s happening now is something new. There’s just never been a time like this in modern American history.

No one is happy. Everyone, it seems, is mad.  The gunpowder that keeps the emotional fuse lit is the near-constant media coverage of opposing views. You can agree or disagree with current leadership. You can approve of the current state of affairs or you can be frightened or disgusted by it. No matter what, people are just plain angry.

But by witnessing the constant screaming at each other, our children are being robbed of an actual childhood.

This doesn’t mean that we shouldn’t involve our young people in current debates. Few things are better for a teen brain than to practice careful, civil, and thoughtful disagreement. That’s how we train our kids to prepare for the real debates that they’ll have when they take over as future leaders, workers and parents.

What I find most alarming is how hard we all have to work to remain civil with each other during the new “normal” of incivility.

If it’s hard for me to stay civil with friends with whom I disagree, it must be really hard for kids to make sense of all of this chest-pounding that we adults seem unable to stop. Moreover, it must be even more difficult for kids who disagree with their peers, or their school administrations, or especially their parents. And, it must be absolute torture for kids who are trying to figure out what it is they believe, or, heaven forbid, to change their minds.

What a mess for our children. We’re not doing them any favors by modeling this kind of angry intolerance.

Some things are slam dunks. Brutality is bad. Sexual assault is bad. There’s not a lot of room for civility on topics like these. But that’s not the issue. Reasonable dissenters on both sides of whatever aisles we’ve created agree on the basics, and it’s how we go about addressing these basics that’s bothering me.

For the sake of our children and their future, we have got to do better. It’s time for us to behave like grownups.

Tips for Civility and Coping

These tips are based on neurobiology and child development (though, I feel like I shouldn’t have to justify them by saying that research supports them). We seem to have lost the fundamental ability to get along. That’s a terrible legacy for our kids to inherit.

Look. If our leaders won’t show us how to behave, then we have to show them. That includes showing our kids how to get along even when we don’t agree. It’s time for us all to act like adults. Otherwise, how in the world will our kids grow up?

Shrinking It Down: Navigating Divisiveness During the Holidays (Season 1, Episode 3)