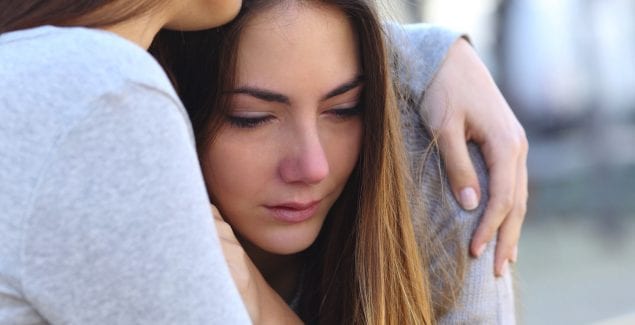 As a father of four children and grandfather of four, I was personally shaken by the testimony of Dr. Christine Blasey Ford yesterday. I thought about my kids growing up, and what they might have experienced or observed and never told me, my wife, or anyone.

Last night I had a hard time sleeping.

As a child psychiatrist, I have treated many patients over the years who have were sexually assaulted in secondary school, high school, and college. Some have reported it. Many chose not to. And some who did, refused to testify about their abuse.

And how many of the kids taken care of in our clinic by residents under my supervision experienced sexual trauma unknown to the clinicians?

It scares me. It scares me because I know as a therapist about the inner world of many victims – the shame, the flashbacks laced with panic, the mistrust of relationships, the fear of retribution, the perception of being blamed – or worse, blaming themselves. Many suffer for a very long time, if not for life.

Dr. Ford’s story rings true to my 38 years of experience in child and adolescent psychiatry.

On Thursday, Fox news anchor Chris Wallace reported that after the hearings his two daughters told him stories he had never heard before of what they experienced in high school. It was not nearly as serious as what we heard from Dr. Ford, yet very disturbing.

The National Sex Offender Public Registry of the United States Office of Justice reports 1 in 4 girls and 1 in 6 boys are victims of sexual abuse before the age of 18. Many do not report the abuse, or it is considerably delayed.

Many of our kids know about the news – about Dr. Ford’s testimony and the vehement debate that has encompassed our country. Many have heard about reports of adult sexual misconduct and assault through #MeToo. They hear about leaders in government, Hollywood, business, teachers, and clergy among others.

How do they process this information? How do they deal with it emotionally, particularly if they have been victims?

What can we do as parents?

This is one of the most difficult conversations a parent can have with a child. It requires composure, sensitivity, containing one’s emotional reactions, an ability to listen, and never to interrogate.

Here are some tips:

The #MeToo movement and disclosures of brave individuals such as Dr. Christine Blasey Ford has opened the door for many victims of sexual assault. While our overall goal is to prevent sexual abuse, we also want to hear from victims and survivors.

Often, the process of disclosure with trusted individuals is the first step in healing.

“You would do it if you loved me.” Teens, Coercive Relationships, and Digital Media