Doing What We Ought To Be Doing Already: An Approach To World Suicide Prevention Day | MGH Clay Center for Young Healthy Minds 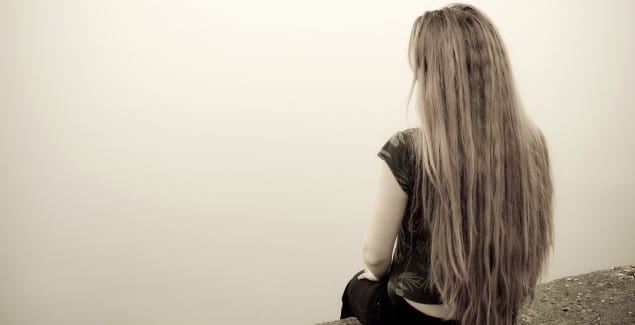 Suicide is awful, more common than you’d think, and in many cases, highly preventable.

Perhaps most important, in virtually every culture and every ethnic group on the planet, suicide is highly stigmatized. It therefore makes sense for the international health community to designate a day when we stop to actively contemplate this potent cause of misery and death.

The statistics are staggering. For a summary of the numbers, look at the World Suicide Prevention Day website at https://www.iasp.info/wspd/. Here’s a primer:

In other words, we know a lot about suicide. We know how commonly it occurs, we know more or less what causes it, and we have a sense for how to prevent it.

All of this, then, begs an important and vexing question:

If we know so much about suicide,

If suicide appears to be preventable,

If central intervention for preventing suicide is increased awareness, communication, and treatment,

Why does suicide remain so stubbornly common?

The answer to this question is actually much less concrete than we might think. Studies on post-suicide-attempt intervention are lacking and under-represented. Studies on pre-suicide-attempt intervention are also insufficient in generating a simple and generalizable prevention methodology. Moreover, the likelihood of creating a one-size-fits-all approach is minimal. This might be why we know less than we’d like to.

There are studies that show that email, phone, and in-person communication following an attempt can make a potent and positive difference, but these studies have relatively low numbers of participants and clearly need follow-up. We also have studies that show that we can increase the understanding of suicide and its risk factors in high schools and colleges, but it isn’t clear whether this understanding leads to decreased suicide rates. We do know that treatment as usual—that is, telling someone to go to an appointment with a yet-to-be-met clinician following his or her discharge from an emergency room or hospital—falls short of other more personal interventions.

All of this points to a common flaw in the understanding of suicide.

Suicide isn’t a formal disease; we don’t treat suicide itself.

We treat the causes of suicide.

Therefore, clinicians who focus entirely on the risk of suicide but fail to pay attention to its underlying causes may not minimize risk. Just as we focus on decreased smoking to help prevent the incidences of lung cancer and heart disease, we need to more deliberately focus on and take pre-emptive action toward combating the causes and risk factors for suicide in order to truly decrease its tragic outcomes.

The three main risk factors for suicide are relatively common in Western nations. They remain 1.) a previous attempt, 2.) a psychiatric illness, most commonly depression, and 3.) a co-existing substance use disorder. Most interpret the presence of substance use as enhancing the impulsivity that can lead one to take the final steps toward a life-threatening event. This may be particularly true for adolescents and young adults, given the impulsivity that is a natural consequence of their immature brains, and their tendency to act on emotional triggers.

In non-Western nations, the risk factors are roughly the same, though poverty, impulsivity and anxiety, as well as social taboo may play more prominent roles.

In other words, suicide has a lot of moving parts; prevention with certainty is extremely difficult.

So, where does all this leave us? What can we really do to prevent suicide?

Well, we can look more closely and critically at what we don’t do (or at least don’t do enough of) to prevent those pre-existing causes.

And, let’s consider specifically what we, as parents and caregivers, can do to prevent suicide among our kids.

While we’re going to cite a number of screening methods for unearthing risk, you should not feel that screening is entirely your obligation. Many of these methods involve the careful evaluation of a clinician. More importantly, it is exceedingly difficult to examine your own kids in a clinical manner. Parents know their kids best, but parents are also necessarily biased when they think about their kids. If you’re worried, if you notice something alarming, get help. Talk to your primary care doctor or a mental health professional.

We should start with the leading causes of suicide. Since the most prominent risk factor is a previous attempt, we need to examine what leads to that first attempt. That brings us next to the prevention and early detection of the psychiatric and social etiologies of suicide. This approach makes the prevention of suicide more organized and directed. Let’s outline these issues one by one:

So, on World Suicide Prevention Day we can, it turns out, do a lot. Moreover, much of what we can do is what we ought to be doing anyhow. Screening for pre-existing risk factors early in life is essential.

We need to detect and treat psychiatric illnesses more effectively and earlier in life. We need a better approach to the social factors that haunt our planet and put us at risk for suicide. We need to understand and spread the word more effectively about the risk factors for all suicides.

And, most importantly, we need each other. Every single study of suicide and its causes shows that through open, personal, and informed communication, the rate of suicide can be decreased.

We’re pack animals. We need each other. If we educate ourselves and then reach out to those in need, we can make the world a much better place.

When Kids Talk of Suicide – Shrinking It Down