Spring Suicide: Why It's More Common Than in the Winter 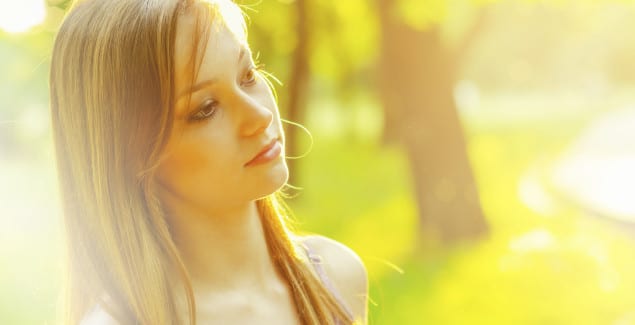 Posted in: Podcasts, Teenagers, You & Your Family, Young Adults

So, we all know that suicide attempts, suicidal thinking and even the tragedy of dying by suicide increase around the winter holidays.

I mean, that’s, like, a given. It’s all over the press, it’s all over our popular culture. It is, in fact, THE driving force behind the weighty despair in both A Christmas Carol and It’s a Wonderful Life.

Except that it’s not true.

People attempt suicide and die more often by suicide far more often in the springtime.  That’s been known for more than 50 years.

“April is the cruelest month,” Mr. Eliot tells us in The Waste Land. His depiction of the rebirth of spring as a desolate emotional landscape is more accurate than many of us may realize.

Obviously we’re going to worry about suicide any time of the year; if someone says he or she feels that life isn’t worth living, we’re not going to ignore this sentiment just because it’s expressed during the winter months. But, just as we worry more about asthma during seasons when pollen increases, it behooves us to be more vigilant for suicidal thinking and behavior as the season changes from cold to warm. In fact, this appears to be especially the case in areas where the seasons are more pronounced. Something about all that change seems to cause as much trouble as it does delight.

Experts aren’t entirely sure. There are, however, some pretty compelling theories. One of the most commonly cited is the increase in manic behavior in the springtime. This notion suggests that the mood activation triggered by warmer weather brings about the development of more self-destructive behavior. Certainly there is evidence that bipolar disorder worsens this time of year.

Still, there are some other less commonly considered but potentially even more compelling theories to explain these unexpected phenomena.

It’s All About Connection

Some of you do. But it turns out that for many people, both with and without psychiatric syndromes, winter promotes a kind of emotional hibernation. We wall ourselves us in, we binge-watch Netflix, we rush from the car to the office to our houses. We sleep more. We just don’t interact as much with others when the days are cold and bleak.

The pressure of social interaction increases dramatically as the weather warms. In studies of developed nations, this effect seems even more pronounced in agricultural areas. From a social perspective, this makes sense. During the winter, there are no crops to plant, no plants to harvest. But, enter spring, and it’s time to go into town, buy your supplies and eventually take what you grow or raise to market. All of this forces a level of social engagement that can, for many, be a source of significant stress.

Indeed, suicidal behavior in the spring and summer might stem directly from the potential increased social interactions offer for more potent disappointment. Suicidal thinking emerges, therefore, from the pain of social disconnection precisely when those connections are increasingly possible. In fact, an interesting control study in Austria showed that inmates in the Austrian penal system had no discernible increase in suicidal behavior from season to season. If we decide to buy into the social theory of springtime suicidal increase, then this makes sense. Regardless of the weather, inmates have their social interactions tightly monitored and largely decoupled from the seasons.

But, are these social theories the only explanations?

It’s In The Air

Think about that wonderful time when the leaves on the once naked branches become nascent and downy. Breathe in deeply the dust storm of fluorescent yellow pollen as it floats like an alien swarm off of increasingly fertile pine trees.

Just look around if you live someplace where spring looks quite a bit different from winter. There are flowers and inhalers alike, blooming with equal exuberance.  Spring is a time of rebirth and itchy eyes. In other words, it is a time of increased physiological inflammation.

According to the Asthma and Allergy Foundation of America, about 40 million Americans suffer indoor-outdoor allergies. That means that about 40 million Americans experience the wheezing, hives and runny noses that come with changes which occur between being in and outdoors—and these changes are most pronounced in spring. Most importantly, these allergic symptoms are potent markers of inflammation, the body’s immunological response to irritants.

There have long been associations between mood disorders and inflammation. Injecting animals with inflammatory agents causes those animals to care less for themselves. Treating patients with medications that deliberately increase inflammation (interferon for Hepatitis C, for example) is associated with a very high risk of depression and suicidal thinking. It makes sense, therefore, that another prevailing theory around the suicidal risks of warmer weather involves the increased rate of inflammatory responses that the season’s allergens inflict.

There’s good research to back up these claims as well. One study showed that the suicide rate significantly increased when the pollen count increased. Other studies have shown that depression, anxiety and sleep disturbances are higher in families who suffer runny noses that are brought about by allergies.

Finally, there are studies suggesting that poorer air quality, an environmental effect of warmer weather, increases the likelihood of depression and suicidal behavior. Again, the thinking here is that the increased particles in the air trigger inflammatory responses that provoke worsening mood.

I’m not trying to disparage spring. Goodness knows that winters are tough.

But, we also want to accomplish two things with this article.:

Most importantly, and perhaps THE take-home message of this post? No matter what the season, be wary of issues pertaining to suicide. Self-harm is a significant public health threat throughout the year. If you’re worried, ask the person you’re worried about. You won’t regret it, and you might just save a life.

What Families Should Know About Suicide