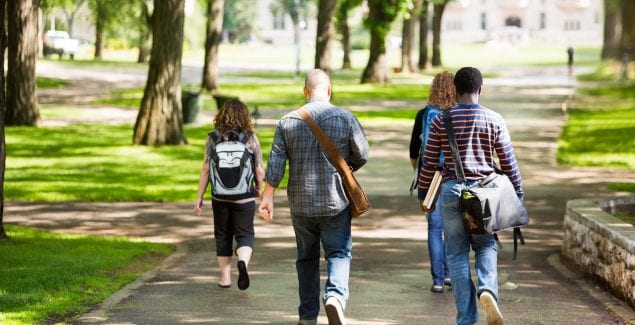 Hazing isn’t something on the minds of most parents as they send their kids off to college, hoping they’ll find satisfying social experiences.

Hazing is a type of initiation, or a rite of passage, that potential members of a group – a college club, fraternity, sorority – must participate in if they would like to join the group.  Hazing is illegal in most states and on nearly all college campuses in the U.S. because it usually involves some sort of humiliation or harassment that the victim would never choose if they weren’t hoping to become a member of the group.  Sometimes hazing can involve simple pranks, like sending someone on an impossible scavenger hunt.  Other times it be dangerous, such as drinking alcohol to excess, or involve criminal activities like sexual assault. The whole point of hazing is to build solidarity between members of the group.

Given the danger and humiliation, why would some college students consent to hazing? Let’s try to get inside of their minds to better understand.

Some students simply like the idea of participating in a rite of passage with longstanding traditions.  But others may rationalize hazing as “worth it” because they focus on the perceived benefits to be gained after the hazing and downplay the negative consequences of the hazing itself. There is some research about factors that may be related to being exposed to hazing initiations. For example, one study from the Boston University Social Adjustment and Bullying Prevention Lab found that first-year college students with histories of peer victimization or aggression toward others were more likely to be hazed while in college.

Surprisingly, most college students in one national study reported many perceived benefits of hazing and few negative consequences. To expand on this, several colleagues and I wanted to explore this in more depth:

This is what we found in our research:

It is possible that students with exposure to multiple forms of victimization in childhood are more likely to experience hazing as another harmful form of victimization, and not just a harmless “rite of passage.” Hazing is, by definition, an abuse of power that serves to increase distress among those being hazed, which could feel like other abusive experiences from childhood.

Additionally, a body of research has found that some individuals are more at-risk for post-traumatic stress following a potentially traumatic experience like hazing. Risk factors for post-traumatic stress include psychological problems, social withdrawal, low self-esteem, and poor family functioning – all of which students with a history of victimization may carry with them into college, especially if they haven’t received appropriate mental health services or supports. So, while some college students may be able to tolerate time-limited hazing initiations in order to be accepted into a large social network, which has many long-term perks and benefits, those with a history of victimization may find it to be a harmful, stressful, and at worst, abusive experience that reminds them of prior traumatic experiences, especially in severe cases of hazing (such as kidnapping, forced substance use, physical harm, sex acts, and degrading humiliation).

Why Would Students Who Were Previously Victimized Tolerate Hazing?

It is possible that students with a traumatic history may have a stronger “need to belong,” which could motivate them to accept hazing initiations in order to ultimately be accepted and included in a group. Additionally, experimental research shows that being denigrated, put down, or made to feel a sense of loneliness could increase one’s desire to belong with others. College students with a victimization history may very well have been disparaged, been put down, and felt lonely – leading to an especially strong need to belong. It could feel so strong that they dismiss the potential harms of hazing in order to gain social acceptance and the perks of group inclusion, like a sense of protection and social power.

What Can Parents and Caregivers Do?

If you are a parent, educator, counselor/therapist, or anyone working with college students, it is important to know that hazing occurs across many groups and clubs, not just fraternities and sororities. If a student has a history of being victimized in childhood, you can warn them of the dangers of hazing.

Be aware that some teens may resist your concerns. It may be better to start by opening up a broader conversation with them about their college transitions. This can help you understand their potentially strong “need to belong” and motivations for joining a student organization. You can start with general questions about the college transition, such as:

From there, you can transition into having a more specific conversation about hazing to explore what they know or do not know about hazing initiations. For example:

There are also efforts to dispel the myths that students hold about hazing. These can be helpful in getting students to think more critically about hazing initiations. Parents and professionals working with students who have a victimization history should be aware that these students are at increased risk for engaging in dangerous behaviors and for feeling victimized when they do.  If your student is thinking about joining a student organization, opening up a discussion about this topic could be important.

Gerald Reid, Ph.D. completed his doctoral degree in Counseling Psychology at Boston University where he was the project manager of the Social Adjustment and Bullying Prevention research laboratory. He completed a postdoctoral fellowship at Massachuse...