DSM-5: What Happened to Asperger’s?

DSM-5: What Happened to Asperger’s? 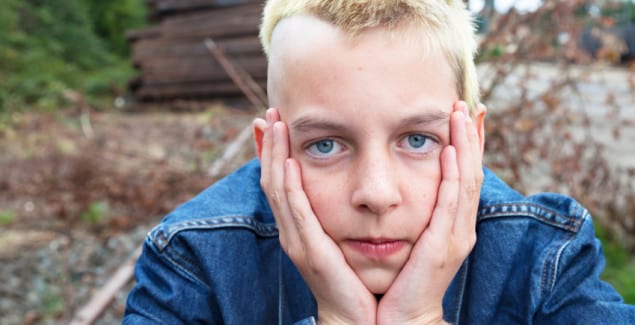 Billy was an intelligent, 12-year-old boy who excelled at math, and loved Japanese anime.  He could talk incessantly about World of Warcraft, and impressed adults with his knowledge of geography.  In 2012, when Billy was 9, he received a diagnosis of Asperger’s disorder, a disorder characterized by problems with social skills, difficulty in certain aspects of communication and a tendency toward highly-specialized interests in particular subjects.  Billy’s parents had always thought he was a quirky child—at age 2, he was obsessed with outer space, then dinosaurs, then foreign coins by the time he was 8.  Billy had always gotten along well with adults, but he was never quite able to fit in with his peers.  Though he had a high IQ, he sometimes had trouble expressing himself, and often was unable to pick up on social cues.  When he was diagnosed with Asperger’s, Billy’s parents did some research and were amazed by how closely Billy fit the descriptions they found.  They found relief in knowing that help was available.  But, in 2013, Billy’s parents were surprised to find out that he no longer met the criteria for Asperger’s.  In fact, it was no longer considered a disorder at all!  What had happened?

In 2013, a new edition—the fifth edition—of the Diagnostic and Statistical Manual of Mental Disorders (DSM) was published by the American Psychiatric Association (APA).  The DSM is used to diagnose mental, behavioral and learning conditions.  It lists criteria for depression, anxiety, learning disabilities and attention-deficit hyperactivity disorder (ADHD), among many others.  The DSM-IV listed criteria for autistic disorder, Asperger’s disorder, and pervasive developmental disorders (PDDs).  Under those criteria, Billy exhibited the symptoms of Asperger’s, but not symptoms of autistic disorder.  However, when DSM-5 was released, it folded the previous diagnoses into one broad category—autism spectrum disorder (ASD)—meaning that Billy’s diagnosis changed from Asperger’s to ASD.

It seemed somewhat arbitrary to Billy’s parents to have a diagnosis—and one that fit so well—taken away from him.  The change itself, however, wasn’t arbitrary at all, for it reflected new research and ongoing psychiatric practice.  The DSM is sometimes referred to as a “living document,” meaning it changes as we learn more about various mental health issues.  In this case, the research indicated that there was little consistency in the way Asperger’s and PDDs were applied.  There was also a lack of clarity on the part of school systems and insurance companies about what Asperger’s and PDDs were.  Some students with these disorders had difficulty obtaining services, so it was thought that giving a single label (autism spectrum) to all students would provide a common language and term that everyone could understand.

The new criteria for ASD require people to have persistent deficits in two areas:

More specifically, people with ASD have problems understanding social reciprocity, beginning and maintaining relationships and grasping nonverbal communicative behaviors.  They also exhibit behavioral patterns that might include repetitive motor movements, inflexibility to routines, fixated interests, problems with sensory input (hypersensitive or hyposensitive to sound, touch, etc.), or unusual interest in the sensory aspects of the environment.

It turned out that Billy didn’t have to be re-evaluated for ASD, as the DSM-5 noted that, “individuals with a well-established DSM-IV TR diagnosis of autistic disorder, Asperger’s disorder, or pervasive developmental disorder not otherwise specified should be given the diagnosis of autism spectrum disorder.”  At first, his parents weren’t keen on this change, as they felt the word autism carried a greater stigma.  They also felt that a diagnosis of Asperger’s implied a certain level of intelligence that might not be assumed in a person who is labeled “autistic” (though that assumption is incorrect).

Following the DSM-5 update, though, nothing really changed for Billy; he continued to receive support at school—such as social skills training, where he worked with the school guidance counselor to learn and apply appropriate social skills. His parents’ fear that the new diagnosis would stigmatize him at school never materialized, though they remain apprehensive about how the diagnosis will be perceived once he enters high school and college.

Interestingly enough, this change in diagnosis may be just a quick stop on the way to some other classification.  As the body of research on ASD grows, so does our understanding and the possibility of ongoing updates and refinements to the diagnostic system.  DSM-5 will at some point be revised to DSM-5.1 or some other variation, and the ever-evolving document that is the DSM will reflect information that is yet to be discovered.