Posted in: Multimedia, Videos, You & Your Family

The above video entitled “Fireflies” is courtesy of Jubilee Project (learn more about them at the bottom of this post). “Fireflies” is a simple reminder that we each have beauty and can connect with others in unique ways. It’s the passing glance of a stranger, the earnest offering of a flower, and the knowing smile of a shared secret. In this short film, a young boy and his new autistic friend discover a shared language of their own.

If you’ve seen the movie Adam, then you might have some idea of how painful it can be to have any of the syndromes that hover on the autism spectrum. In the movie, the title character Adam is said to suffer from Asperger’s Syndrome.

Since DSM-V’s inception, the term “Asperger’s Syndrome” has been dropped for the more encompassing, if less specific, “Autism Spectrum Disorders.” This term is meant to encompass as its primary characteristic a profound difficulty in perceiving social and emotional cues.

For many, this change in attribution has been a bit confusing. Severe autism is characterized by little to no language development, relatively low intelligence on the IQ scale, repetitive behaviors such as flapping one’s hands or rocking, and often a lifelong need for intensive emotional, social and psychological care. On the other end of the spectrum, what used to be called Asperger’s Syndrome is now called “high-functioning autism.” People with high-functioning autism can have normal language development, often require much less supervision, and suffer instead from misreading or being unable to read important social cues. Many of these individuals have normal or high intelligence.

That brings us to the movie Adam. It’s a lovely picture starring Hugh Dancy and Rose Byrne, and the director, Max Mayer, reportedly decided to make the film after hearing an interview on the radio with someone who has what was then called Asperger’s Syndrome. I don’t want to spoil the movie, but if you watch this scene (keep in mind that the scene is still out of Hollywood and therefore sculpted to some extent), you’ll have a good sense of the misunderstandings that can emerge quite unexpectedly in the lives of those who have high-functioning autism.

Is the scene funny? Sure. Misunderstandings are often amusing, and for that reason these moments are the foundation on which stories comfortably sit. But more importantly, is the scene painful?

You can feel Adam’s discomfort. You can feel his slowly-dawning knowledge that he has blundered an important moment for him in his development, and that he nevertheless did the best he possibly could. You can sense the extent to which Byrne’s character is taken aback, even frightened a bit, and in general you worry for both characters. How will they extract themselves from an interaction in which each was quite literally and yet unknowingly following markedly different social blueprints?

I love this scene for its humanism, and also for its capacity to capture the pain that these conditions can cause. Research shows that parenting children with high-functioning autism can be incredibly stressful, and Simon Baron-Cohen and his colleagues have noted that difficulties with empathic engagement are largely the reason for the stressful lives of both parents and children when the children suffer from these conditions.

What I don’t think we do, or at least what we don’t actively do, is ask ourselves why it should be so stressful to miss social cues in the first place. We’ve all done it, after all. We’ve all misread the intention of a spouse or friend, and we’ve all recovered from these mishaps relatively unscathed. The difference, however, is that with high-functioning autism, assumptions are made that turn out not to be true. One assumes, precisely because of the high level of functioning, precisely because language is intact and even advanced, that nuance is also easily recognized. In my clinical experience, I’ve been to plenty of school meetings where teachers are baffled that a student who happens to have high-functioning autism misses the seemingly obvious fact that he has inadvertently insulted a peer. Often, the best advice I can give at these meetings is to remind the teachers to be extremely concrete with their students with high-functioning autism, and then, if they think they’re being concrete enough, strive to be even more concrete. I then sit down with the child and tell him or her to ask, directly, what the teacher means when he or she says something that the child fails to understand.

But in peer interactions, the going can be rougher. As you can see in the clip from Adam, when peers are shocked by the bluntness of someone with high-functioning autism, they often turn away. I’ve explained this occurrence to my patients with autism spectrum disorders in similarly blunt and still kind ways. I’ve even instructed them to call me if there’s a joke at school that they fail to see the humor in. Every good comedian will tell you that nothing makes a joke less funny than explaining it, but if you fail to see nuance, then the opposite is true. Nothing in the world can make a joke funny for someone with high-functioning autism unless the joke is itself explained.

And that’s really the meat of this issue. If you watch the short film we’ve attached to this post, you’ll note that there is a sometimes startling straightforwardness in the absence of nuance. We need nuance to fill in the spaces between our more obvious interactions. But, if that nuance doesn’t come naturally, then someone has to make visible that which would otherwise not be seen. What we do not see in this particular film is the inner pain of Annie and her mom. Sometimes it’s very obvious; other times, as in this film, kids as well as parents can conceal the longing they have for connection.

The rewards for this kind of work are enormous. If anything, you are reminded again and again that we are all—all of us—a lot more alike than different. That sentiment, of course, is simultaneously blunt and nuanced. And that’s kind of the point. 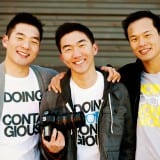 Believing that well-told stories can change the world, Jason, Eddie and Eric joined together to create Jubilee Project, a production group that makes films to inspire change. Their diverse backgrounds - Jason worked in bu...

Music For Autism Is Music For All: Reshaping And Expanding A Disability-Friendly Space