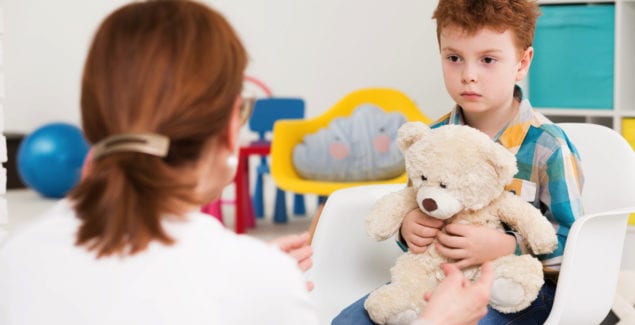 By The Lurie Center for Autism

Sam is an adorable 5-year-old boy with curly brown hair and large inquisitive eyes. As a baby, Sam was easy! He rarely cried and seemed to entertain himself for hours – the perfect first child. But by his 1st birthday, Sam was not yet talking. Family and friends thought he might be shy. He tended to play on the outskirts of the playground and enjoyed being on his own. By the time he was 18 months old, he was using a few single words to express his wants and needs; however, his parents were concerned that he was not talking as much as other kids his age.

Despite this, Sam’s motor skills were strong. He sat up, started to crawl, and walked at the usual times, though he tended to walk on his toes and he sometimes became uncontrollably “excited.” He would spin his body in circles with his back arched, head tiled up, and hands flapping by his side. Sam could spend hours examining his collection of toy trains, but never seemed interested in the train track table or other toys such as action figures or dolls. He carried his favorite toy train everywhere and had a keen sense to find small, round items like buttons and coins wherever he went. Although his parents loved his passion for trains and attention to detail, they worried about his language delays and limited social play.

After consulting with their pediatrician, Sam was referred for a developmental evaluation and ultimately diagnosed with an autism spectrum disorder (ASD). Sam’s diagnosis was earth-shattering. With the diagnosis, his parents were hit with a wave of tremendous sadness mixed with a sense of relief that they had an answer. The diagnosis came with so many unknowns, questions, and worries about the future. Will my child speak? Will he ever make friends? Will he go to college? Will he get married? Will he be happy? Quickly, his parents became overwhelmed by the long “to do” list. They wanted to do everything to help Sam, but were lost in a sea of acronyms and unknown treatments.

ASD is a life-long developmental disorder that is usually diagnosed in childhood. Children with ASD have trouble with social interactions and communication. They can also become focused or stuck on specific topics. They might have a tendency to move their hands or rock repetitively or have other unusual behaviors. Although these behaviors may appear strange, they are often enjoyable for the person with ASD.

Despite the challenges, many people with ASD have strengths or skills in specific areas such as art, music, or math. Although their social interactions may seem unusual, many people with ASD enjoy interacting with others and making friends. They are often creative, thoughtful, and can have a great sense of humor.

Fortunately, there are many things we can do to help children with ASD learn and flourish. All children with ASD benefit from intervention and support to reduce their challenging symptoms and increase their abilities and independence. Children who are diagnosed early are able to begin treatment right away.

Still, entering into the world of autism treatment can be overwhelming. There are many different treatments and acronyms for parents to learn. Here are some of the common treatments for ASD.

Early and intensive intervention for ASD has been found effective at building skills and reducing symptom severity over time. Early intervention is associated with the best long-term outcomes.

Although many of the primary interventions for ASD involve behavioral treatment, other therapies can be instrumental in treating the language, motor, and sensory challenges children with ASD experience.

Many children and teens with ASD yearn for relationships but may experience social isolation, exclusion, or outright bullying. These challenges can become especially difficult during middle school when cliques and popularity loom large. Parents may also struggle to find the right way to support their child’s social interactions and behavior.

Most people with ASD live long and healthy lives. However, some children with ASD may experience medical difficulties like seizures, sleep difficulties, and stomach problems. Children with ASD are at higher risk for certain medical conditions, such as constipation, gastroesophageal reflux disease (GERD), or seizure disorders. It is not uncommon for children and teens with ASD to see specialists such as gastroenterologists or neurologists in addition to their pediatrician. In children who have limited ability to express pain or other physical symptoms, even seasonal allergies can be difficult to identify.

Behavioral health problems are also not uncommon. Some children with ASD experience problems with hyperactivity, severely persistent repetitive behaviors, or aggressive/self-injurious episodes. Behavioral therapies such as ABA, described above, can help reduce these behaviors. In severe situations behavioral medications can also be helpful and can be prescribed by psychiatrists, behavioral neurologists, developmental pediatricians or psychiatric nurse practitioners. Reducing these behaviors can allow schooling to be more effective and allow for increased independence and community involvement.

Children who are “higher functioning” on the spectrum can be particularly at risk for anxiety disorders and depression, especially if they feel estranged and ostracized from peers. Sensory sensitivities can make routine experiences such as thunderstorms or crowded rooms difficult and changes in the usual routine can be highly anxiety provoking. Among people who have insight into their diagnosis, the teenage/young adult years can be difficult as they struggle to find their niche and worry about how they will handle the demands of adulthood. Seeing a therapist can be helpful in developing skills to identify and manage emotions and to cope with the frustration and confusion that may come with social interactions and demands.

All of these different care needs can feel overwhelming. But there is a larger community of people and families who care for and love someone with ASD, and connecting to this community can make all the difference. The Autism Treatment Network (ATN) is a group of autism centers across North America that helps to connect families to information, services, and supports.

Contacting the ATN Autism Response Team can help in finding local providers and parent/caregiver support. They can also help in learning about federal laws that protect educational rights for children with ASD. Many states have specific laws that protect and ensure insurance coverage for ASD-related care.

Autism Spectrum Disorder is a lifelong condition and there is no crystal ball to know what the future will hold. That being said, all children can learn new skills towards making progress in pursing the greatest possible independence and quality of life.

To get in touch with a member of the Autism Response Team: 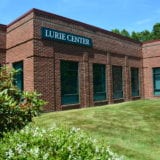 The Lurie Center for Autism

The Lurie Center for Autism at MassGeneral Hospital for Children is a multidisciplinary program designed to evaluate and treat children, adolescents, and adults with a wide variety of conditions including autism and autism spectrum disorder, Asperger...