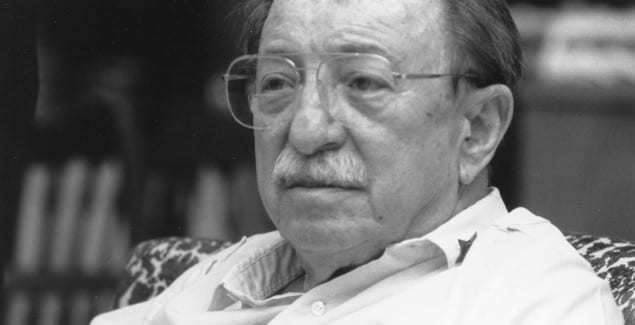 In honor of Veterans Day and all of the men and women who have and continue to serve this great country, we’re reposting Dr. Gene Beresin’s memories of his father and his sacrifice below.

Waking my dad early in the morning was terrifying. I learned not to do it—not an easy thing for a very young kid.

When I crept into my parents’ bedroom across the hall, I found that if I jumped into bed on my mom’s side, it all went just fine. But, if I even so much as tapped my dad and woke him from a sound sleep, he’d jump a mile high, terrified, screaming, “What is it! What’s happening? What’s going on?” It was damn scary. I learned quickly to go to the right side of the antique maple bed—never to the left.

And, if I woke Dad from a nap in his study (he would often crash on the tiny bed there after working endlessly on his lectures and slides, or writing books), he would jump and scream just as loud. So, I stayed away and let my mom do it.

There were also the bouts for a week or two of shaking, sweating and turning beet red, up night after night – events I recall once or twice during my childhood. Mom said not to worry; he was just having some sort of reaction to an illness he got in the war. “Malaria,” she said. “It will pass.”

Don’t worry? My dad was convulsing. He looked like he was going to die!

No one ever told us about PTSD. The term was not even a term back then. It was the 1950s, and later, the ‘60s; my generation only knew that our dads had fought in “the war,” and that now, they were home.

In fact, my dad loved to watch World War II movies. We watched them together ritually, just as we watched football games. I knew he hated the Nazis, and I was glued to the screen. As I got older, I started asking questions.

He said that after Pearl Harbor, he volunteered for service in the Army. He had just finished dental school and didn’t have to go, but it was not something he could personally avoid. He was placed in the 77th Division (later known as the “Bloody 77th”), and was sent to the Pacific Front. He told me that he was made a medic, even though he was a dentist. Hell, they needed doctors. But, he also said that he never took the lock off his gun because he was afraid of killing someone, even in a division that lost more men than almost any other brigade in the Pacific.

My father lost all of his friends. Everyone between Guam, Leyte, Okinawa and all the other islands…gone. His feet were never cured of jungle rot.

My father joked that he would often trade dental care for the commanders in exchange for Scotch to bring back to his buddies. It sounded like M.A.S.H., and I suppose it was.

Then he told me how terrifying it was waking up in the mud to gun shots and bombs, never knowing where he was, or where they would be going in the dark jungle night, stumbling around in the wet weeds. How frightened he was as he carried a heavy backpack down the side of a tall battleship in the dead of the night. My dad’s long-standing fear of heights began to make sense to me. So did his exaggerated startle response when he woke from a Sunday nap.

One day, my mom was cleaning out his dental cabinet, and I noticed a bronze star. Find me the kid who doesn’t like medals! I asked my mom where it came from, and she told me to ask my dad.

“So we were in a fleet somewhere in the Pacific Ocean, headed from one island to the next, and the Japanese attacked by air. A number of boats sank, and ours was one of the only left afloat. There were many casualties, and all were brought aboard. I was the only medic. I had to stop bleeding, sew guys up, and rally my boys to help. We saved a bunch of lives, but lost many.”

My dad had a great sense of humor. I guess it runs in dentists. You know, they have captive audiences for their jokes, and how can you complain with all that cotton in your mouth? When he took the cotton out, he usually asked his patients to tell their favorite jokes (often dirty ones), and he kept the best ones to pass onto others.

It turned out his dental books were translated into Japanese. He even made a number of wonderful friends there, visiting often as a guest lecturer and beloved colleague. It was puzzling to me that he held no grudges with the enemy—at least not with the Japanese.

War was war, he’d say. And hey, he was on the way to Tokyo when the bombs dropped. While he was grateful for the end of the war, he knew the devastation that resulted.

Still, even though he and Mom traveled all over the world, he always refused to go to Germany. It was too much, having grown up a Jew, the son of Russian immigrants—even a secular Jew. I wonder how he would have lived through the horror of the war if he were on the Western Front instead. His PTSD would have probably been much worse.

Look: my dad suffered from PTSD his whole life. Nothing substantially changed. We all learned to live with it, and so did he. Thankfully, he was not incapacitated, and enjoyed a productive life as a dentist, teacher, father and friend. He took great care of his patients, and they loved him. But, the war left a mark on him and on all of us.

And, I still love watching war movies. They make me think of my dad.

We understood malaria and foot rot; they were medical problems brought home from the war. But, the symptoms of PTSD were really scary and baffling. While he suffered, he accepted his condition as just the way he was—nothing more, nothing less. I do wonder now if he’d gotten treatment whether it would have made a difference. Perhaps. But, he’d never see a shrink—not for this. I’m not sure if it was the stigma, or just not what WWII vets did. It wasn’t even an option for consideration.

As I look now at the challenges facing our nation, I understand that I was lucky to be the kid of a vet who did not suffer like many of our veterans do. Unfortunately, many brave men and women are suffering terribly, and that suffering is made worse by the stigma inherent in having a psychiatric disorder. Even PTSD, a well-recognized and accepted syndrome, brings with it shame and prejudice. Hopefully now that we know more about this disorder—its impact on families, and its treatment—others will get the help they need.

I’d like to be able to say that to my dad if he were still around.