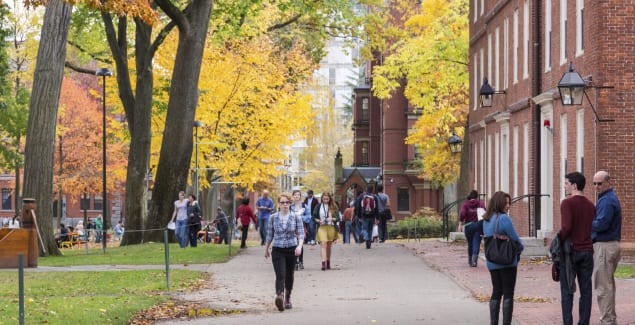 Despite the illegalization of hazing in 44 states and the implementation of anti-hazing efforts on school campuses across the U.S., these high risk and oftentimes life-threatening practices continue not only in Greek life and among various sports teams, but also in marching bands, military groups and even honor societies.  Students commonly perceive these initiation rituals as harmless fun and group-bonding exercises; however, they can progress to downright dangerous behaviors that may even result in fatalities—as in the case of Florida A&M drum major Robert Champion, Jr., who died following a beating by fellow band members during a hazing ritual in 2011.

This tragic death has brought the topic of hazing back into the spotlight recently, as former Florida A&M band member Dante Martin has since been sentenced to more than six years in prison for manslaughter and felony hazing, the longest sentence ever in a collegiate hazing death.  He was one of fifteen individuals charged, but the only to receive prison time thus far.

Seven students from Sayreville War Memorial High School in New Jersey also made headlines when they were charged with sex crimes in a football hazing investigation: four freshmen members of the football team were allegedly held against their will, while the upperclassmen defendants improperly touched them in a sexual manner.  The seven students have been suspended, and the football season cancelled.

You may be asking at this point: What actually is hazing?

Hazing can be defined as “any activity expected of someone joining or participating in a group that humiliates, degrades, abuses, or endangers them, regardless of a person’s willingness to participate.”  Common hazing practices include alcohol/binge drinking, humiliation, isolation, sleep deprivation and sexual acts.  Additional hazing rituals that may lead to traumatic injuries include beating, branding, consuming nonfood substances and simulated drowning.

Much of the scientific evidence about hazing practices and their prevalence is drawn from the results of two significant studies: the first from Alfred University in 1999, and the second from The University of Maine in 2008.

Researchers from Alfred University conducted a survey of 325,000 athletes at National Collegiate Athletic Association (NCAA) institutions, and found that 80% of the respondents endorsed that they were subjected to “questionable or unacceptable activities” as part of their athletic team initiation.

The National Study of Student Hazing from The University of Maine, meanwhile, surveyed more than 11,000 college students across a range of student organizations and athletic teams nationwide.  Results revealed that 55% of college students involved in clubs, teams and organizations reported that they had experienced hazing, and 47% reported that they had experienced hazing in high school.  The study also found that in 95% of the cases where students identified their experience(s) as hazing, they did not report the event(s) to campus officials.

The study also showed that 9 out of 10 college students and 8 out of 10 high school students who experienced hazing behaviors did not actually consider themselves to have been hazed.  This demonstrates a discrepancy between student experiences of hazing, and their willingness to label them as such.  Numerous students may justify hazing practices as promoting group unity and a sense of accomplishment.

However, the fact that so many students accept hazing, and even see it as a positive experience, seems curious—why would any student applaud humiliation and dangerous activity?

Perhaps some students consider hazing an expected “rite of passage.”  Perhaps some are willing to endure this torture because they feel it necessary to be accepted as part of the group.  Or, perhaps some feel that because those above them in the hierarchy of the team, fraternity, or student organization went through it, so they should as well.

The reasons for its acceptance remain varied and nuanced, but this much is clear—it’s going to require a multifaceted approach from parents, students and school administrators to attempt to change this part of our student culture.

So, how can parents help?

While most parents are excited about their children pursing extracurricular activities and interests, the risk of hazing raises considerable safety concerns that cannot be ignored.  As a parent, you should:

How can students help?

Students must work together to make changing the culture of hazing a priority, just as they need to change many other aspects of campus life that are potentially destructive, such as sexual assault, binge drinking, or inappropriate use of digital media.  If you’re a student:

And finally, how can administrators help?

While the majority of schools have anti-hazing, zero tolerance hazing policies in place, the National Study of Student Hazing found that the students surveyed had limited exposure to hazing prevention efforts beyond a “hazing is not tolerated” approach.  Higher initiative from school administrators is therefore essential.  If you are a school administrator:

In conclusion, despite current anti-hazing efforts, these high risk and oftentimes life-threatening practices continue to be a major problem on high school and college campuses.  A multifaceted approach is critical to try to change what has, unfortunately, become a cultural norm.  Being proactive and learning about hazing and its consequences is a necessary first step in maintaining safety.  Hopefully the tragic death of Robert Champion, Jr. will continue to stimulate much needed hazing education and preventive actions for the future. 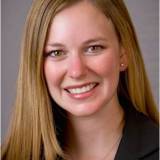 Michelle Chaney, M.D., MScPH is a resident psychiatrist at the University of Florida. She completed her undergraduate studies in economics at Harvard University, her Master of Science in Public Health at the London School of Hygiene & Tropical Me...