When teens talk of suicide 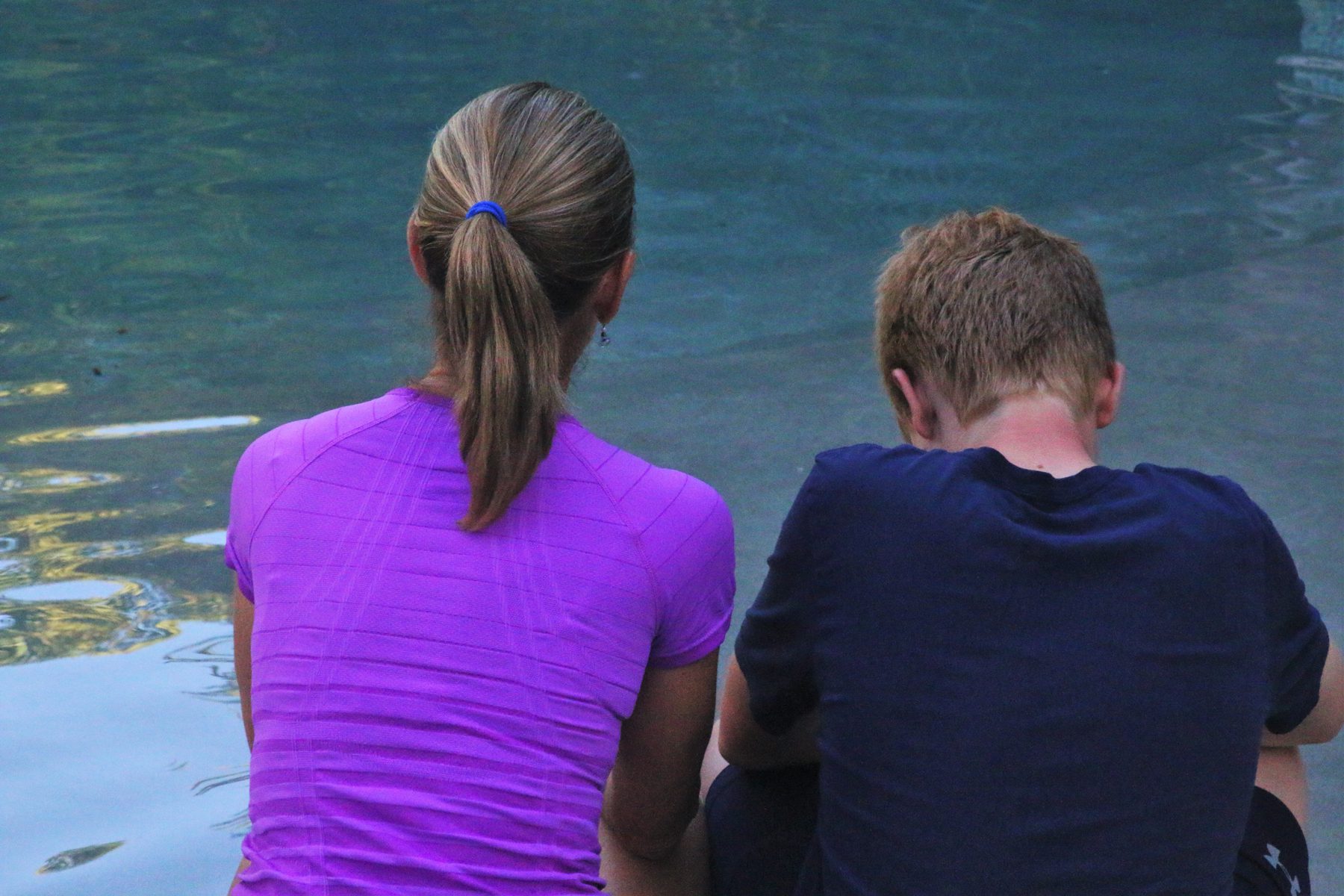 In this video, we discuss what families should know about suicide among children and teens.

Listen in to our podcast. Steve and Gene discuss how to talk to a young person that you’re worried about, how to talk to someone who’s been impacted by suicide, and different kinds of community support.

Here’s the kind of call we get all too frequently:

Doctor, my son said he just doesn’t care about living anymore. He’s been really upset for a while, and when his girlfriend broke things off, he just shut down.

Needless to say, situations like this are terribly frightening for parents. Kids break up with girlfriends and boyfriends all the time. How, parents wonder, could it be so bad that life might not be worth living? How could anything be so awful?

For clinicians like us who work with kids, these moments are at once common and anxiety-provoking. We know that teenagers suffer all sorts of challenges as they navigate the murky waters of growing up. We also know that rarely do these kids take their own lives. Nevertheless, some of them do, and parents and providers alike must share the burden of the inexact science of determining where the greatest risks lie.

Suicide has been in the news lately with a flurry of new research and reports and, of course, the highly controversial Netflix series 13 Reasons Why.

But suicidal behavior among teenagers and young adults in their early 20s is different and unique.

So let’s look at a couple of fictional — yet highly representative — scenarios.

Charlie, a 16-year-old high school junior was not acting like himself. In fact, those were his parents’ very words. Previously a great student and popular kid, Charlie gradually started behaving like a different person. He became more irritable, more isolated and seemed to stop caring about or even completing his homework. Then one morning, just before before school, he told his mother that he wished he were dead.

There are countless other examples. Sometimes kids say something. Sometimes they post a frightening array of hopeless lyrics on Facebook. And most of the time — and this is important — kids don’t do anything to hurt themselves. Morbid lyrics and even suicidal sentiments are surprisingly common in adolescence. Still, this does not mean for a second that we take these warning signs lightly. In fact, there is a common myth that asking about suicide perpetuates suicide. There is not a shred of evidence in support of this concern, and in the studies that have been done, the opposite appears to be true. Kids are glad to be asked.

We have to ask. It’s really that simple. But, we ask with some very basic facts in mind. Suicidal thinking, and even serious contemplation of suicide, is, as we mentioned, very common among high school students. In the Center for Disease Control Youth Risk Behavior Surveillance Survey distributed every two years to about 14,000 high school kids in grades 9-12, students are queried about a range of high-risk behaviors, including suicide.

In 2013, 17% of teens reported seriously considering suicide, and 8% made actual attempts. Each year in the United States, about 15 in 100,000 kids will die by suicide, making suicide the third leading cause of death in this age group. Additionally, we have no idea how many deaths by accidents (the leading cause of death) were, in fact, the product of latent or active suicide.

The greatest risk factors for a teenager to die by suicide include the presence of some mood disorder (most commonly depression), coupled with the use of drugs, or other substances, and previous attempts.

Although research suggests that girls attempt suicide more often, boys more often die from suicide. Add these risk factors together, and it turns out that Caucasian boys are at highest risk.

Some of this is also driven by a still immature brain. Impulsive behavior is notoriously common in teens, and in many cases, it looks as if the act of suicide was the result of a rash and sudden decision.

So, we know kids mostly don’t try to hurt themselves, but we also know that sometimes they do.

That sounds like a recipe for unfettered worry among parents. What can parents do when faced with these frightening scenarios?

1) Talk with your child. As we mentioned above, there is an insidious but understandable myth that asking specific questions about your kid’s thoughts, feelings and plans about suicide may lead him or her to self-harm. This is an extremely dangerous misconception. Kids who are in trouble are relieved to be asked. However, having an organizing set of principles when engaging in these difficult conversations is immeasurably important.

2) Consider any recent stress factors in the life of your child or family. While suicide does not come about from stress alone, critically-trying emotional experiences — prolonged marital conflict, a death in the family, medical illness, chronic learning problems, or particularly dramatic relationship challenges — may precipitate depression and suicidal thinking.

3) Talk with your partner, friends or relatives who know the child. Don’t worry alone! It can be awfully hard to know what a teenager is thinking. We can define substances, irritability and even depressed mood as common among adolescents. So, how can we possibly know when, what appears to be common, is, in fact, a harbinger of risk?

4) Call your pediatrician or a mental health counselor. It’s wise if you’re really worried to call a professional. These are, at the end of the day, relatively common calls in the child mental health world. Start with your pediatrician, letting him or her know what has changed in your kid’s behavior. From there, you might be referred for further evaluation. Your teen’s school psychologist is also a good person to ask.

How To Navigate The Mental Health System

The mental health system is not easy to understand. Access to care is limited, especially among professionals trained in child and adolescent psychiatry and psychology.

If your inventory of questions leads you to really worry, go to a local emergency room immediately. If possible, you should try to go to an emergency room that has a department of psychiatry or professional mental health workers readily available. Don’t, as we said, worry alone. Enlist others in the difficult decision about what to do next.

Suicide is a problem among adolescents. While mental health clinicians may receive these calls often, they’re never — and shouldn’t be — easy. But, this is also what we in mental health have signed up to do. We cannot be slow in taking the necessary steps to ensure the safety of our teenage-kids.

– A version of this post originally appeared and was written by the authors (Beresin and Schlozman) on WBUR’s CommonHealth.