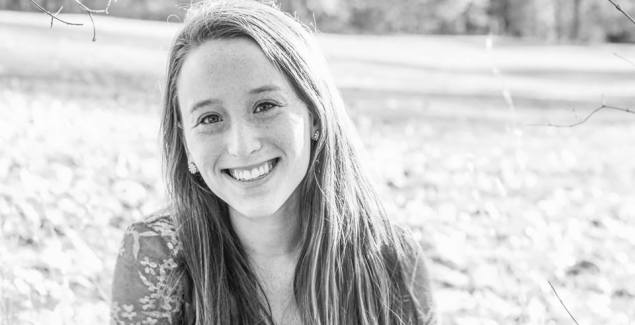 Note: The following person’s account of his/her personal experience has been published with his/her consent to support the mission of The Clay Center for Young Healthy Minds, and let others in similar situations not feel so alone.

Alison Safran is a 22-year-old who graduated from Mount Holyoke College in May 2014. She was the victim of a sexual assault as a senior in high school in one of Boston’s suburbs.

She didn’t initially confide in her parents because she was unsure that they’d understand. However, when her symptoms of post-traumatic stress disorder (PTSD) increased, she sought help from a clinician who referred her to the psychiatrist currently treating her. She has since improved immensely.

Ali’s story is about her resilience, but it’s also about how good can emerge from a terrifying experience.

In this blog and the podcast above, we’ll describe Ali’s experience in college, her navigation of the legal system and her courageous efforts to help other victims of sexual assault. All of the quotes cited here are Ali’s.

Symptoms After An Assault

“After I was assaulted, I developed what I now understand as PTSD symptoms, but at the time, I didn’t even know what PTSD was. I was miserable. My symptoms continued into my first year of college, which made an already stressful time even more difficult. It was hard to sleep and function normally.”

When Ali attended a local university, her dorm contract placed her in a co-ed facility. This situation was not easy for her, as she was experiencing the height of her PTSD—in large part due to the stress of her filing a criminal complaint against her assailant. It was very difficult for her to live near male students who were often partially undressed in the common room.

“Even though living in a co-ed dorm is a normal part of college life, dealing with being around men while I was engaged in the criminal justice process made me feel unsafe.”

Stress Of A Co-Ed Dorm

While she, her parents and even her psychiatrist tried to release her from her dorm contract, the university continued to decline the requests until eventually persuaded by a member of the Board of Trustees. She felt that though her professors were understanding and helpful in providing accommodations when needed (i.e. allowing her to miss class for court appearances), the university administration itself did not understand or appreciate the impact of her living situation given the sexual assault and upcoming trial.

“My stress level was already far above that of the average college freshman. With the legal process I was pursuing, my school could have chosen at the very basic level to help me relieve some of that stress. It chose not to do so.”

Ultimately, Ali decided to transfer to another school (Mount Holyoke College) in hopes of finding a more supportive environment, and to be farther away from her perpetrator, who continued to harass her even as she started her sophomore year at that new school.

“One of the major reasons I transferred colleges was to be farther away from my assailant. Even after transferring, and after my restraining order had expired, my assailant continued to harass me over the phone. I had to change my cell number. I discovered that many others who have been assaulted continue to experience retaliation and ongoing verbal abuse and threats from their perpetrators—even in the midst of court proceedings.”

Ali is not typical of many young women who are in this situation. Completely on her own accord, she sought free legal representation through the Victim Rights Law Center in Boston. With the support of the center, she subsequently decided to file charges against the perpetrator. Ten days before the case was set to go to trial, the assistant district attorney dropped the charges. (Ali says the reason for that is that she could not remember what was considered to be an important detail: how the perpetrator had left her car after assaulting her.)

Ali reminds us that those suffering from PTSD may not recall specific details of a traumatic incident. In this case, her inability to recall resulted in the case being dismissed. Ali still has some symptoms of PTSD today—including trouble sleeping, flashbacks and intrusive memories—five years after the event occurred.

The legal process itself can be highly traumatic as well. Reporting the story of a sexual assault multiple times rekindles the flames of panic, exacerbating PTSD. This is why many victims are reluctant to recount their horrifying experiences. While Ali initially only told a few friends and her brother about being assaulted, her attempt at prosecution required extensive disclosures to multiple attorneys, as well as testifying in front of her assailant’s parents, police officers, judges, victim advocates and legal interns.

Like many victims who choose to take the legal route, Ali found the judicial system less than supportive.

“I understand that the law is written to protect us all, and that everyone is innocent until proven guilty. However, there must be a better way to obtain information from victims of sexual assault. And, there should be a greater understanding of the impact of PTSD on memory, emotions and behavior. Something needs to change in our legal system.”

When Ali transferred to Mount Holyoke College, she became a rape crisis counselor for students in her community.

“Transferring was enormously helpful to me in my healing process. It allowed me to move to a supportive environment, and to get away from a place that holds so many traumatic memories. I also needed to be distant from the failed legal process.”

Her junior year of college, Ali initiated a website, “Surviving in Numbers,” to help others who are victims of sexual assault.

“I started ‘Surviving in Numbers’ to help other victims feel less alone, and to give them a space to share their stories without being stigmatized.”

Through her work, Ali has been named one of 50 Global Heroes Ending Sexual Violence by Together for Girls, a Clinton Global Initiative that brings together five UN agencies, the U.S. government and the private sector. “Surviving in Numbers,” meanwhile, has received international submissions from survivors of all ages and considerable media acclaim.

Beyond producing and sustaining her website, Ali has developed curricula for high schools that aim to prevent violence, and in the past year, has taught classes at a number of schools in the Boston area.

While helping to develop a resource manual for the rape crisis center she worked at, she called a number of mental health departments at colleges in the Boston area to investigate the range of services available to victims of sexual assault.

“What I found was astonishing! There was a huge disparity among colleges in their awareness of what to do, and what services to provide. I called approximately 15 colleges in the area to find out what their procedures were for someone seeking counseling after being assaulted. Some college officials in the health centers had no idea what their protocol was in the aftermath of sexual assault, or whether they even had one, and others only offered a very limited number of counseling sessions for victims. Many did not know if their counselors were even trained in evaluating or treating individuals who were assaulted.”

She also found that there were far too few clinicians in college mental health services locally and nationally. Ali’s findings are supported by the data reported in the 2012 survey of the Association for University and College Counseling Center Directors. According to this report, the ratio of certified mental health workers per student population are 1:664 for small colleges, 1:1,864 for mid-size colleges and 1:2,731 for large universities. It is unclear how many have specific training in sexual assault and PTSD.

In Ali’s survey, there also appeared to be little to no education for students or college personnel on how to manage situations involving sexual assault and harassment (including proper procedures for conducting an investigation, and for helping those reporting an offense). Moreover, she found that the clinical care of victims through free visits or through visits covered by insurance was highly variable, but overall totally inadequate for the assessment and treatment of a struggling student.

Many who have shared their stories on “Surviving in Numbers” chose not to report an offense or receive help through counseling.

“It’s important to remember that 1 in 5 female students have experienced sexual assault on our college campuses, and over 80% of victims develop PTSD. Despite increased awareness of sexual assault right now, victims are still stigmatized in our culture, and worry about feeling blamed. Many simply do not know how to navigate the complicated mental health or legal system. There are many other reasons why people may not report being assaulted, but these are the most common.”

Ali is doing well, and remains deeply committed to helping the many victims of sexual assault, particularly young people who are assaulted before or during college. Thankfully, there is a new dialogue about enforcing Title 9 on all college campuses. However, it remains to be seen how colleges will take definitive action to protect and defend our vulnerable youth.

We owe a great deal to Ali, and many like her, for bringing greater attention to our nationwide need to improve prevention, early intervention and care for those who are sexually assaulted—and for empowering those victimized to come forward.

Alison Safran is a 2014 graduate of Mount Holyoke College from Newton, MA, and the founder of “Surviving in Numbers,” a website dedicated to supporting victims of sexual assault by providing them a safe place to share their stories.

“You would do it if you loved me.” Teens, Coercive Relationships, and Digital Media