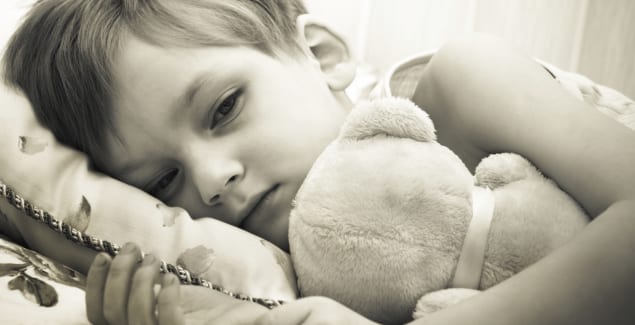 Posted in: Hot Topics, Infants & Toddlers, Pre-School, You & Your Family

I grew up before the oral polio vaccine; my mother wouldn’t let me go to swim parties for fear of my contracting the awful disease. Her brother had polio as a child, and for many years was partially paralyzed.

So, it shocks me to think that some parents would choose not to vaccinate their kids. It shakes me up given my childhood experience, and my knowledge now as a physician.

What amazes me is that we’ve seen a world with global plagues, many of which weren’t all that long ago. Smallpox and polio killed millions. And, before them, measles, mumps, diphtheria and whooping cough. All of these germs are highly contagious, and all can have dire consequences.

So, what could possibly be the rationale for not vaccinating your child?

The most pervasive argument against vaccinations continues to be the alleged risk of autism. Some investigators have suggested that a preservative called thimerosal might have a causal relationship to autism. Others argue that even with the latest measles outbreak in Disneyland, the overall risk of children contracting measles in this country is still incredibly low. Finally, in addition to the question of causing autism, some stress that there are a host of well-documented medical risks associated with receiving vaccinations that should not be forced on parents or their children.

But let’s be clear. There is a wealth of scientific research that has shown no association between vaccinations and autism. Even so, the questionable ingredient, thimerosal, has been removed from all but a few influenza vaccinations in 2001. Further, vaccinations are protective of both the individual and the “herd.” In other words, the more people are vaccinated, the less common the disease is in our society. Hence, as a public safety measure, it makes epidemiologic sense to continue broad-based vaccinations.

Here’s where the arguments get more tricky:

What about free choice? What about patient-centered care? Isn’t medicine in the United States intended to be a collaborative effort between doctor and patient? Aren’t we blocking an individual’s right to choose by enforcing vaccinations? All 50 states require mandatory vaccinations, even though there are no federal laws mandating these interventions.

All of this hand-wringing inevitably leads to this query: Should we as a society mandate vaccinations? Remember that vaccinations not only protect us, they protect individuals in our population who are uniquely vulnerable. A child with a compromised immune system can become gravely and rapidly ill if he or she is exposed to a highly infectious agent. Granted we can’t protect these children from all infections, but we can protect them from the diseases for which vaccinations are well-designed. Children with leukemia, for example, can’t be vaccinated. Those children are counting on other people’s immunity.

From an intellectual distance, this becomes a fascinating debate. To what extent, we might ask, do individuals in a community owe that community an equal parcel of risk? What is the role of individual responsibility to the society at large?

In other words, shouldn’t we protect our most vulnerable child—especially when the risks are low?

Obviously the balance between individual rights and what’s in the best interest for society is at stake here.

But outside of philosophy, what’s a parent to do?

Here’s my bias, and I emphasize it as my personal and professional opinion:

As a doctor who cares for children and families, and as a father, I cannot possibly justify a decision not to vaccinate one’s child. Not only is it putting the child at risk, far greater risk than the vaccine itself, but it’s putting our world—yes, our entire world—at risk.

Modern medicine has its risks. Every time you agree to a medical procedure for your child, from administration of an antibiotic, to surgery for a burst appendix, you take chances—even very small chances. Most parents freely take these risks because the benefits for their kids far exceed the possible negative consequences.

I think most of us would be hard pressed to say that we’d choose to turn back the clock to the days of global plagues, unsterile surgical techniques and no life-saving medications. One might say, “This won’t happen just because I choose for my child to remain unvaccinated. He’s just one child.”

But for every decision of this kind, we place our world at greater risk.

Is it worth it?

The Psychological Effects of the Flu