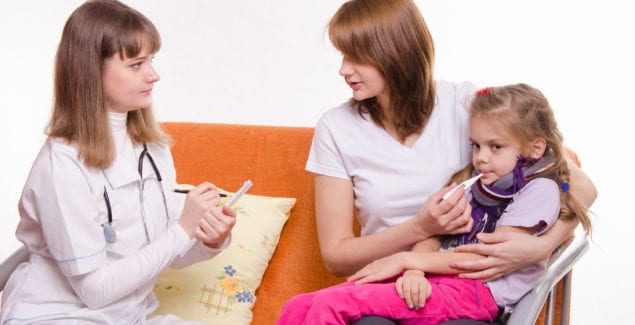 Two news stories caught my eye over the past two weeks, and both filled me with sadness and dread.

The first was the heart wrenching story that detailed the pain of a family whose seemingly otherwise healthy teen daughter died from the Influenza Virus.  She died from “the flu.”  The story was, quite literally, a nightmare, and my heart and thoughts go out to that family and indeed to every family who has suffered like this.

The details of that story are as predictable as they are frightening.  A teen girl looks sick with a bad cold everyone expects her to recover from “the flu,” until she expires.

That’s the whole story.  I know that rarely, horribly, sometimes the disease that isn’t supposed to win happens to win.  That’s maybe the hardest part of being a doctor.

Pediatrics article on the Influenza Vaccine

The second story came across my e-mail server as a news wire from the Am erican Medical Association.   That story noted that most children who have died over the last few years from the Influenza Virus were not vaccinated.

And then I wandered, in that way that Internet affords, through a dark forest of increasing skepticism towards the use of vaccines in general in the U.S.  This skepticism was brought out and in fact played what I guess is a somewhat expected role in the populist rhetoric of our recent contentious presidential election.  Donald Trump, during the campaign as well as after assuming the Presidency, has continued to stoke the fires of anti-vaccine sentiment.

And THEN, as I thought all about all this, I got really scared.

Because let’s face it.  These are hard days for facts.

In some ways, being called a fact in the first place is up for grabs.  It’s like we’re living with the famous umpire who says that the pitch doesn’t even exist until he calls it a strike or a ball.  That means we have an increasingly shaky foundation when we’re deciding who and what to believe.

In this kind of environment, where fact and fiction fail to repel each other, where a conspiracy makes a better story than common sense, where fear of can generalize from one idea to another, I worry that we are sitting on a powder keg of sorrow if things get out of hand.

Here is my nightmare scenario:

In a populist world-view, the word of the expert has always suffered. That’s not a particularly profound statement, but that’s probably because it’s so bloody obvious.  Who constitutes an expert becomes fluid well beyond the realm of skepticism.  After all, it makes sense to be skeptical of advice.  That’s why we have a brain and a community – to examine the believability of the advice were given.

But in a populist worldview, there is precedence for movement beyond the narrow vetting that is necessary to examine what we are told by our experts, and to make our way blindly into a world where we trust none of our experts and, in fact, fear the good intentions of our experts.

I’m not naïve.  I know that experts and so-called experts have at times led us astray.  I know that I need to read the news and the recommendations coming my way more carefully than ever.

But I also know that we need to examine what we’re told on a case by case basis, and it is the lack of this careful and in some ways dispassionate scrutiny of each new edict that allows fears to jump across ideological lines.

So – fear of the MMR vaccine leading to Autism?  This has largely been discounted by very careful studies.  But that’s not even my point.

There are all sorts of reasons to get that influenza vaccine.  Sure, I’m a child psychiatrist, but I don’t need to be a shrink to understand the devastating effects of poor primary and preventive health care on a family’s well being.

Many of the reasons that people don’t get a flu vaccine are well known and largely unchanging.  They’re listed here. Let’s not let our new found and fear-fueled desire to avoid falling prey to fake news lead us down the path of unchangeable and horrible outcomes.  There’s too much at stake.