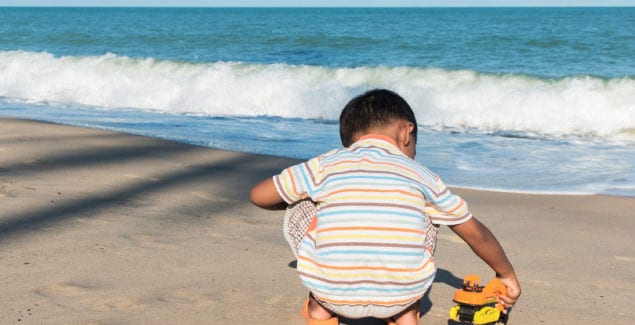 Posted in: Infants & Toddlers, Pre-School, You & Your Family

We know that the rates of autism are increasing. The exact cause of this increase remains unclear, although it appears there are several factors at play. Firstly, the number of children diagnosed has been partly affected by heightened autism awareness, coupled with the improved recognition of milder cases. Secondly, we must also consider the possibility that there could be a “real” increase in the number of people with autism. The cause of this increase is still unknown, but likely to encompass both genetic and environmental factors.

What Challenges Do Children With Autism Have?

Consider Adam, a 5-year-old boy from Boston who lives with his parents and baby sister.

Adam was diagnosed with autism two years ago at the age of 3. His parents became concerned when Adam was still not speaking by his 2nd birthday. They raised this concern with his pediatrician, who subsequently referred him to a child psychiatrist for assessment. Delayed language development or problems in communication are key issues in autism, with some children having no spoken language at all. Adam has weekly speech therapy and can now say a couple of words, although his speech is much less than we would expect at his age.

Adam’s parents were also concerned that he seemed disinterested in the conversations around him, and was indifferent to his parent’s hugs, smiles, or attempts at interaction. He would often prefer to sit alone, resisting attempts to engage him in play. This was upsetting for his parents, but it highlights how a lack of social interaction and awareness are such central features of autism. People with autism often struggle with making eye contact, socializing and reading other people’s body language and emotions.  These challenges with social communication and interaction are significant issues for many children with autism, and they are one of the main symptoms used to diagnose it.

Children with autism also tend to have a restricted set of interests or repetitive behaviors. In Adam’s case, he often enjoys spinning toys, and tends to draw pictures of cars over and over again. He becomes very easily frustrated if there is a change to the family schedule, including his morning routine. His mother often struggles to get him to brush his teeth, and like many children with autism, he seems to be sensitive to different sensations of touch, as well as loud sounds.

Do All Children With Autism Look the Same?

Actually, autism is diagnosed on how a child behaves and interacts. Despite ongoing research, there is no single medical test to diagnose autism. Autism remains a clinical diagnosis made by experienced professionals who spend time with both the child and his caregivers. Children with autism may be remarkably different from one another; in fact, the emergence of the autism “spectrum” concept acknowledges these huge differences. Children with autism may not only have different clusters of symptoms, but may also display a widely differing severity of problems. Some children, for example, may only have a mild focus on routine, while others may experience severe tantrums when they have small changes to their schedule.

Additionally, children with autism are also noted to have a high rate of intellectual disability, attention deficient hyperactivity disorder, seizures and problems with the gastrointestinal system. Children with autism may also be at risk of being bullied, or experiencing depression or anxiety. These issues are particularly important to recognize, as the child may not be able to describe how he feels, or what is happening to him in the same way other children do.

Where Should You Seek Help?

Concerns regarding autism are often raised by parents, school teachers, or other people that have frequent contact with the child. In the first instance, many parents will seek help from their pediatrician. While general pediatricians are trained to assess a child’s development, they will often refer a child suspected of having autism to a specialist for assessment. Autism specialists often include child and adolescent psychiatrists, developmental pediatricians and pediatric neurologists. While blood tests, genetic screenings and brain scans are sometimes performed, they are usually used to exclude other medical conditions that may present in similar ways.

Several approaches have been tried to help children with autism. Ensuring that children with autism receive the appropriate educational services and speech and behavioral therapy, as well as the proper treatment for co-existing medical and psychiatric conditions, is critical. There are also an increasing range of advocacy groups that promote autism awareness and support, and provide parents an environment where they can feel understood. 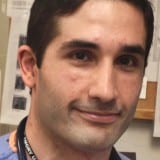 Arshya Vahabzadeh, M.D. is a leadership fellow of the American Psychiatric Association. He practices as a resident child and adolescent psychiatrist at Massachusetts General Hospital and McLean Hospital, in addition to being a clinical fellow at Harv...