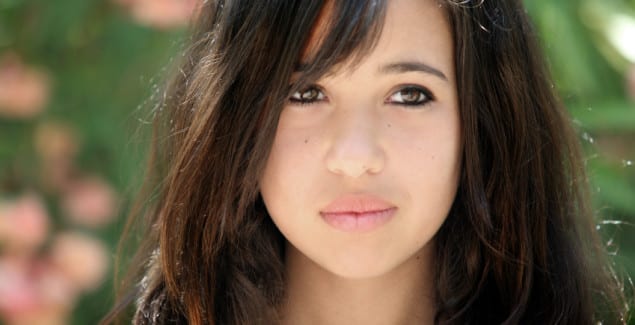 Sometimes really horrible things happen. Automobiles crash. Assaults, robberies, fires, natural disasters, terrorism—these are all products of our world that we hope to never have to face. Still, no one is immune; adults, children and adolescents endure horrors every day. But, all parents want to know when this happens to their child is, “Will my child be OK?”

Sally was 14 when the car her brother was driving hit a pocket of black ice, spinning out of control on a wintery day in Vermont. The car flipped over once, landed on its side, and then came to rest on its roof. Her brother survived, but with a fractured skull. Sally, though conscious, was trapped under the compressed windshield for a good hour before rescue vehicles arrived and used the Jaws of Life to cut her free of the car.

On the second night after her ordeal, she had her first nightmare. In her dream, the car would spin in slow motion, and she would wake with the very vivid image of her brother (who she was certain was dead at the time of the actual accident) as if he were in her bedroom. She called to her parents after the first nightmare, and they were able to settle her down by staying in the room with her. However, the nightmares continued and got worse; for the next three weeks, she experienced increased fear of loud noises, such persistent nightmares that she became afraid to sleep at all, and a slow shutting down of her usual vivacious self. Her parents took her to see her pediatrician after the second week, and she was referred to a psychiatrist. The pediatrician was concerned that she might have post-traumatic stress disorder (PTSD).

What Is Post-Traumatic Stress Disorder?

Post-traumatic stress disorder encompasses specific psychological symptoms that occur after a severe and traumatic event. Symptoms, which persist for at least one month, include a state of increased arousal, avoidance or emotional numbness, and a constant re-experiencing of the traumatic event.

Importantly, not everyone who suffers trauma develops PTSD. While almost 90% of individuals will have symptoms of PTSD after trauma, these symptoms abate in almost everyone after roughly a month’s time—this is called an acute stress disorder. Only 30% of individuals who experience trauma have persistent symptoms, and thus meet the criteria for PTSD.

Individuals may have genetic or other biological predispositions to developing post-traumatic stress disorder, but the cause of post-traumatic symptoms is always an external event. This realization has caused some debate as to the nature of what constitutes trauma. Generally speaking, traumatic events threaten one’s sense of bodily or psychological integrity, thus potentially setting in motion the need to avoid particular settings or situations, be vigilant for future attacks, and continually re-experience the event. Almost all instances of PTSD are characterized by a sense of profound helplessness during the traumatic experience. Neurobiologically, the brain appears to engage in re-experiencing in an attempt to make sense of a narrative that lacks cohesion and logic. The brain is overwhelmed at it tries to process what has just happened.

Children at different ages experience severe trauma as a function of their developmental stage. For example, adolescents may re-experience traumatic events through intrusive memories and nightmares, whereas younger children might engage in repetitive imaginative play in which traumatic themes are prominent. Children might also experience nightmares that are not immediately recognizable as related to the traumatic occurrence. In Sally’s case, her dreams are entirely in keeping with her adolescent development.

Additionally, all age groups can experience physical symptoms. Stomach-aches and headaches in the wake of terrifying events are relatively commonplace.

Avoidance symptoms include the tendency to avoid thoughts and feelings that are associated with the trauma, and often explain the emotional constriction seen in both PTSD and acute stress disorder. Younger children who are playing, for example, might abruptly change the narrative of imaginative play if their re-enactment is veering toward the theme of what happened to them. Older children are often left with a sense of a foreshortened or unpleasant future.

PTSD is nearly always treated with some kind of psychotherapy. The goal of therapy is to help the child tolerate remembering the event in the absence of the PTSD symptoms. Even children whose symptoms do not meet the full criteria for post-traumatic stress disorder or acute stress disorder may require attention. Additionally, although only a small percentage of children who are exposed to significant trauma develop post-traumatic stress disorder, many traumatized children may experience a host of difficulties, including depression, or social and academic problems. A traumatic event does not ensure that problems will develop, but the risk for problems increases among those who are exposed to horrific occurrences.

In this light, medications are often helpful. Some physicians will prescribe medications to help with sleep, and at times, medications that quell depressive symptoms or decrease heightened states of arousal are very useful.

What Can a Parent Do?

In general, helping a child cope with recent events requires special consideration of his or her developmental capacity and unique personality. Elementary school children tend to think concretely; they are most concerned that rules be well known and properly followed. This preoccupation allows them to feel safe, and to trust their own capacity for accomplishing tasks. Adolescents, by contrast, begin to develop the capacity for abstraction. They, too, are concerned with safety, but they use their ability to view issues from multiple angles to better plan for and understand the world around them.

However, in times of crisis, kids will move backwards developmentally. School-aged children may wet the bed. Teens might become rigid and rule-bound. To this end, parents and other adults in the child’s life need to meet students where they are.

Most importantly, the community plays a huge role. Never let a child worry alone. Adults must let students know that they are safe, and that they’re not alone with their fears. Not talking about the symptoms of the trauma when or after they have occurred usually makes things worse. The child himself wonders whether he is suffering as much as he feels he is.

Sally was given low doses of lorazepam (an anti-anxiety medication) to help her sleep, and she met weekly with a therapist who was skilled in working with traumatized youth. After about 5 weeks, her symptoms abated, and she was able to return to her normal routine. The automobile accident would always play a role in her life’s story, but now she could tolerate that story without the accompanying symptoms and challenges.