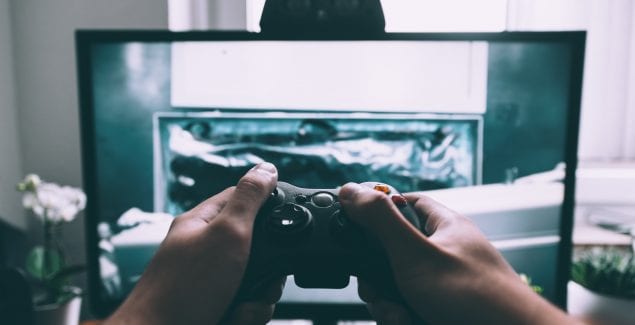 “He is playing games all the time. Every chance he gets! From the time he gets home until bedtime, he’s in his room on that computer. And spends almost no time with the family. Is he addicted? I’m really worried.”

I can’t tell you how many times I have heard this or some variation of this complaint from parents.

Gaming Disorder: What is it?

The concern about video gaming addiction has been reviewed by the World Health Organization, which produces the International Classification of Diseases (ICD). In their 11th edition, approved on May 25, 2019, they include Gaming Disorder. It’s considered an “addiction,” much like gambling addiction.

To qualify for a disorder, one must have 5 or more of the following behaviors, as proposed by the United States’ American Psychiatric Association (APA) Diagnostic and Statistical Manual of Mental Disorders (DSM-5):

Of interest is that the DSM-5 has noted that these behaviors are worthy of future study in the context of internet gaming disorder, specifically, but it has not been formally noted as a psychiatric disorder. One reason that the APA does not currently include internet gaming addiction as a disorder is related to a recent study of almost 19,000 young adults aged 18-24 from the United States, the United Kingdom, Canada, and Germany, which involved a participant checklist of these symptoms. All participants played internet games. A little more than two young adults out of every 100 reported at least 5 of the behaviors and fewer than one in 100 said they were distressed.

So, if this is a real disorder, it’s pretty rare. There are very few other studies that look at problematic game-playing with consistent methods. This was one reason for skepticism that it’s a major addiction.

Others have also pointed out that the criteria may be misleading. If playing a game is an escape from stress, maybe this is not so bad. And if it is a serious interest, how is this different from a kid or young adult who is obsessed with reading science fiction or playing the piano to the exclusion of other activities? And for other kids, what if playing games is a key part of maintaining relationships with peers? Would many parents object if their teen was obsessed with chess or fantasy football? Maybe not. It seems there is a bias from many that immersion in the world of video games is somehow a “bad” activity or a waste of time when compared to other kinds of activities.

But apart from debating the pros and cons of video games vs. other activities, and apart from the relative infrequency of the proposed disorder, if it’s your kid, it is a problem.

What Can Parents Do?

Houston, we have a problem!

This may be extreme, but just for laughs, here’s a Saturday Night Live primer on Fortnite:

We are living in a new digital age. None of us have learned how we can harness the media that are accessible to us all, and it will continue to be a real challenge. But we can work together to understand what media use is healthy and promotes sound development, and what is detrimental.

Gaming Disorder – Shrinking It Down