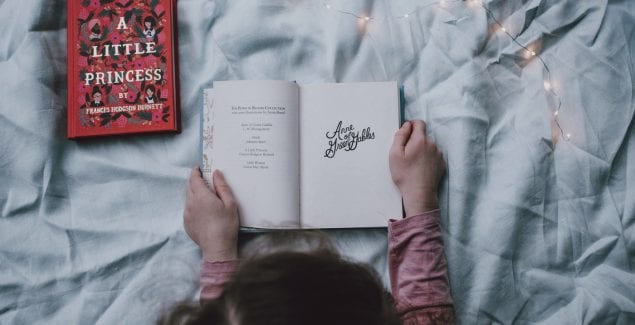 That’s not just an opinion.  That’s not an axiom or a homily or a saying or even a pithy bumper sticker slogan.

That’s a genuine biological imperative.  Our stories, the things that we tell each other when we gather for dinner, the narratives that we painstakingly write down on paper, the arcs that we scrutinize in the darkness of movie theaters, the plays that we watch on the grandest of stages or the humblest of living room floors… these stories literally keep us healthy. There’s a reason we’ve been trading stories with each other since the time when we could trade anything at all.

So, in case you had any doubt, let me be crystal clear.

Obviously, I’m not alone.  Story-telling rests at the very core of our identities.  As is often the case with fiction, the truth of what we say comes not from the facts of the stories themselves, but from the feelings that these facts engender.  Historians know this well. For example, a dry and soulless history of Western Expansion will tell us that the 19th century Oregon trail was dismal and dreadful.  There was death and starvation, and only fleeting success as Americans endeavored to traverse the vast country.

But what are the stories we tell of these times?  We describe brave forays of men and women who need to embrace the untamed land instead of the creature comforts of cities and towns.  We talk of building communities and connections where before there was nothing but space. If all we had were what the historians told us, can you imagine any of us venturing anywhere new?  Would we have ever gone to the moon if all we knew were the barest of facts?  Thank goodness we don’t recall our histories exclusively through power point slides.

The Clay Center is devoted to the promotion of healthy children.  Too often, however, we forget that the most potent interventions for preserving well-being need not be particularly nuanced.  As we mentioned earlier, stories have been around for as long as humans have been around.  There must be a reason that we choose to express our feelings in this unique and familiar format.

Evolutionary anthropologists have given this all sorts of thought.  Why, they ask, did we evolve to make sense of the world most effectively through our stories?  From our religions to our laws to our very identities, we have used stories throughout the millennia to make sense of ourselves.  One theorist has even suggested that we think of ourselves not only as Homo Sapiens – which roughly translates as ‘wise men’ – and instead use the moniker of Homo Narrans.  We are creatures who create narratives.

This is especially the case for children, and this is in fact why this topic matters so much to all of us here at the Clay Center.  Children spin rousing adventures out of thin air, working through their triumphs and their fears and their most intense disappointments in the safe space that stories afford.  We have an astounding amount of data to support this premise.  Kids who feel odd about their appearance do better when they are allowed to tell stories explaining their discomfort.  Kids who are worried about attending school do better if they can make up a quick story about their fears when they visit their pediatrician.  Kids grieve more effectively if they put their sadness into tales.  Children with influenza do measurably better if caretakers focus on stories as well as purely “medical” interventions.  The list goes on and on.

Well, let me tell you a true story.

Five years ago, I spoke up at a special meeting among parents and teachers in the school district where I live.  There was talk of cutting the humanities, of focusing less on stories and art and more on science and math.  There was no attempt made to bridge the connections among and between these disciplines.  In the end, our school kept these subjects as part of the curriculum, but it wasn’t easy.  After all, colleges, high schools, middle schools, grade schools and even preschools are increasingly eschewing humanities for more technical skills.  The New York Times reported in 2009 that universities must now “prove the worth” of humanities in higher education.  In fact, the Times reported that at all levels of our educational system, we are choosing to push the focus on stories aside.

Some might argue that, if we’re naturally gifted at understanding and creating stories, why devote valuable curricular time to something we already do well?

Because our children are watching us, that’s why.

Children have a keen eye for what is valued and for what is not.  If we stop valuing our stories, we stop valuing all of the things that stories bring to our developmental table.  As proponents of child development, we urge you to not let this happen.  Here are some things you can do to keep stories embedded in our lives:

Because if you don’t, think of where we end up.  Can you imagine a world expressed entirely through power point presentations? Ugh. That’s a dystopian story that doubles as a cautionary tale.  Let’s not let it become our legacy.

A version of this post originally appeared and was written by the author (Schlozman) on U.S. News & World Report’s For Parents blog.

What If My Child Won’t Part With His Special Toy?