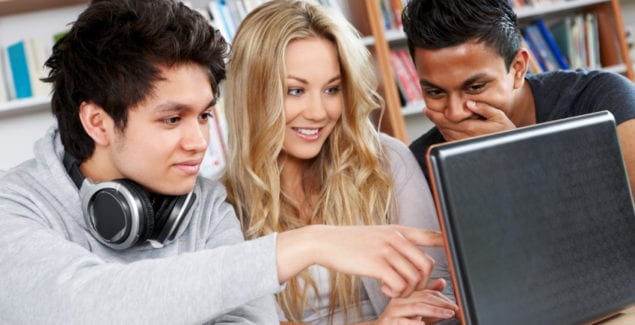 Posted in: Grade School, Teenagers, You & Your Family, Young Adults

This is a good time to talk about charisma and its relationship to the power of stories.

It’s not that the idea of charisma is new. The word itself is an old one.  It derives from the ancient Greek word “χάρισμα (khárisma)”, and it translates to something like “favor freely given” or “gift of grace.”  The ancient Greeks used this term as a means of explaining the uncanny emotional sway that the gods of mount Olympus wielded over their lowly human subjects.  Wars, after all, were fought because of the charismatic injunctions of powerful gods.  Kingdoms fell and temples were built, all because of charisma.

Let’s do a thought experiment.  What do Ronald Reagan, Bill Clinton, Barack Obama, Dwayne “The Rock” Johnson, Janis Joplin, your high school class president, Elizabeth Warren, Idi Amin and Mahatma Gandhi all have in common?  Obviously this list could go on and on, but surely you can see that this is an exceptionally varied group of highly influential people.  Yet they have all been described as extremely charismatic. Of course Donald Trump is on this list too.  I didn’t vote for him, but his charisma is undeniable.

The defining and unifying characteristic of charismatic individuals is their capacity to get someone else to think whatever it is that they think.  This is accomplished best through the use of narrative – stories – that create, by definition, compelling explanations and well bounded dichotomies.

All of this explaining might help us to understand how a pizza parlor in Washington, DC became associated with fears that it was harboring satanic cult.  I first read this story after the guy with the gun showed up for something other than pizza the other day, and to say that I was flabbergasted would be a quantum understatement.  How in the world could anyone believe this story, I thought.  But then I watched Alex Jones and his followers.  Boy, they’re good.  Sure, I thought.  Makes sense.  Why not?

Mix the charisma of Alex Jones with the alluring narrative of fake news, and you’re going to get some pretty ugly results.  The Internet makes all this more likely, but these kinds of stories have been increasingly peddled since we combined politics and the Neilson ratings.  A satanic cult in a pizza parlor wouldn’t even make the cut for the old TNT network, but it’ll work if you present it as real.

At the end of the day, our brains love stories. This is well documented in the neuroscience literature. Staying alive is hard work.  If we have to stop and question everything we think we already know, we might not see the proverbial saber tooth tiger. We therefore look to others, especially our leaders and teachers, to tell us what to think and believe.  After we know what’s what, we can focus on more vital tasks, like foraging for dinner, or choosing which television program to binge watch on Netflix once we’ve collected our nightly nuts and berries.

Plus, never forget this warning: charisma has little to do with facts. Facts, however, do not preclude charisma.  Charismatic persuasion happens independent of facts.

Charisma has everything to do with creating a compelling narrative, and even if the narrative isn’t true, charismatic individuals can make the narrative stick by making you want to believe.  Charisma is the reason we believe in Fox Mulder from The X-Files.  He wants to believe, and he’s chock full of charisma.

We’re pack animals.  We’ll do just about anything to stay in the pack. If that means believing a false narrative, we’ll gladly go down that rabbit hole to have a seat at the table. That fear of being on the outside is where charisma derives virtually all of its power.

But this kind of dissection is getting harder and harder. Here’s why:

At the end of the day, we ought to figure out how to teach our kids (and ourselves) to distinguish real news from fake news.  That means we have to do our best to take the charismatic telling of the news out of the picture.  As I mentioned, that goes against our very nature.  We love a good story, and we love it that much more if we want to believe it.  That’s actually part of the trick to recognizing the possibility of news being fake in the first place.  If a news story is so wonderfully compelling that it would be just totally awesome if it were true, then that news story, especially in this day and age, require further research.

Here are some questions you can ask your children when they come to you with information learned on the internet:

We can’t teach our kids everything, but we can teach them moderation and careful thinking.  With those tools, they can navigate this new world on their own as they get older.  That is, after all, our job as parents – to teach our kids how not to need our help.

A version of this post originally appeared and was written by the author (Schlozman) Medium.

Helping Your Kids Following Yet Another Terrorist Attack

Should the TV Be On or Off During Times of Breaking News?