Is Our Culture Skeptical of Mental Healthcare Itself? | MGH Clay Center for Young Healthy Minds

Is Our Culture Skeptical of Mental Healthcare Itself?

Is Our Culture Skeptical of Mental Healthcare Itself? 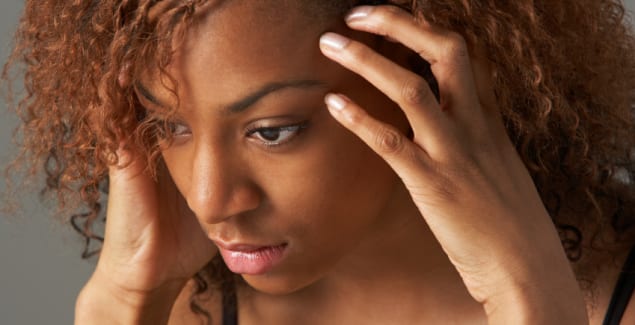 This comment, entirely well meaning, is also deceptively profound.  Whenever I sit down to discuss the variations of stigma with regard to mental health, I think first of this comment.

As you might guess, it is a comment from the course evaluations at the end of the mandatory psychiatry seminar offered at Harvard Medical School.  The student who anonymously offered this compliment said so much in so few words, that sometimes I think I need only to post this sentence itself to draw attention to the complexities of the issues surrounding mental health and stigma.

Let’s think about what she or he is saying.

Does the doctor teaching cardiology have to convince skeptics?  Does anyone refuse to believe in nephrology?  The burdens placed on psychiatric patients stem largely from the skepticism that many in the medical community itself still patently feel and express.  Simply put, quite a few health care providers do not believe that psychiatric illness is real.  This is despite data-laden policy papers from the Office of the Surgeon General, from the CDC and even from the World Health Organization.  Doctors, policy makers and the general population still have a long way to go toward accepting psychiatric suffering as part of the medical cannon.

That’s not to say that we haven’t made huge strides.  In fact, one might argue that the increasingly vocal debates that are happening now with regard to psychiatric suffering are happening precisely because we have allowed ourselves to discuss these issues in open forums.  To that end, these discussions are absolutely necessary if we’re to move forward.

But for individuals, these debates can be extremely painful.  Some will argue, for example, that psychiatric suffering is a cultural construct; try telling someone who is paralyzed with depression that he suffers from a cultural construct.  Others claim that psychiatric treatments are untested and unproven; try saying that to the millions of people who have benefited from treatment, and then seen their care denied for “lack of proof.”

Here are some things to think about.

First of all, of course psychiatry is culturally-bound.  All of medicine is culturally bound.  Psychiatry IS very likely tied more closely to the culture in which it exists than are other fields of medicine.  That, however, does not at all mean that psychiatric diseases are not real.  To the extent that culture shapes brain development, and that brain development in turns affects culture, you really can’t separate cultural experience from psychological experience.  Still, there are constructs for anxiety, psychosis, pathological mood and social relatedness that are impressively consistent across ethnic and cultural boundaries.  In other words, despite cultural differences, these diagnoses are consistent and common.

Second, there exist a huge number of studies that demonstrate the effectiveness of psychiatric treatments.  These include psychotherapy studies, medication studies and combination treatments.  To be sure, we have a great deal more to learn, but needing to learn more doesn’t in any way separate psychiatry from the rest of medicine’s frontiers.

What’s the bottom line?  The stigma against mental health hurts.

There are countless studies demonstrating this undeniable fact as well.  We know that stigma hurts us economically, stifles us socially and paralyzes our creative prowess.  Most importantly, we know that the stigma hurts us individually.  20% of us will suffer from some form of psychiatric illness in our lifetime.  20%!  That means that 20% of our population will endure unfair and unfound prejudices.

Of course, if you’re reading this post, then you likely already agree with what we’re saying.

But, just as with any social change, if we get enough momentum, we can positively alter the opinions of others.  There is ample evidence for these changes in thinking throughout the world.

Stigma against mental health is going away.  But we could stand for it to go away a lot faster.