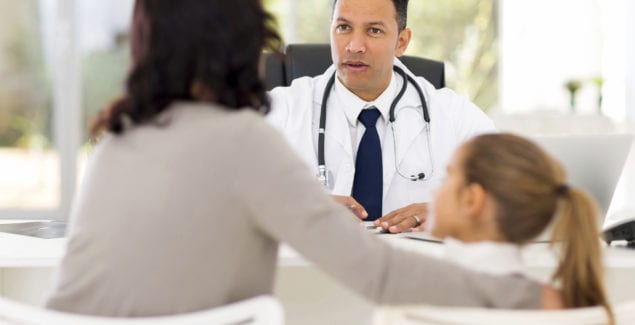 Let’s talk about stigma and psychiatry.

You’ve heard all this before. We never seem to stop, you’re thinking, with our worried hand-wringing about the pernicious and dangerous biases that relentlessly dog psychiatric illness and especially those who suffer from psychiatry syndromes.  Some people even argue that the term “illness” has no business attached to the adjective “psychiatric;” they argue that such illnesses are social constructs, things that our societal standards simply create in order to account for behaviors that make us uncomfortable.

This post has no intention of engaging in that particular social debate. It’s a fascinating debate, to be sure. But, we don’t want to encourage yawning.

Instead, consider the substantial percentage of people in our country whose worlds look so abnormally dark, who feel so utterly alienated, who can’t imagine that they will ever feel whole again—and then, make those people feel better by explaining that they simply suffer from a “social construct.” We’ve seen doctors do just that, by the way.

But here’s a twist on this story: the pernicious and unhealthy pairing of stigma and psychiatric illness is waning. This, of course, isn’t really news either; anyone in medicine has seen the slow, sometimes-glacial-yet-nevertheless-measurable improvements in public attitudes toward psychiatry. And, this welcomed change should be fostered and celebrated. It’s just that this welcomed change also brings with it a whole mess of new problems—which we’ll get to in a moment. First, let’s look at some data.

Most recently, the American Foundation for Suicide Prevention (AFSP) released the results of a commissioned Harris Poll survey that was conducted to examine changing attitudes toward stigma and mental health in the United States. You can read more about the survey here. The results received national attention, in part because the findings were so hopeful. Here are some key takeaways:

There’s a lot more to this survey, but let’s stop there and consider the implications. Overall, more and more Americans are seeing mental health as the same as physical health. That silly separation between so-called physical and so-called mental disease is slowly being erased. (Isn’t the brain, after all, part of the physical body?  It happens to be wonderfully connected to the rest of our bodies by our neck, which is, of course, also part of our physical body.) This means that more and more Americans are feeling comfortable seeking help for psychiatric illnesses, and current estimates suggest that at least 20% will suffer from one in their lifetime. That’s a lot of psychiatric care for a lot of people.

And herein lies the problem: there just aren’t enough qualified mental health clinicians. This is especially the case for mental health clinicians who specialize in children, though there is a dearth of clinicians for patients of all ages. The reasons for this dearth are multi-faceted and again, the subject of another blog; but, undoubtedly, the very stigma that the AFSP set out to study has kept qualified candidates from choosing to focus on mental health. Many studies have shown that students who are otherwise very interested in psychiatric illnesses shy away from specializing in this underserved areas for fear of derision from peers and mentors.

And, this is the new battleground in efforts to improve mental health care. It’s not that we need to massively increase our efforts to erase the stigma; that stigma is dissipating. But, we DO need to massively increase our incentives in order to grow the available workforce to address the needs of our population. These incentives have been lacking implicitly and explicitly. Medical schools continue to give relatively short shrift to psychiatric concepts despite the epidemiologic evidence that this curricular practice is clearly not in the best interest of our students or our country. Insurance companies continue to create significant barriers to reimbursement and access. And, the federal government needs to do more in encouraging professionals to gain expertise in treating mental illness.

When the lack of primary care physicians was noted back in the late 1980s and early 1990s, loan forgiveness was part of an active and well-publicized campaign to populate that workforce. The number of primary care physicians rapidly grew.  Similar programs exist today to aid in the recruitment of students to psychiatry and psychology, though these incentives appear to be much less utilized and publicized. It also may be that students are reluctant to enter a field that is still so obviously stigmatized, despite the changes that are taking place.

Regardless of the reasons, this lack of available clinicians has got to change. Americans are ready to actively seek care, and we as a nation need to be ready to deliver that care. Write to your senators and representatives in Congress; find out what they’re doing to improve access to mental health clinicians. Write to your state medical board. Heck, write to the candidates running for president. These changes will be, by definition, by way of a grassroots movement. That means that they start with you and me.

And when you do write, please take a moment to let us know the response you receive. We’re all in this together, and it’s going to get better. We just need to get on the same page.