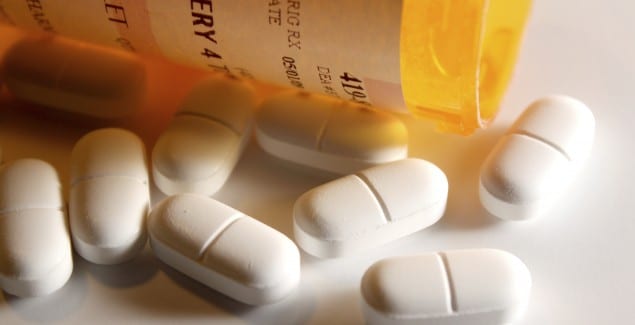 In 2004, the Food and Drug Administration (FDA) made the difficult decision to apply a “black box” warning to virtually all antidepressant medications.  This action followed a similar warning issued a few months earlier by British health officials for paroxetine, or Paxil, a frequently-used selective serotonin re-uptake inhibitor (SSRI); both the United States and the United Kingdom were worried about the possibility of antidepressant use in some people causing an increase in agitated, and even suicidal, behavior.  The warning, still in effect, applies particularly to adolescents.

Many who read this post are familiar with this action by the FDA.  In light of a recent Harvard study published in the prestigious British Medical Journal that suggests the black box warning has actually caused a decrease in the treatment of depression through antidepressant prescriptions, and a corresponding increase in suicidal behavior, it makes sense to seriously question the appropriateness of this warning.  Similar studies published back in 2007 have shown a fairly dramatic increase in suicide attempts by adolescents corresponding to a decrease in prescriptions for antidepressants. The Harvard study is a reiteration of these previous findings.

Before we go much further, let’s first take a look at some background information.

A “black box warning” is a written message that by U.S. law must accompany every prescription for which the warning is indicated.  It is produced by the FDA, and is intended to make both clinicians and patients think even more seriously than they would normally about prescribing certain medications.  Anyone who even thinks of these medicines is meant to pause and consider with extraordinary caution the possible ill effects of the labeled medication despite its purported indications.  A black box warning is the final step before prohibiting the use of a medication; consequently, it’s a very serious matter for doctors and patients.

Black box warnings are largely a good thing.  In 2008 for example, quinolone antibiotics such as ciprofloxacin were given a black box warning after the FDA determined that taking these medicines was associated with a much higher risk of developing ruptured tendons.  Similarly, the relatively-commonly-prescribed anti-malarial medication mefloquine received a black box in 2013 with warnings of increased neurological and psychiatric side effects.

To be sure, ALL medications have side effects, and need to be closely monitored by physicians and other healthcare providers.  But with the black box, we are meant to consider even more stringently the side effects when asking our patients to trust us with our prescriptions.

The warning associated with antidepressant use, however, may have backfired. Following the very high publicity that accompanied these warnings, researchers noted a precipitous decline in antidepressant prescriptions themselves.  Multiple studies, including the one referenced above, showed that clinicians quickly became reluctant to prescribe antidepressants (additionally, many parents seemed unwilling to accept medications that were reported to potentially be more dangerous than helpful). Meanwhile, corresponding data showed that the suicide rate among adolescents began its first increase in more than 15 years.

It’s interesting and important to note that in all the studies of antidepressants that led to the black box warning, the rate of suicidal thinking and behavior rose from 2% to 4%, a seemingly small percentage, especially in a group of individuals already at serious risk of suicide. However, no deaths were reported in these particular studies by the FDA.

It’s hard to escape, therefore, the conclusion that fewer doctors were willing to prescribe antidepressants, and that more people were literally dying from untreated depression.  Although we cannot know whether the increased suicides were the result of increased depression, we do know with great certainty that feelings of suicidal ideation are a serious symptom of the disease.  We might wonder whether those who would have been treated prior to this warning were put at increased risk to take their own lives as a result of a more passive approach.  Virtually every study that has addressed the effects of the black box antidepressant warning has come to this particularly ironic conclusion.

This is an extremely complicated subject.  We could parse the data, question the results, and spend literally thousands of lines delineating the various ways this data could be interpreted.  That is not, however, the purpose of this post.

Instead, we’d like to ask two relatively straightforward questions:

Given the impressive paucity of supporting evidence (not a single death recorded), why was the black box applied to antidepressants in the first place?  And, why has it continued to persist despite numerous studies showing that it is ill-placed and potentially dangerous?  (Remember that at the time, there were many large-scale studies demonstrating the effectiveness of antidepressants in adolescents and young adults.)

To answer these troubling queries, let’s look first at some commonly prescribed medications for which there are dangerous, commonly-occurring side effects that do not have a black box warning.  Consider prednisone, a frequently prescribed steroid.  The anti-inflammatory properties of prednisone are unique and powerful.  And yet, the risk of very serious side effects, from muscle and bone wasting to psychosis and depression, is relatively commonplace.  Still, no black box warning exists for prednisone. We could note similar anomalies for antibiotics, anti-cholesterol medications, and even over-the-counter antihistamines.  All have serious side effects, including death by allergic reactions or serious damage to vital organs.  Many of these side effects are, in fact, psychiatric in nature—yet none have earned the designation of a black box.

So, why has the warning persisted for antidepressants despite data suggesting that the warning is itself ill-advised?

There is certainly no shortage of data demonstrating the persistent and insidious discrimination that psychiatric patients suffer as a result of their conditions.  And it is paradoxical, if not shocking, that the risk of anyone developing a psychiatric disorder in one’s lifetime is about 24%–almost 1 in 4.  These are very common diseases.

Yet, many medical educators note that they must spend substantial amounts of time convincing their own students that psychiatric disorders are real and treatable.  The discrimination has gotten better, but is not enough to offset the epidemic of psychiatric suffering that takes place daily in the lives of patients.  There is a severe lack of training in psychiatric disorders and their treatments in the places where we need it most: in medical school and residency programs such as primary care medicine and pediatrics.  The American Academy of Pediatrics has even called for substantial increases in required curricula for psychiatric training in residencies.

Why is this so important?

Up to 50% of visits to a primary care doctor’s office are psychiatric in nature.  And yet, many primary care physicians will tell you that they are not equipped, either with the time or the knowledge, to adequately care for these patients.  Patients go to their doctors because they are in pain from common syndromes such as depression, and they leave without treatment or even the beginning of a treatment plan.

So, let’s turn back to the black box for antidepressants.  Is it possible that the black box persists out of a combination of prejudice and a corresponding lack of adequate information?

Is it time for the warning to be lifted?

Without question.  Our patients deserve better.