Adult Children Moving Back Home: The Boomerang Generation and the New Normal

Adult Children Moving Back Home: The Boomerang Generation and the New Normal 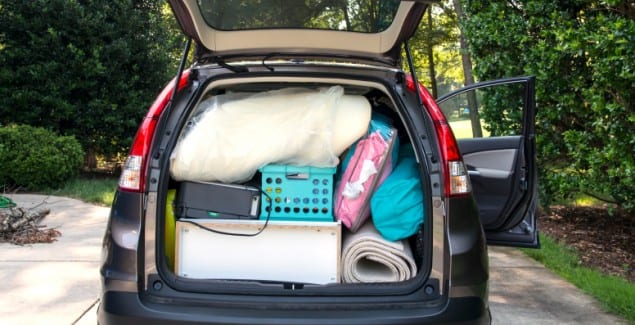 Posted in: Podcasts, You & Your Family, Young Adults

In the past when children went off to college or left home, parents needed to adjust to living as “empty nesters.”  The expectation was that this was the way life would continue.  But in a major economic and social shift, a significant number of these parents must adapt to the fact that adult children are returning home without a job and means of income—they have no other place to go.

For some parents, this move is initially welcome.  Many miss their kids, and long to resume the closeness they previously had.  For others, perhaps the majority, it’s a real burden on a lifestyle they developed when their adult kids were out on their own.  In either case, parents now need to make a big adjustment.  And, so do their kids, who had finally left home and relished in their independence and autonomy.  Often for these children and their parents, moving back home for an extended period of time can be seen as a setback.

How can families learn to handle the unexpected emotional, financial and practical challenges of this “new normal” shift?

At first when Bobby planned to move home after college until he found a job and could support himself, the entire family was thrilled to be able to spend time together again.  It was assumed that since Bobby had been a hard-working, successful student, landing a “good job” would happen once he put in some effort.  Three years later, Bobby still lives at home, and his situation seems far from ideal.  His parents, who initially loved the idea of being able to help their son during his brief transitional time, now have mixed feeling about his extended stay.  After all, they have their own retirement concerns, and they need to save more money to help pay for their old age. And, they shelled out quite a bit for Bobby’s college education, and have since assumed new debt.

Bobby now has a part-time restaurant job that generates some spending money, but his work as a waiter hardly requires a college education.  He does not receive benefits in eIIn the service industry, so his folks have added him to their health plan.  His mother, Judy, worries that her son seems discouraged, and may not be putting in sufficient effort in his job search.  To get his college degree, Bobby took out a substantial student loan, which his parents had to co-sign—they are now paying off that loan with modest (if any) help from Bobby.  His mother wonders how long Bobby’s “under employment” can last?   Although Bobby will help out by buying some groceries, his parents’ expenses have gone up since he moved back home.  He continues to use their car insurance, and they fund his cell phone bill, not to mention other miscellaneous expenses.

His parents have started gently asking him to explain where all his waiter wages have gone.  His father, Peter, does not want to make an issue out of the family finances, but he has begun to resent that their retirement savings is not being adequately funded with Bobby living at home.  And, when Bobby goes out at night to hang with his friends, Judy and Peter become especially angry.  Why isn’t he taking a second job?  Why isn’t he hammering away on the computer, searching for anything that could develop into a career? What are his priorities—friends, family, or work?

Bobby appreciates that at least he has a place to live, and that his relationship with his parents has been pretty good.  But lately he has reverted to old behavior, and so have his parents.  He leaves clothes around the house, leaves his dirty dishes after a late night round of videogames with friends, and his room, which was once spanking clean when he was away, is now nothing short of chaos.  Peter and Judy never worried about Bobby when he was in college.  Now, they can’t sleep if he isn’t home at a reasonable hour, and wonder whether they should be calling or texting him at 2am.  The honeymoon is over, and spats between Bobby and his parents are more frequent.  And, Peter and Judy, who were previously pretty content, are now starting to argue with one another, taking turns defending or condemning Bobby.  In short, the previously serene household has become increasingly more tense.

Bobby feels like a 25-year-old man who is repeating life in high school.  The freedom that he was entitled to during college is now up for negotiation.  Mom starts asking about why he comes home late at night.  Dad’s not-so-subtle comments about he and Judy having to live in a tent during their retirement years adds to the conflict.  Bobby sees that some of his peers go out every night, so he feels his more modest social expenditures are reasonable.  Judy and Peter do not want their son living on the street, and agree he should be able to stay as long as needed; but, Bobby feels both guilty and a bit resentful.

What is clear is that Peter and Judy had an easier go of it when they graduated college.  While they want to help, they can’t help wondering if Bobby likes being dependent on them.

Let’s look at the concerns of parents and adult children in this situation:

Now understanding the concerns that both parents and adult children feel in this situation, let’s now explore a few possible solutions. 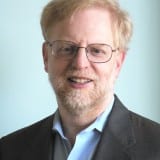 Rand Spero, CFP®, MBA, Ed.M. is a founding advisory council member for The Clay Center for Young Healthy Minds, and president of Street Smart Financial, a fee-only financial firm that works with individuals and families on their long-term planning...

The Loneliest Generation: What’s Up With Gen Z? – Shrinking It Down