What Is a Personality Disorder? | MGH Clay Center for Young Healthy Minds 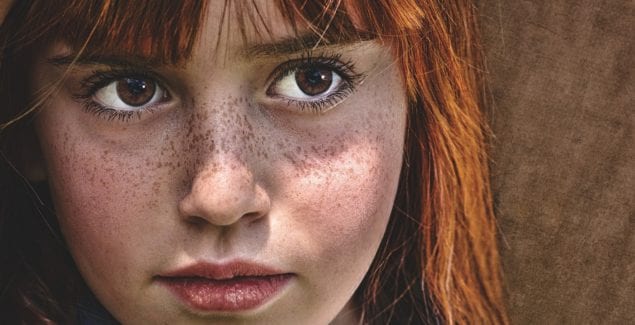 Posted in: Parenting Concerns, Teenagers, You & Your Family

I’ve always had a problem with the label “personality disorder,” and so have many of my patients. I think it’s because we typically associate “personality” with a “person,” so the term seems to suggest that there’s something wrong with the human being. But short of reinventing a better name for it, let’s define what this term means and try to understand it in a more meaningful and helpful light.

Personality is the way a person uniquely acts, feels, and thinks. It’s a series of traits that help define who we are as individuals. For example, one person may be warm, sensitive, outgoing and engaging while another is cold, insensitive, introverted, and withdrawn. This makes sense – we know people are different in many ways.

Genetics: Chess and Thomas conducted the New York Longitudinal Study to determine if kids ages one to five were born with “behavioral packages.” While children in the same family may inherit their genes from the same parents, they are still unique individuals. One sibling may be easy-going and adaptable, while another is more irritable and finds it difficult to accommodate new situations. One three-year-old child may be focused and persistent, say, when stacking blocks, while another sibling is easily distracted and simply gives up when frustrated.

We refer to these traits as an individual’s temperament and appreciate that all children are born with different styles of thinking, feeling, and behaving. Temperament is one component of our personality, and while it is a genetic package, it isn’t fixed in stone. In fact, some traits can be significantly modified.

Environment: Another component that helps to determine our thinking, feeling, and behaving is the influence of our environment. For example, adverse childhood events such as abuse or neglect can negatively affect thinking, feeling, and behavior. Such negative influences may lead to distrust of others and vigilance to one’s surroundings, with fears and concerns that something threatening or dangerous is lurking. While this makes sense, for the most part, it’s also adaptive.

A personality disorder is a long-standing condition in which some of a person’s thoughts, feelings, and behavior negatively affect his or her personal experience and relationship with others. It’s a mental disorder that causes distress and impairs one’s ability to function healthily in relationships, school, and work. These traits tend to last over time and often go unnoticed by the person who has them, though they may be very apparent to others. Regardless of whether the individual is aware of them, the dysfunctional traits are very hard to control.

It’s important to remember that the personal traits that negatively impact one’s life may be present along with other positive attributes that are helpful and highly valued. In addition, many of these qualities are traits we all have – it’s just that they become problematic when in their extreme. In other words, the demarcation between personality type and personality disorder is not nearly as rigid as one might expect.

These personality disorders have been documented through extensive studies by the APA. However, these specific conditions don’t account for the full picture of any given individual. Instead, they should be recognized as rough generalizations about the problematic traits of certain individuals. Many with personality disorders have other highly functional characteristics. In short, humans are complex.

The diagnosis of a personality disorder should generally not be made during adolescence, unless there is overwhelming evidence that the traits have been longstanding. This clinical rule has been established because the brain does not fully develop until about age 25, and thus we should not be too quick to make an assumption about personal traits until we assess maturity.

Nonetheless, as in all cases of behavioral disorders, parents who observe worrisome behaviors in their children should always seek help to determine if there is an acute cause (such as a recent trauma) or if it is has a long course. In either situation, treatment may be necessary.

Can Personality Disorders Be Treated?

Personality disorders may be alarming, but there are many treatment options available for your child. These options include:

If you think your child is developing a personality disorder, the first step is to talk with your primary care provider or take your child for a comprehensive psychiatric evaluation. As with most mental health challenges, the single most important thing we can do is to obtain early identification and intervention if necessary.

The Role Of Temperament

What Is Family Therapy?