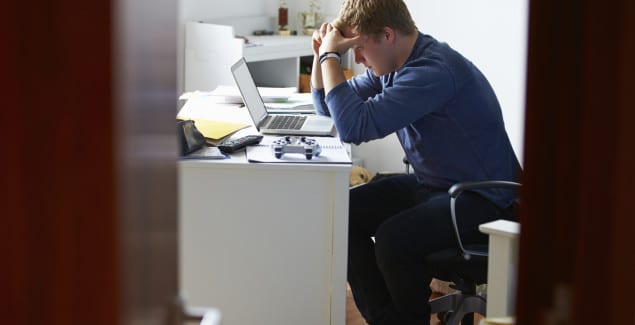 Sometimes things are so obvious that we fail to take notice.

Of course it’s not new, but the pressure continues to get exponentially worse.  Students from all walks of life are increasingly over-scheduled, academically burdened, and socially overwhelmed. We pile all this stuff on top of the already treacherous waters of adolescence, and it’s no wonder that kids feel emotionally battered.

I started thinking more about this when a friend of mine from high school called and asked me whether we had ever thought about college in 9th grade. He was trying to remember a mandatory meeting with his guidance counselor similar to the one that his 9th-grade daughter had just completed. His daughter’s meeting wasn’t to discuss school adjustment, or worries about social integration or even her general well-being. It was the fifth week of school, and his daughter, along with the other students in her class, was handed a form with “recommended” colleges stratified into “safety” schools and “more competitive” schools, as well as an accompanying spreadsheet with what might be needed to gain admission to said colleges.

“I don’t think so,” I admitted, and then asked whether she had mastered her locker yet. “Can she work the combination?” I inquired. I recalled that that particular exercise was the most stressful event of my first weeks of school.

And I whole-heartedly agree.

I used to think that the pressure on high school teens was largely a regional issue. I reasoned that it wasn’t so pressured where I was raised, but then again, I wasn’t raised in the Northeast. Where I was raised, college did matter—but not like here in Boston. In Boston, getting into a college seems like a varsity sport in and of itself. But, my friend was calling me from Colorado; apparently this trend is sweeping the nation, and, as I’ve already said, it’s not good for our kids.

Let’s look at some of the data:

I could go on. The common application increases the overall number of applications that students complete. Schools look to college acceptance rates as a means of measuring their success, passing this pressure along to their students, and students themselves are increasingly led to believe that the junior year of high school should be something akin to academic and extracurricular boot camp. I’ve seen students get freaked out even before the first week of eleventh grade hits Friday.

I just can’t imagine that this kind of systemic stress is good for anyone. A 2008 study found that the increased rate of academic dishonesty on high school campuses stemmed, at least according to some students, from the increasingly high achievement bar that the students themselves experienced. This, of course, does not excuse cheating, but it is worth noting that both cheating and academic and social pressures seem to have grown in concert with one another.

In fact, way back in 1998, Newsweek ran what was then a sort of shocking story, noting that for many high school students “the rat race begins at 14.”

If we acknowledge the fact that things are only getting more intense, more dire, more high-stakes for our students, then we can bet that our current 9th graders are about fit to burst, and that our 11th graders have burst a long time ago.

We like to focus on resilience at The Clay Center, and yet I’ve just spent about 800 words telling you something obvious. The pressures on college-bound high school kids are out of control. If we want to talk about resilience, then we ought to offer some advice as to what we might do to reverse this trend.

A colleague of mine here in Boston has a particularly wise and pragmatic way of talking to families about college: “College,” he says, “is two or three good friends, a professor or two that you really like, and learning, if you haven’t already, how to do your own laundry.”

By that he means that college is more about growing up than it is about worrying how others perceive the college that you choose to attend. This sounds reasonable enough, but we can all get easily swept along with the tide of ambition and presumed prestige that accompanies the game that we make our high schoolers play. With this caveat in mind, here are some tips to make this process healthier and more palatable:

At the end of the day, it’s much better to have a well-adjusted teen than a prestigious college admissions letter. There are some who might read this advice as a bit disingenuous; The Clay Center is, after all, at Harvard, and Harvard is one of those schools with a super-low acceptance rate and super-high degree of stress in gaining admission. Still, even at Harvard, perhaps especially at Harvard, it’s time for us to back off a bit. Being a teen is hard enough—why add to this burden?