What If My Child Has an Anxiety Disorder? | MGH Clay Center for Young Healthy Minds 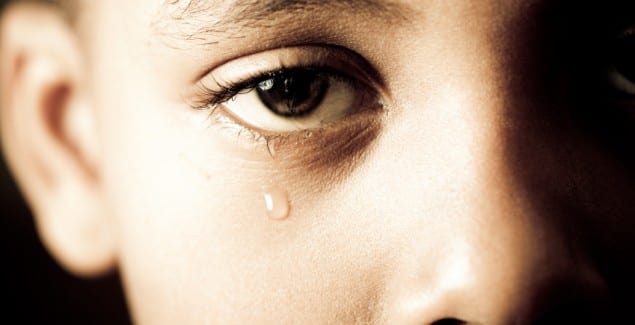 Seth just started driving, and he’s doing pretty well.  The written test was a breeze, and on the streets around his house he feels comfortable. He even volunteered to drive his little sister to the mall. Except for the normal worries that any parent of a new driver would have, his parents are delighted. After a few weeks of driving around town, Seth decides, with his parents’ blessing, to drive a bunch of his friends to a concert.  The concert is out of town, and requires Seth to cross a large bridge as he makes his way onto the freeway.

While on the bridge, Seth starts to feel uneasy.  He swears he can’t quite breathe.  He also starts to sweat a lot, and within a few minutes, he is feels certain he’s going to die.  He makes it across the bridge, and pulls over into the breakdown lane. He then opens his car door, gets out, and faints.

His friends stand by him, and he wakes up pretty quickly.  A local state trooper calls an ambulance, and in the emergency room, Seth seems fine, though a bit embarrassed.  The doctors do an ECG and take lab tests; his heart, his head and his body all get good marks.

“What happened to me?” asks Seth.

“I think you had a panic attack,” the doctor replies.

“Anxiety can do that,” the psychologist notes. “But it’ll get better.”

Anxiety is not necessarily bad. The ability to sense, and therefore avoid, potential dangers is an important adaptive trait.  As with many emotional states, however, anxiety exists along a continuum. Anxiety that disrupts functioning is counterproductive and can be extremely maladaptive. In children and adolescents, pathological anxiety can disrupt academic performance, and derail social and cognitive development. Early detection of anxiety disorders is therefore crucial, especially since these conditions are also among the most treatable in all of mental health.

As you’d expect, anxiety disorders differ by age.  For example, whereas school-aged children tend to experience separation anxiety, you’d be more inclined to see social anxiety in adolescents.  Other anxiety-tinged syndromes, such as PTSD, depression and OCD, are the subject of different posts on this site. For the sake of simplicity, let’s look at the most frequent anxiety disorders among kids and adolescents.

Intense, chronic worries that are often difficult to control define generalized anxiety disorder. In fact, the hallmark of the disorder is the chronic and persistent nature of the anxiety, despite its tendency to wax and wane. Preadolescents may especially complain of stomachaches and headaches, and parents and teachers often note that young people with this condition have great difficultly relaxing. It looks like this particular syndrome affects 3% of children, and 4% of adolescents. Read more about generalized anxiety on our blog.

This disorder involves intense anxiety when interacting in public settings. Individuals with social phobia are dramatically affected by criticism, and fear public humiliation.  As these issues become more common during adolescence, this syndrome is often first detected during the teen years. Important school-related tasks—speaking in public, trying out for sports or dramatic performances, even forming close friendships—may be impaired, and children with this disorder are generally quite lonely as they negotiate their world in shadows. This is also very different from normal shyness. Most temperamentally-shy children will still involve themselves in social situations; they’ll just need a bit more prodding.  For children and adolescents with social phobia, on the other hand, being social with others is downright terrifying. Read more about social anxiety on our blog.

Panic disorder involves discrete events called panic attacks.  Virtually everyone who has experienced a panic attack will recall the experience. As with Seth, panic involves immense emotional discomfort, sometimes crippling fear, and accompanying physical symptoms of increased heart rate and palpitations, difficulty breathing and sweating.  Sufferers may also faint, or worry that they will faint, when they experience panic. Episodes of panic sometimes have clear triggers—bridges, tunnels, apprehension on opening night of a play, or anticipation of speaking in public are good examples—but panic attacks also can seem to occur out of nowhere. Some studies suggest that roughly 5% of kids acknowledge to experiencing at least one panic attack. Read more about panic disorder on our blog.

Severe anxiety when separating from parents or other primary caregivers characterizes separation anxiety disorder. As one might expect, this is more commonly seen in preadolescents, and it can be associated with behavior such as school refusal. Children with this disorder also frequently express physical complaints, but will only experience their stomachaches or headaches in the context of separation.

Remember that at a very young age, separation anxiety is a normal aspect of development. Infants and toddlers often display intense distress when parents leave for work or drop them off at daycare. When this behavior persists or resurfaces during later years, however, it is obviously disruptive to almost every aspect of the child’s development. Most studies suggest that this disorder occurs in roughly 4% of children and adolescents. Read more about separation anxiety and listen to our podcast.

Why do we have so many categories of anxiety disorders?  It turns out that these categories help to predict the course and treatment.  These categories also help parents and clinicians keep in mind the possibility of pathological anxiety when a child is troubled. The seemingly “spaced-out” student in class might actually be terrified, and an incorrect diagnosis of attention deficit hyperactivity disorder (ADHD) can lead to improper medical treatment and even make anxiety worse. Symptoms can also overlap; children with social phobia may experience panic attacks, for example, or separation anxiety may occur in the context of more generalized anxiety. All these difficulties carry the potential to be enormously disruptive. A student whose anxiety is paralyzing and incapacitating deserves prompt attention.

Treatment for these syndromes usually involves some combination of psychotherapy or counseling and medications, including most often selective serotonin reuptake inhibitors, or medicines such as buspirone or tricyclic antidepressants. Also, and very importantly, behavioral therapies (such as Cognitive Behavioral Therapy) can offer young people important tools in dealing with their fears. These treatments involve slowly exposing a child to situations likely to provoke distress, while at the same time helping him or her to master the situation and stay relaxed and in control. This technique is especially helpful with panic attacks and social phobia.

Anxiety disorders are highly heritable.  In fact, panic seems especially genetically encoded.  This is probably why Seth’s father was able to recognize Seth’s difficulties so quickly.  With the right attention, Seth’ll be back in the car soon enough.