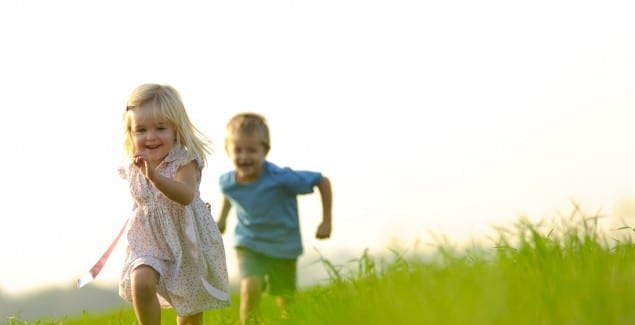 When child development experts talk about the study of development, they have in mind some fundamental theories of development that were codified by brilliant clinicians and scientists well before we had the technology to correlate them to brain development.

In this post, we’ll pay homage to these theorists.  After all, every clinician who works with kids routinely and almost reflexively thinks of these scholars.  The irony is that the theories are so pervasive and useful, that often the beginnings of these theories are lost in the story.  Understanding how these theories came into being can therefore help to direct therapists and parents when they’re deciding how best to understand their children.

Erikson saw the world as a series of age-matched developmental crises, and he conceptualized these crises as binary and competing values.  He didn’t think of the crises as bad things; rather, each crisis represented an opportunity to move forward.

Infancy, for example, is characterized by Trust (a positive value) versus Mistrust (a negative value).  Adolescence is a battle between Identity Formation (good) versus Role Diffusion (bad).  According to Erickson, if these binary crises are not successfully negotiated—if an infant, for instance, can’t trust the adults of the world to keep him warm and fed and held—then that infant will  grow up with a fundamental lack of trust, and at some point, will have to actively address this issue.  These ideas actually stem directly from the psychoanalytic notions that Sigmund Freud put on the map, namely that past experience influences future feelings and behaviors.  Erickson studied children and adults, and he characterized each stage of development as follows:

You can see from the bold print that Erickson associated certain personality characteristics with successful passage through these crises.  He called these characteristics values.  The infant who can trust, develops hope; the young adult who can be intimate, develops the capacity to love.  In this sense, Erickson created a mechanism by which different individuals can be developmentally assessed.  The adult who feels ashamed is automatically thrown back to the age where she first experienced shame; as shame occurs at around age 2 to 4, Erickson would argue that the ashamed adult will more likely act like a toddler.  And, an adult behaving like a toddler gets into more trouble.  This helps to provide a roadmap for the clinician.

This way of looking at development has its critics.  Many have argued that Erickson’s theories are primarily Western, and as the world becomes more multi-cultural, one must be wary of the generalizations that Erickson’s work might engender.  Not all cultures, for example, view adolescence as a time for identity formation.

Gil Noam, an internationally-known developmental psychologist at Harvard, has noted as well that Erickson seemed to skip an important stage between the values of competence and fidelity.  Noam notes that young adolescents, or middle school kids, are less concerned with who they are as individuals, and more with what group defines them—hence, the emphasis on popularity in middle school.  Noam calls this the “Psychology of Belonging,” and he has shown through numerous studies that young teens can be helped most by being made to feel that they belong.

Jean Piaget is the next theorist we’ll discuss.

Piaget was more interested in how kids change the way they think about the world; that’s why he is considered the father of cognitive development.

Piaget watched how kids figure things out.  He noticed that when kids are teeny, they do lots of touching and tasting. From this, he decided that very young kids learn about their new world by doing simple experiments. What does that cat feel like?  How does the side of the table taste?  After that, he felt that children moved onto a more binary view of the world.  He noticed that school-aged kids rarely abstract; in today’s world, for example, four fouls is an out every single time in first grade.  He decided, therefore, that young school-aged kids are focused primarily on a black-and -white view of the world.

By sixth grade, kids start to eschew the rules altogether.  To heck with the rules, they say—We make the rules.

And just like that, Piaget noticed that with the onset of adolescence emerged the capacity to abstract.  Think of the shift, in just six years, from “the rules are the rules because they’re the rules,” to “we make the rules.”

Piaget categorized the way kids make sense of the world like this:

Of course, Piaget couldn’t have made the notations you read above about the changes in gray and white matter; you can read about those changes here.  But, it turns out the Piaget’s theories correlate exactly with the neurobiology that he didn’t yet have the tools to understand when he was writing in the early part of the 20th century.

All of this helped to set the stage for Lawrence Kohlberg (he came after Erickson and Piaget, but actually worked directly with Erickson).  Kohlberg decided that if kids move along their development both emotionally and cognitively, then they must also move forward morally.

If you think about it, this was pretty radical—do human beings pass through clearly-defined stages of brain development that correlate with how they make moral decisions?  This was Kohlberg’s question.

A review of all of Kohlberg’s work is beyond the scope of this post.  We can summarize it, though, and the best way to do that is to describe the story Kohlberg told all of the people he studied.  The story is fictional, but not outlandish; it sets up a clear moral dilemma, and Kohlberg paid attention to how different people of different ages made sense of the story.  He called this “The Heinz Story,” and although there are many versions, the story roughly went like this:

A woman was near death from a special kind of cancer. There was one drug that the doctors thought might save her: it was a form of radium that a druggist in the same town had recently discovered. The drug was expensive to make, but the druggist was charging 10 times what the drug cost him to produce. He paid $200 for the radium, and charged $2,000 for a small dose of the drug. The sick woman’s husband, Heinz, went to everyone he knew to borrow the money, but could only get together about $1,000, which is half of what it cost. He told the druggist that his wife was dying, and asked him to either sell it cheaper, or let him pay later. But, the druggist said: “No, I discovered the drug, and I’m going to make money from it.” So, Heinz got desperate, and broke into the man’s store to steal the drug for his wife. Should Heinz have broken into the laboratory to steal the drug for his wife? Why or why not?

Kohlberg wasn’t as interested in what most people said they would do; after all, he soon discovered, most people argued for stealing the medicine.  Kohlberg was instead interested in why people thought that it was OK to steal the medicine.  From asking thousands of people of all ages what Heinz ought to do, Kohlberg discerned what he felt were predictable stages of moral development.  Not everyone, he cautioned, would reach all of these stages despite their age, and it was perhaps this conclusion that created the most controversy.

Generally speaking, Kohlberg felt that moral development was characterized first by a more or less amoral stage: you want what you want regardless of right or wrong.  In fact, little kids don’t even understand the concept of right versus wrong.  That’s why it doesn’t make sense to get angry at a 2-year-old for cheating—they don’t, and can’t, understand the concept of cheating.  However, after around age 3, kids start to appreciate right and wrong, but they do so as a function of external punishments.  As kids age, Kohlberg noted, they move through different views of the concepts of right and wrong.  They might start with a fear of punishment, but then they move to a desire for approval.  Slowly, they make their way from external drivers of what to do to internal notions of what constitutes the right thing to do.

Kohlberg called the final stages of moral development “post conventional.” By that he meant that people at these stages were deciding what to do as a function of their own internal compasses, and not as a function of how they ought to behave because of the conventions of their society.

You can see a listing of Kohlberg’s stages of moral development here.

Here’s why Erikson and Piaget and Kohlberg matter: clinicians consciously, and parents intuitively, use all of these notions in understanding kids. Teens, for example, should be working on developing a sense of who they are, and they do so by thinking abstractly about the many options afforded them. And, by engaging in these processes, they decide that the right thing to do stems from their view of how the world views them.

Creativity Gives Our Brains a Boost: Shrinking It Down (Season 1, Episode 12)