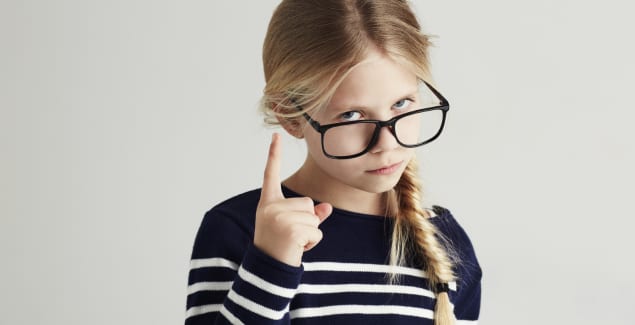 That’s what my daughter’s friend said to me last week as she glanced over my shoulder at the newspaper. On the cover was a photo of Mitch McConnell, newly victorious in his quest for re-election, and by virtue of his victory, the Senate majority leader.

I looked up at my daughter’s friend. I’ve known her since she was 5 years old, and in that time, I don’t think she’s ever missed a “please” or a “thank you.” She holds the door open for me when I’m walking behind her with groceries, and she never fails to ask how I’m doing. In other words, the girl knows manners. She inherently appreciates the benefits of civility. And, judging from her bluntly-stated opinion in that instance, she seems to also have strong feelings about what she perceives to be a lack of civility.

I raised my eyebrows.

“I heard them talking on the radio while my parents were driving.”

“Who’s them,” I continued. “There’s just one guy in the photograph here.”

Then she paused and gathered her thoughts.

“If I talked at school the way they talk to each other, I’d be sent to the principal’s office.” She looked a little flushed, like she was enjoying the image of an adult sitting shamefully in those little chairs reserved for school kids who transgress.

“What do they do, anyway, the politicians, besides yell at each other?”

I don’t know if my daughter’s friend got these opinions from her parents, or if she came to them on her own, but I do know this much: kids are very much aware of the level of rancor that has come to characterize American politics. As I thought about her observations, I recognized that I’ve unfortunately grown immune to the bickering and chafing that our elected leaders seem intent on pursuing. I also know that negative political tone wins votes, so I have little business telling these leaders to avoid negativity altogether. If they’re in it to win, they need to go negative. That’s been shown time and time again.

But, I do have a responsibility as an expert in child development to at least make it known to our leaders that our youngsters are paying attention. The ability to detect civility (or the lack thereof) starts early. After all, how often have you prompted “what do you say?” when your child is handed something special? For goodness sakes, we just muscled through Halloween—I must have said “what do you say?” about a million times. Every time my youngest received a piece of candy from a neighborhood home, there was a chorus of parents on the sidewalk reminding their own children to pay their proper respects.

Kids know polite, and kids know rude. They know it on the playground, they know it when their parents have arguments and they know it when they hear it on television shows. This has perhaps gotten even worse with the advent of reality shows; in chasing the 15 minutes of fame that reality TV affords, I’ve seen some downright nastiness on shows with innocuous names like Cupcake Wars.

While kids know rude, they also know, for the most part, how to separate the rude they see on TV from the rude they’d rather not see among the adults in their lives. It’s this latter issue—that adults in positions of power are increasingly rude—that has me genuinely worried. The polarization that is indicative of our current political discourse is so intense, it plays directly into a developmentally-regressed state to which we are all prone—and from which our kids look to us for ways to avoid.

Think about it. Until adolescence, the developing brain is particularly drawn to a binary view of the world. There is good, and there is bad. There are rules, and there are punishments for breaking those rules. It isn’t until adolescence that children start to become comfortable playing around with opposing ideas. School-aged kids, on the other hand? They want people to behave.

And then my friend’s daughter hears our leaders, adults important enough in her estimation to have made it onto the front page of newspapers that other adults read, and it strikes her in a wonderfully un-nuanced way that the adults she’s being told to respect are anything but nuanced.

How does she know this? Schools have entire curricula devoted to teaching children how to disagree amiably. We know, as a matter of fact, that the willingness to hold fast to what you believe in while at the same time remaining civil is associated with healthy development and admirable self-esteem.

Our politicians, however, sound like school children in the absence of the principal’s office. I know this might sound old-fashioned, perhaps even alarmist, but I’ll predict right now that if we continue unabated toward a land without compromise, we’ll create a generation of adults who refuse to cooperate. Can you imagine another 50 years of gridlock?

I can’t see the climate in politics changing anytime soon. I can’t see reality TV going away. And, it feels a bit like the efforts of the proverbial ostrich, head buried in darkened sand, if we decide to protect our children from our culture by not letting them know of our faults. In other words, you can turn off the TV and radio, you can hide the newspaper, you can avoid the headlines altogether, but kids are naturally programmed to soak in the ambient milieu. They’re going to know that we’re increasingly rude even if we try and hide it.

We’ve got to talk about it. That’s really our only hope.

“Tell me what’s rude about that person,” you can ask.

“But what if he disagrees with the person he’s talking to?” you might ask in response.

And then your child will likely just stare at you. What a silly question! Just because you disagree, doesn’t mean you have to be jerk about it. That’s the entire substance of their social pragmatics curriculum.

And then you can smile and practice with your child how to disagree with class.

Maybe we need to send our politicians to the principal’s office.

Five Parenting Rules for Coping with the Current Political Climate