What If My Child Is Prescribed An SSRI?

What If My Child Is Prescribed An SSRI? 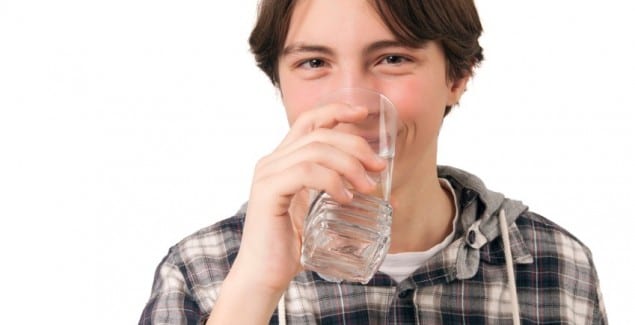 As we’ve mentioned SSRIs in a number of posts, we’d like to go into a bit more detail about what these particular medications are, and how they work.

SSRI stands for “selective serotonin reuptake inhibitor.”  It is a term that was first coined by pharmaceutical companies in an effort to distinguish one medication in this class—paroxetine—from other medications that prevent the reuptake of serotonin.  We’ll get into what phrases like “the reuptake of serotonin” mean in a second, but first, remember this: the acronym SSRI was designed as a marketing tool.  That doesn’t mean that the medicines do not affect the serotonin system; however, it does mean that the acronym should be considered with a grain of proverbial salt.  For starters, these medicines (including paroxetine, or Paxil) are really not as “selective” for serotonin as was originally thought.  A whole range of neurotransmitters are, in fact, affected by these medicines.  Medicines in this class include:

Serotonin is a neurotransmitter.  That means it’s a chemical that allows one nerve cell (a neuron) to talk to another nerve cell.  It does this by being oozed out of the long extending arm of the neuron (the axon), crossing an empty space (the synapse), and then binding and sending a signal to the long receiving arm of another neuron (the dendrite).  The schematic below will help to make this clearer.

Serotonin is not only in the brain and nerve cells.  For example, it’s also involved in the function of blood cells called platelets.  But, the effects of serotonin on nerve cells are the primary targets for the serotonin reuptake inhibitors.  This is because serotonin plays a major role in the experience of mood—that is, how you feel—and anxiety.

As you can see from the schematic, the SSRIs block the mechanism that is responsible for clearing serotonin from the synapse so that it can be recycled and re-used.  The result is an increase in the amount of serotonin that stays in the synapse, and continues to talk to the dendrite.  For a while, scientists thought that the extra serotonin itself was responsible for the effects these medications have on mood.

Now the thinking is more nuanced.  First, recall what we said about the relative inaccuracy of the acronym.  These medicines are not as “selective” as was originally proposed.  Other neurotransmitters also have their reuptake interrupted by these medicines, and the end result, when these medicines are therapeutic, appears to be a change in the machinery of the nerve cell so that it makes more of a substance called “brain derived neurotrophic growth factor” (BDNF).  In over-simplified terms, that means that about 4 weeks after the administration of these medicines, there is an increase of BDNF, a chemical that promotes nerve growth and nerve healing.  The current theory, therefore, is that these medicines take around a month to work, as that’s the time it takes for neurons to experience the jump-start that the increased BDNF affords.

So, we’d be more accurate in calling these medications SRIs, or “serotonin reuptake inhibitors.”  In time, perhaps there will be a more appropriate acronym that better describes the mechanism of action than SSRI.  Given the pervasiveness of the SSRI terminology, however, it makes sense to stress that this post is addressing medicines in the SSRI class specifically.

What Do These Medicines Do?

From the other posts that are linked to this particular piece, you’ll recognize that these medications treat anxiety, depression, obsessive-compulsive behaviors, and some less common psychiatric challenges such as bulimia and PTSD.  Each medication, when studied in large populations of children and adults, seems to work equally well.  Thus, your doctor will prescribe these medicines, hopefully in the absence of insurance limitations, based on the side effects and individual tolerability.  For example, citalopram (brand name Celexa) seems to be quicker at treating anxiety, but also has more associated weight gain.  Similarly, for some patients, fluoxetine may work wonderfully, but for others, sertraline may be the best choice.  These uniquely individual responses to different medicines mean that many times, trials of different medicines in the same class are indicated.  This is a discussion for you to have with your child’s doctor.  Ask your doctor why he or she is choosing the particular medication being prescribed.

Note as well that there are other similar medications that are sometimes used.  These include the mixed-reuptake inhibitors venlafaxine (brand name Effexor) and duloxetine (brand name Cymbalta).  These medications are more specific for blocking the reuptake of both serotonin and a different neurotransmitter called norepinephrine.

Are There Side Effects?

A comprehensive list of the side effects of these medicines is so large that it tends not to be useful.  This is, of course, no different from any other medication.  The suggested side effects for the antibiotic Bactrim, for example, include over 25 possible unwanted outcomes.

It makes more sense to look at both the common and unsettling side effects.  For the medications we’re discussing here, the common side effects include a stomach ache or headache, both of which ought to clear relatively easily, and more lasting problems like sexual function.  Remember, if a teen is taking an antidepressant, the possibility of sexual difficulties—erectile difficulties for boys, and/or difficulties in experiencing orgasm for both genders—are issues that require discussion.  Teens are beginning to explore their sexual identities, and if they are not aware that theses side effects exist, they can become quite worried that there is something terribly wrong.  Having said this, please be aware that the effects generally occur only about 30% of the time, and secondly, that there probably aren’t a lot of teens out there who want to have a discussion about sexual side effects with their parents.  Without your teen present, ask your doctor to address this issue with your child if these medications are being considered.

What About The Risk Of Suicidal Thinking With These Medications?

The more unsettling issue is the black-box warning that the FDA attached to all antidepressants for kids.  This warning suggests that these medications are associated with a heightened risk for suicidal behavior.

Among the symptoms of depression, suicidal thinking is perhaps the most alarming.  There is also evidence that the presence of suicidal thinking signals a more severe depressive episode.  Therefore, kids who are more depressed might be likely to be suicidal, and those kids might as well be more likely to have an antidepressant prescribed.  In fact, the suicide rate among teens increased for the first time in over 15 years after the FDA’s black box warning, and county-by-county analyses show that the rate of suicide seemed to track with a decreased tendency to treat depression with antidepressants.

On the other hand, there is always the chance that what looks like the most common issue of depression is, in fact, the depressed state of the rarer syndrome of pediatric bipolar disorder.  In this instance, a child with unknown bipolar disorder is given an antidepressant because he is diagnosed with depressive symptoms.  Antidepressants can “flip” someone towards mania and agitation if they have bipolar disorder, and it is very likely that the observed suicidal behavior among those who received antidepressants is due to the 1-3% who actually had bipolar disorder.  Anyone who becomes agitated on antidepressants should call their doctor immediately, and parents should be told to watch for this change in behavior.  Additionally, sometimes the manic flip looks less agitated and more euphoric.  This is also cause to urgently contact the treating physician.

What does all this mean?

It means what it means with all medications, psychiatric or otherwise.

Antidepressants cannot be simply prescribed and then forgotten.  Make sure your doctor monitors the medication at least every week in the beginning, and then later on at least a monthly or bi-monthly basis.  If your child experiences side effects, make sure his or her doctor knows.  These treatments can be immensely helpful, but like all medications, they carry risks and benefits.  A careful and ongoing consideration of these benefits is essential throughout treatment.