Effects of Economic Hardship on Families

Effects of Economic Hardship on Families 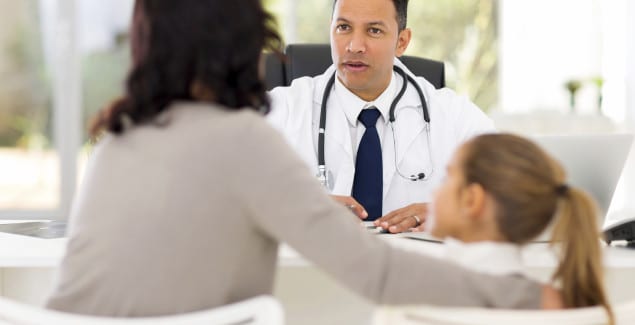 According to virtually every economic indicator, the United States has slogged its way out of a nasty economic recession. Jobs are more plentiful, wages are up, and people are, overall, doing better.

But, this apparent good news can seem hollow to many people. I’m no economist, but I’ve grown used to hearing about the economic indicators on the radio in the same way I might hear reports about the weather. I know things are better—certainly better than they were in 2008—but that recognition carries with it some misleading assumptions:

We’ll get to the data in a second, but let’s first talk about Julie. She’s a fictional representation of the sorts of struggles we’re seeing more and more often.

Julie is 13 years old. She’s the youngest of four children, and lives in one of the more affluent suburbs. She has struggled with depression and intense irritability since she was about 6 years old, but has been doing relatively well since the age of 10. However, recently her mood has precipitously started to worsen. Her grades have plummeted, her sleep patterns are erratic, and she has stopped wanting to hang out with friends. To make matters worse, her family’s ability to keep appointments with her doctor has suffered. Julie’s family rarely missed appointments in the past, but a number of last-minute cancellations have alarmed her clinician. Was there something wrong in Julie’s house? Perhaps her depression was so bad that the family couldn’t persuade her to come in.

(All clinicians know that when the behavior of a family markedly changes, you have to ask what’s going on. The dilemma, of course, is that you want to ask these kinds of sensitive questions in person, and you can’t do that if the family doesn’t make it to appointments.)

Finally, Julie’s dad is able to bring her in. Julie looks different than she has in the past; she’s downcast, weather-beaten, and it seems to her doctor that she and her father have adopted the same stooped posture.

(Another aside: this is why it’s very difficult to perform child psychiatry in even 30-minute appointments. There’s often a lot going on, and some of what needs to be discussed might not lend itself to a well-bounded time slot.)

So, Julie’s clinician begins with the obvious. She remarks that it’s nice to see Julie’s father, but that this is a change from previous appointments; it has typically been Julie’s mother who brings her in.

Julie’s father, in a deadpan, monotone voice, reports that he has been without a job for the last seven months. His wife, he explains, is tutoring children in math and reading for up to eight hours a day, and the family has therefore had to impose on their oldest child, a freshman at a nearby college, to often come home and watch over Julie and her siblings. The holidays, he notes, are going to be tough. They would have to scale back significantly, and he feels sad at that admission.

Julie, upon hearing her father’s summary of the family’s circumstances, picks up a pencil, and throws it across the room. (Think about that—a 10-year-old, well beyond the years where anger and frustration are expressed by throwing things, acts out like a 4-year-old.)

Teasing out the effects of economic hardship from worsening depression is tricky. After all, there are lots of unknowns. The natural history of Julie’s depression might have still taken a downturn despite the hardships her parents are experiencing. That is, perhaps just the rigors of fifth grade alone would have triggered greater depression in Julie. Or, maybe she isn’t depressed at all—at least not in the conventional sense. In other words, maybe she’s angry about her family’s predicament, and her tantrum is a sign of her frustration—not worsening depression.

Or, most likely, the answer is somewhere in between. Depression is made worse by environmental factors, and depression makes the ability to tolerate adverse environmental factors more difficult. When things get rough, psychological suffering becomes one big nasty circle. You feel worse, you react poorly because of how badly you feel, and reacting badly makes everything around you function more poorly.

Furthermore, the ability to overcome these challenges worsens with all that economic hardship brings to the table. Deprivation, decreased social interactions, increased family anxiety…all of this negatively impacts resiliency.

Perhaps most concerning is that these effects persist beyond the rough economic times themselves. Many studies have tied periods of economic struggle to worse mental health outcomes in adults who were diagnosed with psychological difficulties as children. And, these outcomes take place even if the adults enjoy financial security.

In summary, Julie is likely doing worse because her family is doing worse financially, and the longer her family does worse, the more Julie will psychologically suffer and be less resilient in the face of future adversity. This is, in fact, a kind of environmental and biological emergency. It’s impossible to disentangle the social stress from the biological response to the stress.

Given the shame and despondency that often accompany economic constraints, frank and open discussions are necessary—but also extremely difficult. If your family is in a situation similar to Julie’s, please tell your doctor. A good child mental health clinician will know of available resources. Many clinics have social workers on staff; hospitals have departments offering financial assistance; schools and local municipalities have various programs. It is the job of child mental health clinicians to familiarize themselves with such services for exactly these reasons.

For Julie, even the chance to express her understandable frustration helps. Sure, her medications might need to be adjusted, but that’s no different than adjusting the dose on an asthma inhaler if a family moves into an apartment with more dust. You have to ask why the family moved in the first place; helping them to talk about their difficulties and making clear the community resources available is crucial.

Julie will improve, but it’s going to take a lot more than therapy and medication. It’s a cliché, but we all know that it takes a village. When Julie’s village comes together, things will get a lot better.

The Implications Of Poverty On Children’s Mental Health

Bad To The Bone: Seven Myths About Juveniles In Jail

The Plight Of Homeless Children In The United States