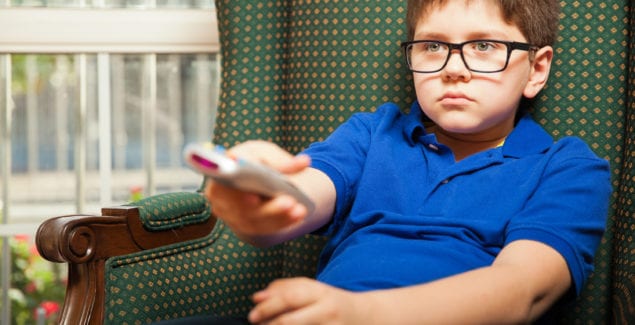 Why would any parent bring their kid to a child psychiatrist?

Well, I’m a child psychiatrist and the most common reason parents bring their kids to see me in my clinical practice is because they are worried about certain behaviors and want help and advice in evaluating their child. They want professional advice about the severity of problems and necessity for treatment.

They want to know what’s normal and what’s off the chart.

Let me give you an example of concerning 16-year-old behavior. This, of course, is not a real case, but for purposes of confidentiality, a compilation of cases I have seen in my 35 years of practice.

Charlie was brought to my office, having been suspended from school, and required a comprehensive psychiatric evaluation before he was allowed to return.  His parents were really concerned, and for good reason. Here is a brief synopsis of their observations:

Charlie flagrantly lies. “He said his grades were great! When we saw his report card, he got mostly Ds and a couple of Fs. He told us that the teachers were awful, and treated him differently than the other kids – ‘They just single me out and pick on me,’ he said. But in parent-teacher conference it came out that Charlie failed to hand in homework, cut class, and clearly did not study for exams.”

He publicly bullies and mocks other kids in a hurtful way.  “He has been called into the principal’s office many times for mocking and harassing kids who were really vulnerable and more fragile than him – like kids with disabilities. Charles denied this and said he was ‘only having some fun,’ and they didn’t get his humor. He saw a Facebook streaming of kids abusing a disabled boy, and he went into school the next day, and at lunch mimicked a kid with Cerebral Palsy. Most of the kids were shocked, but it didn’t phase him. He also repeatedly posts or tweets nasty comments about kids from other countries, religions, kids with mental illness. And when we ground him, which we try to do – not always successfully – he just has another excuse, or says that they deserve it because they were mean to him. It does not make any sense.”

Charlie is hanging out with bad kids who manipulate him in a negative way.  “Charlie makes really bad decisions in choosing his friends. He gravitates to the kids who repeatedly get into trouble, often break the rules, and seem to have some kind of power over him. Charlie is a really thin-skinned kid who underneath has really low self-esteem, and any kids who can make him feel strong and powerful manipulate him. And he will do almost anything, even really misguided things, to make himself admired and strong. He’s an easy target.  And when we comment on how his friends are a bad influence and have gotten him into trouble, he defends them, and just doesn’t listen to us. “

Charlie has to be the center of attention. “Ever since he was young Charlie did outrageous stunts to be in the spotlight. He would dominate dinner conversations, stand up and make crazy proclamations about how great he was at such and such; and he does the same thing in school. He would disrupt a class, sporting events, classroom time, with his bragging about something really great he did. Many times these things were not true. But what was important was that all the focus was on him.”

Charlie violated sexual boundaries and denied he did anything wrong. “The incident that got him suspended was that he groped a girl in the hallway. Then he bragged about it at gym and posted it on Snapchat. The assistant principal saw the post and immediately called us in. We are worried that he has done other sketchy things, and thank God the girl was a senior and is not pressing charges. But how could he do this and not expect to get into trouble? And to make matters worse, he denied he assaulted her, saying that she asked for it, and was almost 18!”

He fails to take responsibility for misbehavior. “So one example is the sexual assault. But time after time, he always has an excuse about not following rules – about where he’s going, breaking curfew, taking the car without permission, stealing money from us – you name it. There is always someone else who made him do it or was to blame. He just can’t face the music and apologize. Doesn’t he know that honesty is the best policy and we just want to know why he did something wrong?”

Overall, Charlie simply defies rules and authority, impulsively. “We are at a loss. He won’t listen to us, his teachers, our minister, you name it. Any person who has any kind of power over him, he invariably butts heads with, opposes, or just doesn’t pay attention to, and does so impulsively without thinking of the consequences. Then he blames them for picking on him and that becomes his justification. I can’t tell you how many times, he simply walked out of detention, or threw some object in class when he got angry.”

If slighted, even if not overtly hurt, he seeks revenge and makes everyone scared of retaliation. “You can imagine with all the lying, deceiving, bullying, breaking rules one would expect some kind of remorse. But not Charlie. Not only does he not seem to care, but he gets really fired up and threatens revenge on anyone who opposes him. He is scary. Partly because he hangs out with bad kids. But he just will not let his anger go, and I can tell you kids and all sorts of adults are really afraid of him. So, many just let him go on without getting in his way. Hey, we’re scared at home and scared about his threats to his brother and sister.”

Now let me put on my shrink hat.

First, any parent should be worried about a kid like Charlie. If Charlie had only one of the behaviors described above, concern is warranted. And if he has all of these, any reasonable parent would attempt some form of redirection, restrictions, attempts at remediation, and if they failed, bring him in for evaluation and treatment.

So in the context of Charlie, why am I looking at President Trump? Why should this be important for parents?

It’s one thing to care for a kid like Charlie at home. But parents also worry about the bigger picture. What may be influencing our kids at a larger, societal level?

I simply want to look at the behaviors described about Charlie. Clearly, Trump has repeatedly behaved similarly in all of the situations noted above. I need not detail what he has done, whom he has bullied or threatened, or who influenced him. They are in the news every day.

Instead, let’s look at these behaviors objectively and developmentally, without judgment. My assessment is coming from the perspective of a child psychiatrist.

These behaviors are quite normal for a preschool child.

Preschool kids are normally impulsive, grandiose, self-centered, attention seeking, unable to tell truth from fiction, violate rules and norms, easily wounded, and do not take responsibility for themselves. We spend plenty of time as parents in helping them learn the norms of civility.

But all this is way out of line for a normal teenager. They should be far more developmentally advanced by now.

The problem is that Trump is not a preschooler or a normal teenager. He is the President of the United States.

The Dilemma for Parents

Given what we know about Donald Trump, what’s the difficulty here for parents?

Most kids see the President of the United States as the consummate role model. When asked, many would say they would like to be president when they grow up. Why? Because it is a position that warrants authority, respect, power, and admiration.  It is one person everyone looks up to.

Parents should be worried as their kids watch Trump day after day modeling quite the opposite behavior they hope for in their kids. And many do worry that their kids will imitate this behavior, or rationalize their misbehavior saying, “Hey President Trump did that! Why can’t I?”

Beyond imitation, parents need to be able to talk with their kids about Donald Trump’s behavior. And, if so, many would feel caught between a rock and a hard place. On the one hand, if they condemn the President, they need to be careful, particularly for kids like Charlie, as they may be viewed as defying authority. On the other hand, if they say he is the President and the rules do not apply to him (like conflicts of interest, but I do not want to digress), then they have to justify behavior that is reprehensible.

But we do need to have conversations about this with our kids. We need to talk with them at a developmental level they can understand, with our young children and our older teenagers.

And most of all, we cannot allow them to watch our President violating the civilized norms we try to teach our children without engaging them with commentary and dialogue.

But for now, try to turn off the TV and divert our kids from watching – much like we need to divert them from watching inappropriate and potentially dangerous screen content.

The observations expressed here are solely those of Dr. Beresin and do not represent Massachusetts General Hospital.

How To Talk To Kids About The Executive Order On Immigration