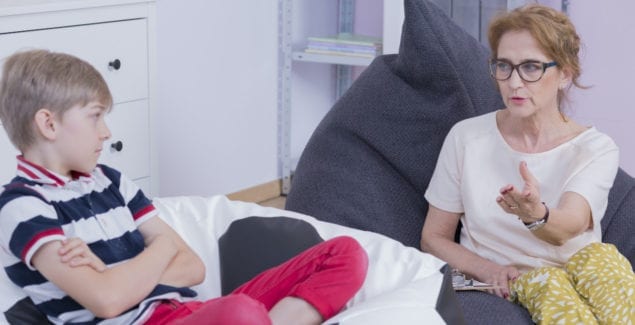 Tom was an 8-year-old boy who was described by his parents as constantly disobedient.  He was easily annoyed and frequently aggravating to others. He frequently lost his temper, often over minor incidents such as not having the “right” cereal for his breakfast. He rarely finished his homework and never completed the chores that his parents asked him to do. With the exception of not completing his homework, he had few problems at school. In fact, when asked why he behaved this way at home, he replied, “Because my parents are always on my back.”

Tom was diagnosed with Oppositional Defiant Disorder. His behaviors are typical of children with this disorder, as he had patterns of negative attitudes, hostile behaviors, and disobedience. In contrast, children with Conduct Disorder engage in more severe acts of aggression that can cause physical harm to themselves and others. Tom’s parents were worried he was heading in this direction, as he had recently become more deceitful and had stolen money from a classmate’s backpack. Tom’s parents sought treatment with a psychologist who used a Cognitive Behavior Therapy (CBT) approach that included teaching the parents how to alter their behavior to discourage Tom’s oppositional behavior, while simultaneously encouraging Tom’s appropriate behaviors.

Tom’s therapist used a combination of meetings with the entire family, the parents with Tom, and Tom by himself. During the meetings with Tom, the therapist would have Tom practice more adaptive strategies that helped him develop a sense of mastery and success in situations he might encounter with family or friends. Within the safety of the therapeutic environment, Tom discovered he was capable of less aggressive behaviors. Tom’s therapist also understood that Tom’s self-esteem needed to improve before he could make positive changes, and therefore increasing self-esteem was one of their goals. In terms of the parent-child relationship, Tom’s therapist knew that patterns of harsh physical and verbal punishment can actually cause more aggressive and deviant behaviors, and he was afraid that their parenting style was making matters worse. Thus, during his time with the parents, Tom’s therapist helped them eliminate hard, punitive parenting techniques by replacing them with gentler disciplining strategies.

Overall, CBT treatment has been found to be quite effective in treating disruptive behavior disorders. Treatment that combines parent training and problem-solving skills training in children is particularly effective. In fact, a combination of the two approaches has been shown to be more effective than either treatment alone, particularly for children 7 years of age and older. Common features of these programs include: