Why Can't We Budge The Tide Of Teen Depression? | MGH Clay Center for Young Healthy Minds 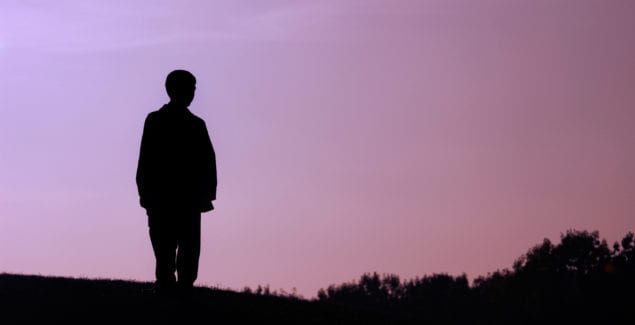 You can also listen to this podcast on iTunes, Spotify, Google Play, Stitcher, TuneIn, SoundCloud, and most podcast apps – just search for “Shrinking It Down.”
***

When I was a teenager, one of my buddies called me out for my rejection of tobacco.

“That stuff’ll kill you,” I said to my friend as he lit up his cigarette.  “My dad’s a lung doctor.  He’s shown me tons of pictures of black lungs.  Haven’t you seen the posters around school?”

Our school was filled with these posters of dirty looking people taking long drags on cigarettes and the words on the posters were always something like this:

The sentiment on those posters wasn’t quite subtle enough for our adolescent critiques, and many of my friends therefore rejected the message.

“Look,” my friend said, taking a long drag of his own Marlboro.  “You NEED me to do this.  If I didn’t do this, then your dad wouldn’t have any patients, right?  I mean, don’t you basically hate the anti-smoking stuff?  It takes money out of your pocket.”

I know, however, from the way my father talked about his patients, that he’d have been delighted to confront less suffering.  I know from medical school that really no doctors are eager to see people get sick.  That sentiment just doesn’t fit into the mindset of a physician.

But can we say the same thing about adolescent depression? 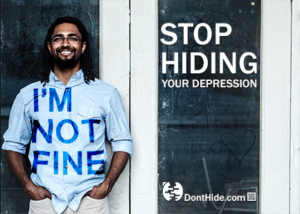 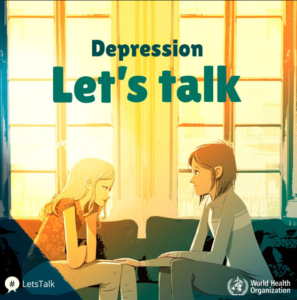 Can we say that the immense and aggressive campaigns decrying the risks of failing to recognize or treat adolescent depression have changed society’s attitudes?

Like my father, I don’t relish the prospect of the illnesses I treat becoming more prominent.  I don’t relish seeing ongoing suffering.  And yet, the Surgeon General, the CDC, SAMHSA, the American Academy of Pediatrics, the American Academy of Child and Adolescent Psychiatry, and even the World Health Organization have consistently, for at least the last two decades, used words like “crisis” and “epidemic” when discussing adolescent depression.

Why can’t we get the message out about adolescent depression the same way we got the message out around smoking? Unchecked or poorly checked teen depression yield a host of horrible problems during adult life. Kids who were depressed become adults who are at significant risk for poor job performance, lousy relationships, reckless behavior, increased substance use, suicide, and even increased risks of early death from non-psychiatric illness.

The latest in our growing appreciation of this crisis was published with great fanfare in Pediatrics in December 2016. Remember that any article published in Pediatrics is a big deal.  Pediatrics is the flagship journal for the American Academy of Pediatrics.  When Pediatrics goes out of its way to stress a new article, policy makers take notice.  The question, then, is whether the December article will have the effect that we in health care hope for.  Will the growing number of diagnoses of depression among kids yield policy changes that allow these teens to access the treatment they deserve?

Let’s go over that paper.  I usually dislike the part of blogs where we discuss methodology.  We set the stage for strongly held convictions, get all indignant about the lack of action, and then suddenly we shift gears to a rather dry discourse on statistics and phone surveys.

These methods matter, though.  They matter because every time I have found myself in the position of advising policy makers and educational leaders about the need to place more emphasis on the recognition and treatment of teen depression, the people in charge usually sense the massive changes that are needed to make the system better.  It’s not that they don’t want to make these changes.  It’s just that change is hard.  Inevitably this realization leads to an understandable tendency to pick apart the data.  That’s a good thing.  We can’t go around saying we have to make changes if our data are fraught with poorly drawn conclusions.

At the same time, let’s not get too deep into the weeds here.  You can check out the study at the link we provided if you want to more minutely dissect the ways that the researchers drew their conclusions.  In the interest of brevity, here are the important data points:

In other words, the study assessed how often teens and young adults met the criteria, by their own report, for depression in the previous year, and then used statistical models to determine to what extent the symptoms of depression might more accurately be categorized as a substance use disorder or the downstream effects of economic hardships.

The big news of this study wasn’t necessarily the findings.  Much like the spate of studies decrying the dangers of nicotine that were pervasive in the last quarter of the 20th century, this study didn’t show anything that new.

In short, there appears to be an increase in depression despite greater public awareness.  These diagnoses happen more often in girls than in boys, appear to peak in late adolescence and early adulthood, and are driven by environmental as well as hereditary factors.

Here’s why the study garnered attention:

First of all, there’s the sample size.  More than 300,000 individuals participated.  That’s a whole lot more than most studies with similar conclusions.   In statistical terms, that means the study has more power.  It more accurately represents trends in the overall population.

Additionally, while the study showed an increase in the diagnosis of depression during the teen and young adult years, there was a very small and not at all matched increase in treatment.

We know depression is worse than it used to be, but we aren’t doing enough to change this. Why the heck not?

Is it stigma?  Was it the black box warning that limited the prescribing of antidepressants?  Is it a lack of effective incentives to change practice patterns among existing clinicians?  Is it a dearth of reasons among current college and graduate and medical students to become mental health clinicians?

If you are reading this post, then chances are you’ve been personally affected by issues related to depression.  Write to your congressmen about it.  Ask your primary care doctors about it.  Be vigilant for the signs of depression in your own children.   If your child or someone your child knows becomes more isolative, or much more irritable, or falls off their normal academic or social trajectory, intervene.

In other words, be an advocate! All politics is local.  Maybe the problem has been the national scale of these reports.  Maybe we need to bring these issues into our living rooms and street corners to make a difference.

Remember my buddy who seemed intent on smoking his lungs into tar?  He stopped because of advocacy.  Let’s use that same energy to fight teen depression.

Talking With Children About Suicide and Loss