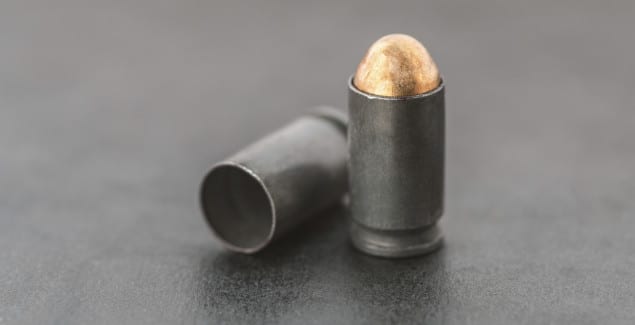 Almost by definition, writing about pediatric mental health can be controversial. People don’t always agree on treatments, causes, or even whether children can actually suffer from mental illnesses. We know that from some of the responses we’ve received on other posts.

Still, none of that controversy holds a candle to today’s blog topic.

In other words, we want to take two of the most controversial topics in America today, and discuss them in one pithy, approximately 900-word blog.

Most readers know that guns continue to occupy a special place in the fervent cultural debates that seem to dog America’s capacity to be civil. The rhetoric around firearms divides along multiple boundaries. There are strongly held regional opinions; there are also strongly held political opinions. And, there are strongly positioned lobbyists on both sides of the table. If anything, this rhetoric has become even more heated over the last few months. That’s because President Obama issued an executive order that would sharply curtail some of the loopholes by which Americans are able to access guns. The official White House website notes that the President will do “everything in his power to reduce gun violence.” In response, the National Rifle Association (NRA), the largest lobbying body in the nation devoted to reducing barriers for purchasing guns, called the President’s plan “a deliberate attempt to harass and intimidate legitimate gun owners.”

If ever there were a definition of a political standoff, this is it. Neither side left much room for compromise. Oddly, though, there is one particular aspect of gun ownership on which both sides appear to at least partially agree: the issue of better screening for mental illness among potential gun owners. However, there are important differences in these positions that are worth highlighting.

The President’s plan calls for overall better mental health care in the United States, as well as steps to make background checks prior to gun ownership more inclusive of mental health concerns. The NRA essentially supports the same increased vigilance, but with a more active judicial process involved in the decision-making. This is the bill put forth by Republican Senator John Cornyn of Texas. It’s roughly equivalent to similar bills suggested by counterparts in the House of Representatives, and calls for FBI background checks on mentally ill individuals, as well as a national database that controls the ownership of guns based on those background checks.

Mental health advocates, understandably, have mixed feelings about all of this. Everyone interested in the care for people with psychiatric illnesses would comfortably argue for strengthening our current system of care; it has been woefully inadequate for some time. But isn’t it sad, frustrating, or even infuriating that the call for this kind of overhaul is receiving national attention only in the context of a debate about guns? And, isn’t it a bit worrisome to consider something like an FBI database which lists those who suffer from mental illness? As we pointed out at the beginning of this blog, we’re still trying to understand as a nation how to define mental illness itself. An official law enforcement database sounds like an awfully slippery slope toward discrimination and stigma. It also sounds nearly impossible to effectively implement.

Let’s look at some facts:

And there’s the rub, of course. These awful mass shootings that grab the nation’s attention remain, thankfully, extremely rare, even though they are increasing. They also account for a tiny percentage of overall gun violence. And, we can’t be sure how to define the kinds of mental illnesses that would comprise an FBI background check for individuals wishing to own firearms. Doesn’t it worry civil liberty advocates that someone with major depression or panic disorder might find himself on an FBI watchlist?

So, what’s the solution?

We at The Clay Center believe strongly that we should resist the temptation to fall for the red herring of better gun control through better legal documentation of mental illness. Of course we need a better mental health treatment system; that’s without question. But, we don’t need it to curtail gun violence—we need it to better treat mental illness. It’s both ironic and revealing that our mental health treatment and gun policies differ so markedly from comparable Western nations.

We need longer waiting periods before buying guns. We need limits in the amount of ammunition one can buy. We need better tracking systems for existing gun ownership. And, we need to close the loopholes characteristic of transactions at gun shows. Finally, we need to lift the moratorium on the CDC’s efforts to understand gun violence. What we don’t need is to further stigmatize an already vulnerable population. Only after we implement broad reaching action regarding gun access can we begin to solve our nation’s seeming obsession with firearms.