The Psychological Gift Of Giving A Gift

The Psychological Gift Of Giving A Gift 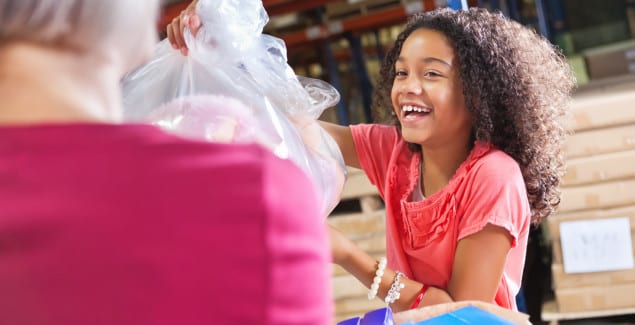 The holidays are, alas, upon us.

And, what usually comes to mind?

Well, we enter the frenzied hijinks of Halloween, gorge on turkey and football on Thanksgiving, and then, just as the cold and the ice and the runny noses peak, we dive headlong into the malls and the 10 zillion shopping websites, and we try, as we do every year, to get the perfect gift—and then worry that we’ll get it wrong or that whoever is getting us a gift will get it wrong, and if you feel exhausted after reading this sentence, well, then, that’s kind of the point, since the whole thing, just like a run-on sentence, can be pretty darn draining.

So let’s stop for a second. Take a deep breath.

It turns out that all sorts of studies, from social psychology to functional neuroimaging, present real and solid evidence for the benefits of giving gifts. In other words, we might rescue ourselves from the holiday blues if we stop to recognize all that the act of giving gifts can do for us. I’ll bet if you search through the recesses of your holiday memories, you’ll recall a great feeling when you handed those gifts to your loved ones. We might even keep the holidays alive because our brains enjoy giving gifts even more than our brains enjoy receiving them.

My niece just celebrated her birthday. After perusing her tastes and wants, I decided, almost impulsively, to purchase two tickets to the local Taylor Swift concert. You’d think, from her gleeful screaming, that I had just given her a unicorn. She was flush with excitement, overjoyed with gratitude, and, here’s what struck me most: I felt pretty good, too.

And then I started wondering…why, exactly, do I feel so good? Why, at the level of my brain, does giving a gift to someone I love make me feel better? Because, for all her whooping and celebrating, I’d hazard that I felt even better than she did. I actually felt a little high; I went for a long run and felt as if I jog forever. Biologically, giving her that gift positively affected me.

This is all very strange. After all, some might argue that from a strictly evolutionary perspective, I had little to gain and much to lose in buying her these tickets. I lost money; she got the tickets. Net energy was extracted from me in exchange for her intangible happiness. And still, my feeling was undeniable. I felt great. I wanted to give her more gifts.

Investigators as far afield as business and neuroscience have, in fact, been studying this issue for decades. Why, they wonder, does every culture on the planet indulge in the giving of gifts? Why take the chance of losing something for someone else’s gain?

Researchers from Harvard Business School and the University of British Columbia found that in the standardized assessment of individuals who both gave and received money, greater happiness appeared to rest in those who gave. Fascinatingly, one aspect of their work demonstrated that among employees who receive bonuses, those who made charitable donations with the received bonuses were measurably happier. Furthermore, that happiness persisted for a longer period of time compared to the controls.

These same researchers conducted another experiment in which people who received an unexpected windfall of money were asked to recall having given a gift in the past. They compared these individuals to others who received similar windfalls, but were not asked to recall the act of gift-giving. Those who were asked to explore the memory of giving a gift were highly likely to feel happier, and to use some or all of the windfall on another gift. In fact, the happier the memory, the more likely they were to feel happy from the next round of gift-giving. It was a big, happy circle. Giving gifts begets giving gifts, and the behavior seems to be spawned by overall feelings of well-being.

Here’s where the neurobiology gets really cool. Researchers at the National Institutes of Health, along with colleagues from around the world, measured brain activity among individuals who both received and gave gifts. In both cases, regions in the brain associated with reward were activated. These areas, usually fueled by dopamine, tend to reinforce behavior. When reward centers are active, we tend to try to get them to stay active. Thus, this finding suggests that our brains enjoy both giving and receiving.

But, there’s an added biological benefit with giving: this same series of studies found that it is only when gifts are given that the subgenual areas are activated as well—and, that particular region of the brain is especially attuned to the pleasures of social interactions. Giving gifts makes us enjoy each other. In fact, giving gifts might even make us like each other more than we already do.

We need to give gifts. That’s the point.

Since kids can’t always on their own procure gifts for others, as parents, we can provide an incredibly valuable service for our children when the occasion arises. If you take the time to help your kids give as much as they receive, you are imparting a wonderful gift that far exceeds anything you can put under the tree. And, that may indeed be the very essence of the holiday spirit.

Raising A Grateful Child In the Season of Getting