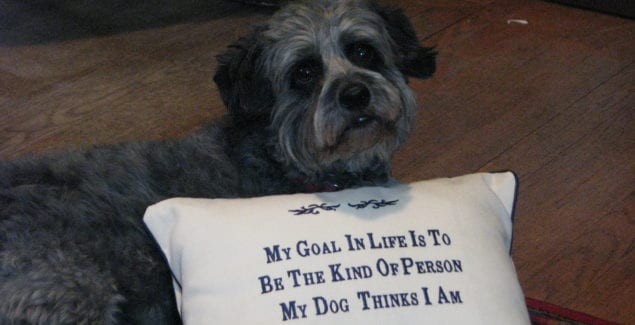 “A house divided against itself cannot stand.” I believe the government cannot endure permanently half slave and half free. I do not expect the Union to be dissolved — I do not expect the house to fall — but I do expect it will cease to be divided. It will become all one thing or all the other.

We all remember this quote – well, at least the first line.

It was actually attributed to Jesus, but Lincoln made the phrase famous when he garnered the rhetoric of the New Testament to capture the hearts and minds of the Illinois State Legislature, and, probably purposefully, people around the country in his unsuccessful bid for the senate against Stephen Douglas.   Why does Lincoln come to mind when we hear this sentiment?  Because he used the metaphor of a divided house to strategically move our nation toward a united front against slavery.
Lincoln tried to make the choice simple.

Leaders and politicians often make sweeping pronouncements, largely through hyperbole, in the spirit of elevating and drawing attention to a major issue. I’m not sure if Lincoln would have tweeted this had he been alive today, but you get the point.  Politicians want to force discussion.  That’s how we move forward – by discussing the issues and deciding how we feel about them.

But I am going to wade into the treacherous waters of taking issue with honest Abe.

Don’t get me wrong. I am a huge fan of Lincoln, and with good reason.  He saved the union. He was one of our greatest leaders and remains an inspiration to which we aspire even today.

It’s just that I don’t think that over-simplifying every issue into “I agree” or “I don’t agree” is going to work that well as millions of American prepare to confront their own divided houses when the holidays converge with the most divisive election in recent history.

The fact is that many of us live in families that are deeply divided.  Those divisions are not likely to be resolved (nor should they, necessarily) as we muscle through our winter-time breaks.

How do we tolerate these differences under the same roof?  By first looking at what we all have in common.

We all want to be heard.

We all want others to understand and appreciate our aspirations, ideals, and our suffering.

And, if you’ll permit me to get into the weeds:

We all want decent paying jobs, an end to economic disparity, equality under the law and a healthier planet.  With regard to politics, we want leaders who can command respect and make us proud.

The problem isn’t that we don’t all want the same things. The problem is that we have serious disagreements on how to achieve these things. Because of these disagreements, we have conflicts about who is most qualified to lead us toward these common goals.  This might seem rather rudimentary, but it’s the basic stuff that often fails to get considered when things get heated, and believe me.  Many families are worried that things are going to be pretty heated over the next couple of weeks, if not the next few years.

I don’t think anyone really wants their children to think that adults can’t talk respectfully about their differences.  That’s a recipe for disaster in a complicated and interesting world.

It all boils down to this:

How then can we heal our divided homes over the holidays – with peace and good will?  How can be certain that our houses will not, as both Lincoln and Jesus warned us, implode?

We start by taking a deep breath.  We have pretty good brains on our shoulders.  We should use our whole brains – not just the parts of it that enjoy getting heated. Here are some tips to make things go smoothly, especially for the parents who have to manage all this conflict.

1. Make it clear in your family in that all opinions will be heard without interruption and with respect. Ask your kids and relatives to explain their personal reasons for their positions, and try to keep them focused on facts.

2. Foster respectful discussion: When there are disagreements, allow each person to have the floor and explain themselves. Encourage others to ask questions that are non-judgmental. Foster curiosity. Walk in each other’s shoes. Blanket statements such as “you’re wrong” are pretty unhelpful. If there is disagreement, try to lead conversations that are backed up by logic, rationality and responsible data and understanding.

3. Help generate compromise: We can disagree on many issues. But what is most important is that we try to tackle problems together and come to solutions through negotiation and compromise. It is rarely useful to support a “my way or the highway” mentality as the means of solving problems.

4. Try to diminish high levels of emotion: Let’s face it. This election was characterized by fear, anger and hate on both sides.  These were not exclusively the emotions of the election, but they are certainly the ones that got the most coverage.  And it might even be that these emotions are effective campaign tools.  That doesn’t mean we condone them.  Make it clear to your family that these kinds of unchecked emotions are primitive and are never helpful in mending fences.  We don’t have to agree, but we do need find common ground.  Fear and hate severely limit these goals.

5. Encourage complex thinking: The issues we have so fiercely debated over the previous months often have been answered with overly simplistic black and white solutions.  An argument in the form of a tweet gets us nowhere. None of these problems enjoys easy or unidimensional answers. Once we can appreciate shared complexities, we become more willing to work together

6. Attack the issues and not individuals: Look what we saw in this election.  Enough said.

7. Take breaks! If we get into potentially charged conversations, we call a time-out.  A heated screaming match looks too much like baboons arguing.  We’re human and we’re better than that.  We don’t always reach the level of civility that we support, but we ought to try.  One way we do that is by cooling off.  Again, every parent of a teenager knows this.

8. Empower family members to join with others in the community: Many of us, particularly our teens and young adults, feel helpless and hopeless in the wake of issues and problems that seem monumental. Isolation can be devastating. Remind your children that there are communities to be part of that share common and laudable goals.  Encourage peaceful action rather than destructive despair.

9. Save some time for fun: Sure we have our differences, but we need to find conflict-free areas, especially during the holidays. Cook together, take walks, play games and music.  Have fun!  No one ever said we had to be in complete agreement to enjoy each other’s company.  If that were the case, then the world we be a whole lot less interesting.

Divided houses are not easy to mend. A divided country is even harder.

But all politics are local. If we start in our homes, we have a shot at generating peace in our communities and nation.  Isn’t that what we want most?

For some suggestions on how to talk with each other at the holiday dinner table, here is a clip from “Talking Turkey” – a guide for Thanksgiving on Boston CBS, WBZ, channel 38.

A version of this post originally appeared and was written by the authors (Beresin & Schlozman) on WBUR’s Common Health on December 22, 2016.