What If My Child Is Suicidal? | MGH Clay Center for Young Healthy Minds 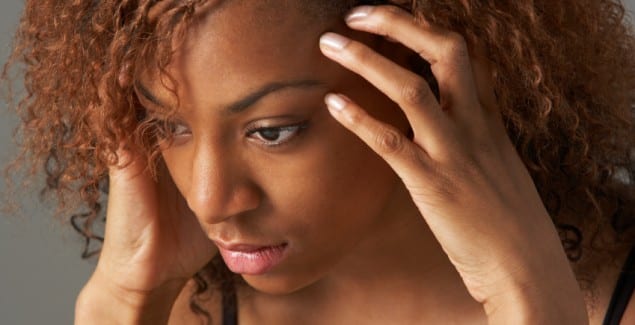 We’ve begun many of these posts with stories.  We’re not going to do that with this post.  When a child takes his or her life, we don’t need to make the post personal.  The loss of a child to suicide is necessarily tragic, and deeply disturbing.  Fortunately, it is also potentially preventable.  We’ll focus in this post on what we know about suicide in young people, and how we can prevent this horrible outcome of psychiatric difficulties.

Here’s the scary news: suicidal thinking among youth in the United States is fairly common.  At any given time, as many as 30% of kids seriously consider suicide.  Although some studies suggest a higher rate among boys than girls, that number is changing.

Here’s the good news: the rate of adolescent suicides, and all youth suicides, has steadily declined over the last 20 years or so. While there was a brief surge that appears to be associated with the decreased willingness to prescribe antidepressants after the FDA’s Black Box Warning (ironic, as the warning itself worried about the creation of suicidality among patients who take antidepressants), that increase has now stabilized, and as a rule, young people take their own lives much less now than they did a few decades ago.

What’s made the difference?

The most common precursor of suicide among young people is an interpersonal conflict or loss, usually with parents or a romantic relationship.  This alone is clearly not enough.  Interpersonal conflicts are frequent for kids; however, if you combine these conflicts with a pre-existing psychiatric disorder (usually a mood disorder such as depression), and especially if you involve substances, then the risk factors for suicide in young people dramatic increase.  In fact, 90% of suicides among kids are associated with a diagnosable psychiatric syndrome, and the three most common factors among those who take their own lives are a mood disorder, substance abuse, or a previous attempt.

Depression is, in fact, the most common psychiatric disorder among youth who attempt or commit suicide, although most students with depression do not attempt to take their own lives.  Still, thinking about suicide is a potent indicator of increased risk, and should be taken very seriously.

Importantly, self-mutilating behavior such as cutting, scratching or burning is usually not associated with suicidal intent.  Patients who engage in these behaviors often note the maladaptive nature of their actions, but stringently deny any attempt to end their own lives.  If anything, these patients say that the mutilation brings transient relief from overwhelming emotion.  These children also need help, but it is important to note that the risk of suicide is substantially less.

Whenever a child notes suicidal ideation, he or she is communicating some form of distress. Assuming that comments about suicide are “merely a cry for help” is dangerous.  Even if a child or adolescent is not seriously contemplating suicide, suicidal comments require investigation and help.

When a student has made suicidal comments or attempted suicide, parents, clinicians and teachers often worry about how to discuss the matter with the student’s peers. Classmates may comment on a student’s excessive crying, self- mutilation, or absence during a hospitalization. Focusing on each student’s concern is a helpful guiding principle. After class, for example, the teacher might explore with a concerned classmate several ways to respond to an upset student, including devising a safe place for a crying student to go to regroup, or acknowledging sadness by saying, “I’m sorry you’re feeling bad right now—would you like to eat lunch with us later?” If a student is hospitalized, the teacher might ask, “What would make you feel better if you were out sick from school?” The class may want to send the student a card wishing a speedy recovery.

So, what’s the best prevention?  Recognizing early the signs of suicidal thinking, taking seriously all comments about suicide, and being certain to ask young people, especially those with pre-existing mood disorders who have suffered an interpersonal rupture, whether they are feeling suicidal.  Contrary to some concerns, asking does not increase the risk of an eventual suicide; asking, in fact, drastically decreases the likelihood of a tragic outcome.