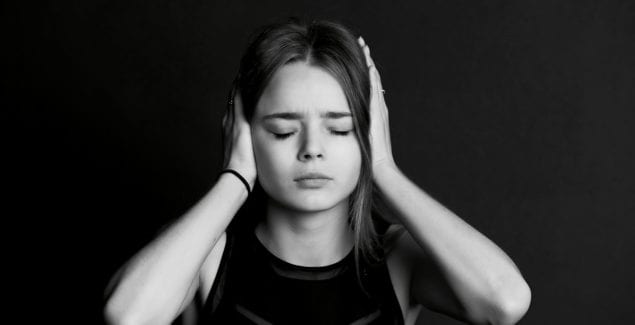 For more information about eating disorders, and ways you can help to make a difference for a young person in your life, please visit the National Eating Disorder Association website. #NEDAwareness

Anorexia Nervosa deeply affects everyone. It’s torture for the afflicted person, terrifying for parents, and terribly frustrating for clinicians.

And sadly we tend to hear mostly about the celebrities who have died from or struggled with anorexia, like Karen Carpenter, Portia de Rossi, and Mary-Kate Olsen, and not the vast numbers of sensitive, vulnerable, everyday girls and women who suffer from it.

We share this artcile so that everyone can understand the features of anorexia, identify it early, and try to help and support the ones who are struggling.

I didn’t go to medical school to be the enemy.

I was taught—and believed—that providing help and compassion would be rewarded, in turn, with a trusting relationship. It should be a natural consequence of just doing the right thing.

It was beyond rattling when I started working with kids who had anorexia nervosa. Though on the verge of physical starvation, and at times, medical collapse, they just wanted to be left alone amidst the coaxing of their parents and the medical team to simply eat.

And for kids, food is about as good as it gets. But as the doctor in charge of their care, they just see me as the villain who wants to make them fat.

Let’s take Sarah (not a real patient, but a composite of many I have seen). She is a beautiful and talented 14-year-old, the pride of her family—a straight-A student, brilliant dancer, star forward on the field hockey team, sensitive and giving daughter and friend—clearly someone destined to do great things. It seemed she had everything: talent, creativity, and successful and loving parents.

But, after a summer away at drama camp, Sarah lost about 15 pounds; she also became vegan, and ran five miles daily before school, sometimes even before dawn. Yet at 5’7” and already quite slim and fit, her parents and friends thought she looked great. Life, it seemed, was good—until she dropped to 100 pounds and lost her periods. Her pediatrician urged her to seek help at a hospital, while her parents hoped that all she needed was to see a nutritionist and start eating again. This ultimately made no difference, which is why they came to me.

When Sarah first met with me, she had little, if anything, to say—she didn’t feel anything was wrong. But when she lost five more pounds and the pediatrician required admission to the hospital for medical stability and “nutritional rehabilitation,” she began talking—no, pleading—with me to leave her alone and let her stay home, bargaining about her weight goal to avoid hospitalization. When I didn’t comply, I was viewed with disdain; no matter what I said about the medical dangers, possible risks to her body (including bone fractures and infertility), nothing worked.

I became the enemy.

Kids with anorexia nervosa have a relentless drive for thinness, and an intense, unshakable fear of becoming fat. Despite dangerously low weight, they do not see themselves as thin. To the contrary, in fact: no matter how low their weight dips, there is always more to drop.

These girls are born perfectionistic, compliant with external requirements, compulsive, driven—and, perhaps their Achilles heel—highly sensitive to relationships, fearful of rejection or hurting others. Paradoxically, they often deny or turn a blind eye to the suffering of those who watch them progressively starve themselves—at least at first. Later in the course of the illness, they often feel profound guilt, both over this, and just about everything else.

What happens to these girls? What are the fundamental causes of a disorder that is so resistant to treatment, and sadly, has one of the worst prognoses (and highest mortality rates) of all psychiatric disorders?

Anorexia is a “perfect storm” that requires just the right combination of elements arising from individual biology, family relationships, psychological and behavioral habits, and social forces. While the “recipe” may vary from one individual to another, it seems that having a critical component from each of these domains is required for the illness to arise.

Biologically, studies of twins and family histories reveal that there is a genetic predisposition to anorexia nervosa. There seems to be a relationship between anorexia nervosa, bulimia nervosa and obesity, leading some researchers to wonder about the central nervous system’s regulation of hunger and fullness.

In addition, girls with anorexia tend to have constitutional features from birth, such as perfectionism, obsessive-compulsiveness, competitiveness and an exquisite sensitivity to relationships, especially fear of rejection. They are also prone to difficulties with mood regulation, and have a high risk of depression and anxiety.

Beyond biology, social, psychological and family factors play a role in the development of this disorder. These elements are often difficult to distinguish since they are intertwined in the fabric of Western culture.

The most important factors tend to be the social pressures surrounding body “image,” and, particularly for women, thinness. We cannot underestimate the degree to which body image is reinforced, not only through television and movies, but also in magazines, and even toys. After all, the most popular toy in modern history is Barbie—a physiological impossibility and standard, virtually unattainable by any woman!

However, family and psychological factors are also implicated in the development of anorexia nervosa.

While the families of anorexic girls tend to be among the most loving, loyal and caring, they also have a pronounced focus on image, performance and achievement.

So what’s wrong with this?

In the context of social pressures on body image, poor mood regulation, and the inborn drives for perfection, compliance and sensitivity to rejection all put internal pressures on the developing girl.

The end result is that these girls tend to have significant difficulties in three primary areas:

So, what seems like an ideal situation—a loving family, lack of conflict, and admirable inborn traits in a society that emphasizes good looks and fitness—can end up throwing things way out of order.

Some wonder why this seems to be a “culture bound” syndrome, characteristic of Western (U.S.) society.

Is it our emphasis on thinness?

Is it our reliance and identification with role models we see in media?

Is it dependent on certain family structures within our society—ones that emphasize image, achievement and conformity?

Is it particularly characteristic of women (about 96% of those with anorexia nervosa are female)? Is it the way we socialize girls versus boys in our culture?

Is it the unfortunate result of a girl with certain genetic vulnerabilities and intrinsic traits being born into a complex web that she can’t extricate herself from?

The answer is probably “yes” to all these complex questions!

Sarah had multiple medical and psychiatric admissions, often in residential and outpatient hospital settings. She continued to work with me for many years in individual and family therapy, and through my administration of medications (not to treat her anorexia nervosa, but to help her mood and anxiety).

After about two more years of struggle and distrust, Sarah did come to like me. She progressively gained weight, resumed menses, and eventually went off to college. I actually still see her, and we have come to know, appreciate and understand one another—mostly our motives, and the importance of our relationship.

What worked? In a separate blog we look at the treatment of anorexia nervosa, and what its outcome may be. It’s not great, but for some like Sarah, there is hope.

Above all, it’s a marathon, not a sprint.

I have learned how to survive as the enemy. Believe me, it takes a toll.

Most doctors, myself included, want to be liked; we try very hard to care for and heal others.

Yet, we also need to realize that many times our patients don’t see us that way, and the best we can do is hold on for dear life—for the lives of our patients, and for our own emotional resilience.

What Are the Treatments for Eating Disorders?