What If My Child Has A Drinking Problem? | MGH Clay Center for Young Healthy Minds 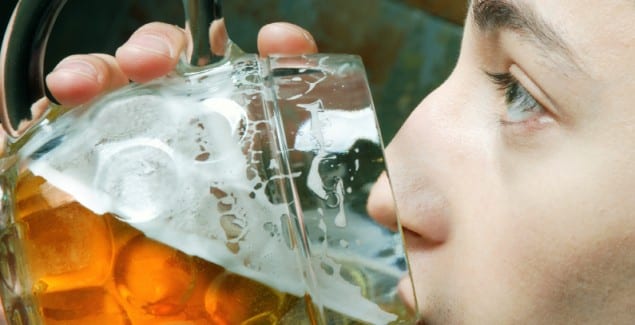 By far, the most commonly misused drug among teens is alcohol.  This makes sense, as alcohol is legally available throughout the United States, it’s heavily advertised and glorified in the media, and frequently used in celebratory activities.  The effects of alcohol in terms of reducing inhibition are quite real.  Many parents will have a drink to “wind down,” and the fact that kids see their parents drinking can be confusing for teens who are being pressured peers to themselves to drink while also being told not to by adults.

Does this mean that parents ought not drink alcohol at all?

Of course not.  If anything, adults, can model responsible drinking for kids so that when kids are in fact old enough to legally drink, they will do so with a clear understanding of the responsibilities that come with the pleasures of drinking spirits. These nuances illustrate the complexity of the issue.

Alcohol is pervasive, effective, and dangerous.  Scenes of drinking, both responsibly and irresponsibly, are equally pervasive.  And, kids will vary greatly with regard to their capacity to metabolize alcohol.  In fact, those teens at the highest risk are the ones who can “hold their alcohol” well.  This capacity is a highly-heritable trait, and is associated with a very high risk of problematic drinking later on.

Geri, a 16-year-old girl, showed her parents that she had a problem through a phone call that makes every parent’s skin crawl.  At 2:30am one Sunday morning, well past Geri’s curfew, her parents were called by the emergency department at a local hospital.  Geri had passed out and cut her head badly at a party.  Her friends had reacted well, calling 911 and taking her to the emergency room via ambulance.  She was still quite intoxicated, but an MRI of her head came back OK—no major damage, and after a few stitches, her parents could take her home.  As they waited in the emergency department, they were shyly approached by Geri’s best friend.  She explained that she had been struggling to keep Geri under control at parties.  Geri would raid the liquor cabinets at other peoples’ houses, and she was often so drunk, that her friends would need to sneak her back into her house.  As Geri had always been “a good kid” and highly responsible, her parents never thought to check more thoroughly on her when she came home with her friends on the weekend.

Here’s where Geri’s parents were particularly surprised:  When they sought help for Geri, they learned that many teens binge drink, often having five or more drinks at a time. That was far more that her parents enjoyed after work.  They also learned that flavored alcoholic beverages are immensely popular among underage drinkers, and that liquor companies may market these drinks explicitly to young drinkers.Geri had started at age 15, still far younger than either of her parents had first drank recreationally, and surveys show that one in three teens have had a drink by age 15. Furthermore, one in five 12- to 20-year-olds drink alcohol, with more than 1 in 10 binge drinking in the past 30 days.

They also learned of the risks of alcohol to a teen’s rapidly developing brain. Teens’ brains are still growing and developing in ways that shape their perceptions of emotions, excitement, danger and some memories. Heavy alcohol use during this time of brain development can lead to permanent changes, hotter tempers and greater violence or emotional instability than in adults.  These aspects of underage drinking can, in fact, be quite dangerous in both the short- and long-term.  Besides having effects on the brain that last into adulthood, alcohol also impairs judgment.   This may seem obvious, but one needs to combine the already-lacking judgment characteristic of a non-intoxicated adolescent, with the now worsened judgment of that teen’s brain mixed with alcohol. In fact, the effects can be fatal.  Experts blame alcohol for many drownings and traffic deaths involving teens; underage drinkers are also more likely to commit or be victims of violent crime. Furthermore, adolescents who use alcohol are more likely to be sexually active at an earlier age, and have unprotected sex. Perhaps most striking, as we noted in the post on teen suicidality (hyperlink to What if my child is suicidal? blog), is that adolescent drinking has been highly linked with contemplating or committing suicide.

When Geri’s parents looked back on the past two years, they were shocked to recall many of the warning signs experts most often note.  Geri had experienced a sudden change in attitude; they chalked this up to normal adolescence, but looking back, she did seem less concerned with her grades and many of her friends from middle school.  She also lost interest in sports and drama, both areas in which she had previously been very involved.

Here’s the problem though, and the reason her parents were particularly troubled: they each recalled similar changes in their own behavior in the absence of alcohol or other problems when they were teens; isn’t that just the way teens are?

Yes and no.  Teens definitely change their behavior, and knowing what is normal and what is worrisome for your teen is always hard.  But, the best remedy for this uncertainty turns out to be somewhat simple.

Ask your kid how he or she is doing:  Has he or she drunk at parties? If so, how much?  Does he or she have a way to get home safely?

Some parents give their kids at least one “get out of jail free” card; this means that they can call their parents and ask them to pick them up, with no threat of punishment on this one occasion.  That doesn’t mean that they don’t try to talk to their kids about what just happened—they just do so in the absence of a severely-judgmental stance.  In fact, the best way to influence your child to avoid drinking is to have a strong, trusting relationship with him or her, says the National Institute on Alcohol Abuse and Alcoholism (NIAAA).  Studies have even found that children are less likely to begin drinking if they feel close to their parents. With a strong parental tie, they are less likely to go along with peer pressure to drink, therefore striving to meet their parents’ expectations not to drink.

Geri started a day treatment program that used motivational interviewing, a technique that often works well with adolescents.  The therapist meets the child where he or she is feeling: What purpose does drinking serve?  Is it necessary to drink to have fun?  Can he or she cut back or stop altogether?  Geri’s parents were big parts of this program, and through collaboration, cooperation, and hard work, they—and Geri—became more aware and in control of Geri’s alcohol behavior.