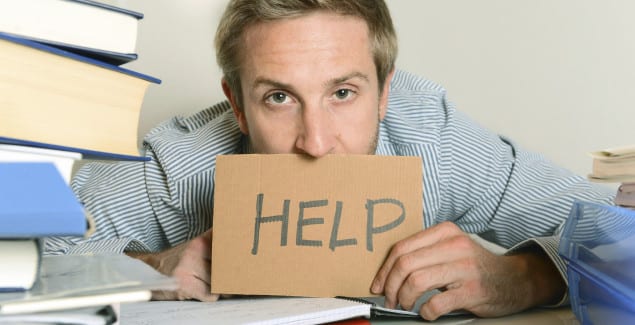 Sally is an 18-year-old freshman at a large land-grant university.  She has been admitted into her school’s special scholars program due to her particularly impressive academic achievements in high school, and begins her first year of college with a new group of friends, and assumed academic success.

Throughout her teen years, Sally suffered from depression, engaging in some episodes of “non-lethal cutting.”  This meant that during times of stress, she would cut herself on her arms using sharp objects.  These actions were never felt to be suicidal, and she has since learned, through the help of her doctors, to understand this behavior as a poor coping mechanism.  Sally thus attended weekly therapy sessions for the duration of her senior year in high school, and began taking an antidepressant—both of which helped her immensely.  Consequently, she had no cutting episodes for the year leading up to the start of college.

As her freshman year progresses, Sally’s work becomes increasingly more difficult.  She has also not been able to keep up with her regular therapy sessions, and though she has continued to take her antidepressant, she has only managed to have a quick 10-minute-visit with the prescribing health center doctor.  This is not for lack of trying to see someone.  Before beginning college, Sally and her doctors contacted the student mental health center, and were assured that she could be easily transitioned to both a counselor and a psychiatrist.  However, Sally has since discovered that the wait for a first appointment with the clinicians is more than three months, during which time her depression worsens, and she resorts to her old habit of cutting herself.  An RA observes the scars on Sally’s arms, and reports her concern to the Resident Advisor.  The Resident Advisor reports the concern to the Dean of Students; shortly thereafter, Sally is asked to meet with her academic advisor, who informs her that she is to take a year’s leave from school, and reapply the following fall.

Though this story is fictionalized, it’s not unusual.  Increasingly, Sally’s experience has become the rule and not the exception.

Needless to say, college mental health is in trouble.

That’s not news, nor is this sentiment a particularly controversial notion.  Wait times at college mental health centers have grown exponentially, the rates of psychiatric disorders and psychological disturbances across the nation’s colleges have continued to rise, and there is little standardization in place with regard to best policies and practices for college administrations struggling to care for psychologically-vulnerable students.  No one, not even the college mental health programs themselves, would dispute this fact.  The tribulations of college mental health needs are written about routinely in academic and lay publications.  As The Chronicle of Higher Education recently noted, if one requires mental health assistance at a U.S. college or university, “take a number.”  Wait times are long, the needs are great, and although help exists, it’s often extremely hard to access.

What are the numbers?  According to the American Psychological Association, the 2010 National Survey of Counseling Center Directors noted that 44% of patients at college counseling centers had severe psychological problems.  That’s up from 16% as determined by the same study in 2000.  Keep in mind as well that this number is likely an underestimation, as student are often reluctant to come forward for care because of difficulty with access to care itself, fear of stigma, and worry that their presence in the counseling center will become part of their student record, and perhaps even used against them by the college.  There are other numbers we could cite, but accounting of the extent of the problem isn’t the purpose of this post.  Any quick Internet search is enough to worry parents who are preparing to send their children off to higher education.

We’re often asked why there’s been such an increase.  While there’s obviously no simple answer, it’s likely that the crisis is, ironically, a symptom of success.  As stigma has decreased and a willingness to seek care has increased, more and more teens with psychiatric disorders are applying and being accepted to colleges that simply weren’t options for similar teens as recently as 25 years ago.  Better recognition and treatment of psychiatric illness in adolescents has meant that those same adolescents can now maintain their developmental trajectories.  Thus, universities have experienced a steady increase in students who require psychiatric help.  Add to this epidemiological fact that most psychiatric disorders worsen with stress and have their onset in late adolescence and early adulthood, and one can see how the proverbial “perfect storm” happens when college begins.

As this is college admissions season, we’ll be writing a series of blogs addressing these issues.  For this post in particular, we’d like to simply note that in many ways, colleges are still struggling to have consistent policies for treatment, medical leave and re-admission for students with psychiatric illnesses.  Solving these problems will take time, financial support and a change in the culture of higher education.  We’ll write shortly about some of the ways families can mitigate problems before college starts, but for now, keep these three facts in mind:

College is a wonderful time, but it’s also an amazingly stressful time.  As the demographics of students change, we’ll need to change our culture to accommodate them.  After all, Sally could be the next Nobel Laureate if she can just gain re-admission in the fall.