I was a precocious child, looking back. I read voraciously, and was curious about everything: such as what made people do what they do, and how mechanical things were put together and actually worked. And I loved my friends who came from very different backgrounds. I was a lucky child in so many ways, but I knew I was different from an early age.

Tommy and I were great friends. We could talk and walk, play stoopball against our houses steps, or just be quiet reading books together. He was the type of kid who could run and somehow his shirt stayed tucked in his pants, and his hair never moved out of place. In June, at age nine, my family was moving out of Queens in NYC to a more suburban neighborhood, and Tommy and I spent what was to be our last time together. We lived a few blocks apart, and I walked with him from the playground to his house, both of us acutely aware that we were saying goodbye.

Although we said we would stay friends forever, I now believe we each knew in our heart that this was unlikely. We stood on his front steps, he one above as he was a bit shorter than me. From inside we could hear his mother calling him in, and I knew I had to get home before the sunlight faded completely. We looked at each other, speechless, in our mirrored sadness, a feeling I have never truly forgotten to this day. Silently, he reached over, now a few inches taller than me, and grasped my head at the ears with both hands. I wanted time to stop. He bent over and ever so gently holding my hands he kissed me smack on the lips, said I love you, and ran quickly inside. Four city blocks of tears carried me home.

Whatever this was, I knew it was scary, and terribly wonderful.

By the time I was 13, trying to weather the inescapable squalls of testosterone, and well before one could turn to Siri or Google, I had questions. On one occasion, I had convinced my parents to leave me in the New York Public Library for an hour on my own while they took in some shopping. During that hour, I discovered and devoured everything I could that started with the word “HOMO,” and learned the words “homogeneity” and “homozygous.” I also found “homo erectus,” but that wasn’t as exciting as I had hoped. I finally found texts with the word homosexual in the title, although many of those books had been stolen from the shelves, probably by frightened and curious people struggling to find out who they were. Later on, as I studied the literature on sexuality, I realized I was probably fortunate that I did not immerse myself in the negative, homophobic writing of psychoanalysts and religious demagogues.

Early on I was very aware of my sexual orientation towards my own gender, and equally aware of society’s attitudes towards homosexuality. I knew that I could put off facing this until I was older, so the authentic part of me was to be mine to bear alone. I liked the company of both boys and girls, and when a girl kissed me in junior high I did not mind, but she didn’t taste, or feel like Tommy, whose memory makes me smile even today.

I was lucky to have parents who did not live through their children, and who nurtured any and all interests we might have had. I was equally comfortable playing football and tennis and reading science fiction and playing guitar. I kept private the question of how my life might unfold as my sexuality came more into the fore. I was fortunate to have a mom and dad (and extended family members, male and female) who were comfortable with—in fact demanding of—affection. There was never a time where I felt that kissing my dad goodnight or hello and goodbye, even as an adult was inappropriate.

But I did wonder how being gay would play out: who would I find to love? Even as an adolescent, perhaps the most vexing question was whether I could become a parent or if I would have to jettison that expectation? When I came out to my parents, my dad’s first question was, “Okay, now figure out how to have children.” Imagine the support I felt that has continued from my entire extended family.

Fast forward to 1980 when I met the man who became my life partner and then, when it became legal in Massachusetts in 2004, my husband. Early on it became clear that being parents was a goal we shared, and we began the process by thinking about surrogacy and adoption.

We got to know gay men who had children by previous marriages, and rarely a gay man who had adopted as a single parent or who became the legal guardian of a sibling’s child through some unfortunate circumstance. We considered shared parenting with a lesbian couple we knew, and spent time thinking through the first 18 years of a child’s life if we shared custody. What would the living arrangements be? How would four reasonably opinionated adults make decisions about school, vacations, holiday visits, etc.? And as an interracial couple, how would our social and religious and political views manifest?

As a result, we realized that we wanted to be fulltime parents, and believed that as gay men we were as capable as women of nurturing a child, though that was not a prevailing point of view at the time.

The road to parenting for us was difficult, but we persevered, and as an interracial couple we adopted a three-month old mixed race child. There were obstacles, legally and socially, including some attitudes in the gay community that were not supportive. A few years later, we adopted a gay teen.

Thankfully, with greater legal protections and more visibility of gay parents in the culture, gay male adolescents now see many more models of parenting by LGBT people, and can work through the coming out process without having to initially foreclose the possibility of being parents in order to affirm their same-sexual orientation. The experience of watching GLBT people on TV and in the mass media has forever changed the options that did not seem available during my childhood.

Reports vary depending on the sources, but about 35% of LGBT individuals (women, 48.3% and men, 20%) are raising children under the age of 18. Among same sex couples, children under the age of 18 are raised in 27.4 % of female and 10.6% of male couples. Several reports indicate that children raised by same sex people have no increased rates of themselves being same sex-oriented, but there are ways in which being raised by same sex parents may increase one’s tolerance for differences, and for a greater sense of justice.

As a psychiatrist who has counseled both lesbians and gay men about parenting, and in working with GLBT youth, the question of “whether one can be a parent” has now shifted to “does one want to be a parent and by what route?” Lesbian youths who repressed their same sex orientation could engage in heterosexual behavior with pregnancy being a potential outcome, serving also to confirm a sense of “womanhood” that is highly valued in our society. Gay men, however, up until fairly recently, in many instances believed they had to forego the desire to parent if they were to “come out,” unless, like so many gay men of the past, they married for convenience and respectability.  And while there is greater acceptance of men being primary parents, there is still much sentiment that raising children without a mother is unacceptable.

For many young gay men, the option of being a parent may not lead to being one, but having that choice is about equality, freedom, and potential. When I was a youth, I could never have imagined the distance we have come to affirm same sex orientation as having the same rights and privileges to marry, have children, and be seen as valuable citizens. While there are still many obstacles to overcome, and anti-gay sentiments remain, much progress has been made in about four decades.

Becoming equal never happens fast enough, but it is happening. Becoming a father was one of the most extraordinary moments of my life, and being a parent has forever humbled and changed me, I believe, for the better. The unique feeling of love for a child still gives me awe. 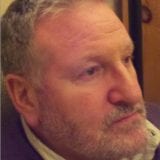 Dr. Forstein attended The College of Medicine, University of Vermont after a career of teaching high school English, where he developed a lifelong interest in teaching and education. He completed an internship at Presbyterian Hospital, Pacific Medica...

Father’s Day And The Evolving Role of Dad