How to Talk to Your Little Ones About Terrorism

How to Talk to Your Little Ones About Terrorism 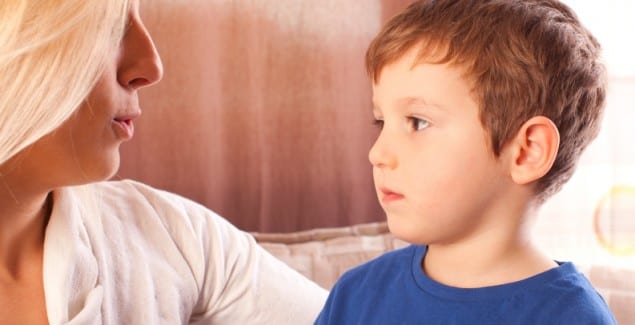 After September 11, 2001, lots of little kids across the nation asked some variation of the same question:

“Mommy, why did the bad guys attack us?”

Kids tend to look for patterns, especially when they’re frightened, so some kids likely took this inquiry even a step further:

“Daddy, why do the bad guys hate us?”

And here’s the thing—bad guys, so to speak, DID in fact attack the United States that day. That isn’t a political statement; it’s simply a confirmation of what happened. So, since we all agree on the facts, why do we have such a hard time answering our kids when they ask us these pretty basic questions?

In fact, they’re our kids. And, perhaps most poignantly, because we don’t want our kids to have to face anything horrible—ever. That’s just a natural instinct for parents.

Still, something horrible did happen, and when horrible things happen, kids look to us to make sense of the chaos. So, not talking about something obvious and scary usually makes it scarier. Parents certainly felt the full weight of their parental responsibility that day. Sadly, those days have continued to some extent, as the recent bombing at the Boston Marathon has demonstrated.

So, there you are, back on that horrible day, and little Devon is asking you “Why?” They can see the worry on your face, and can probably sense that you have the same question.

For parents, a bit of guidance during these incredibly difficult times can provide a roadmap during what is otherwise a potentially nebulous and unsettling parental journey.

First, let’s think about how little kids view moral dilemmas. If you’ve ever watched kids play cops and robbers, you know that there isn’t a lot of nuance to their sense of right and wrong. That’s why this post isn’t a political or ethical post; we’re not trying to debate the geopolitical causes of the terrorism, and you certainly don’t want to go there with your 6-year-old.

We want to try our best to reassure our 6-year-olds. We want to remember and understand that at this age, kids really aren’t ready for the geopolitical nuances of right and wrong. They’re most of all ready to be reassured, so help your kids to appreciate the fact, that they are, indeed, safe.

“I don’t know why the bad guys attacked us, Devon, but I promise you that you and your sister, and Mommy and me, are safe.”

The conversation might, at least temporarily, end there. Just knowing that all is well in the present is sometimes enough for a little kid, and don’t be surprised if Devon goes back to playing with their cars again.

Here’s where a bit of developmentally-appropriate interpretation can help. Devon is probably not asking whether there are bad guys in the backyard, but to be clear, you can provide reassurance that they are safe, and that no bad guys are around. But here’s what Devon is probably really wondering: How many more bad guy are out there?

Remember that Devon is 6, so they think of the world as a playground. Where are the bullies? Are the new kids on the slide nice?

This is a good time to remind Devon that there are a lot more good guys than bad guys in the world. This will make sense to Devon precisely because their moral reasoning is in that “all or nothing” stage. In a world without nuance, the numbers really matter. More good guys, in Devon’s mind, means more good will happen than bad. That realization will be quite a relief.

Here’s the really hard part: parents themselves are appropriately freaked out. No one wants to raise a child in a world where terrorist attacks can strike so personally. Still, kids can pick up on the worry that parents carry, and to that end, it’s important to try as much as possible to avoid showing that worry to your child. Otherwise, you run the risk of inadvertently frightening your child. Kids mirror their parents’ feelings, and that’s not always a great thing in these circumstances.

You know how the flight attendant on a plane will tell you that if the cabin pressure drops, you should put your own oxygen mask on before you help your child? This is the same principle. Take care of yourself first. Seek out other adults for support in these circumstances. Make sure you can emotionally breathe. Then, if Devon still seems worried, say something like “Yeah, I’m worried too, sweetie, but if we stick together, we’ll be OK.” That might sound corny to you, but watch enough kids’ shows, and you’ll learn pretty quickly that this is darn reassuring to a 6-year-old.

We’re going to stick together. We won’t be alone. That’ll almost certainly get Devon back to their toy cars.

However, if Devon remains worried, then it’s probably time to get some help. Ask your pediatrician about pediatric anxiety, and maybe plan a visit or two with a child mental health clinician.

That’s just another version of the same principle.

How To Talk To Kids About The Executive Order On Immigration