Divergent Is Not So Divergent: Why Kids Can’t Get Enough of Dystopian Novels and Movies | MGH Clay Center for Young Healthy Minds 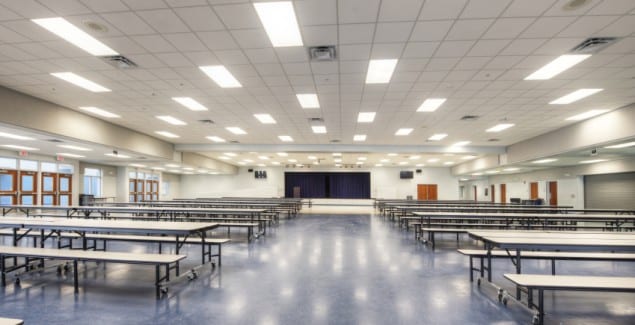 As a writer myself (indeed, as a writer who has, in fact, published a dystopian novel), I am often asked to make sense of this trend. Isn’t the world spooky enough, parents ask? Why can’t our kids watch The Breakfast Club the way we did?

I, of course, have no monopoly on the one true answer to this query, and that’s because there cannot be only one true answer to this query. People like the same thematic qualities for all sorts of different reasons, and it would be foolish to say that everyone seeks out the same stories for the same emotional purposes. I also know better than to dive in this setting into a political explanation for the popularity of this genre.

However, I’d like to argue that there is a hidden grain of resiliency buried near the surface of the dour and cloudy plots that these movies bring us. Remember that the best fiction, and especially the best fantasy fiction, often shows us how NOT to behave. In fact, the protagonists of these stories are usually embroiled in a noble fight against the reductionist formulas that dystopian worlds engender. In The Hunger Games, for example, Katniss refuses to allow the Games to win. Lives are personally at stake, and she finds a way—albeit a dangerous way—to circumvent the horrific system of control under which she is forced to live. In that sense, the classifications which totalitarian systems seem intent on creating and defining (and, while we’re at it, recall that ALL teens feel at times that their world is totalitarian), are overcome by the heroes of these stories who themselves break forth in glorious and unmistakable individualism. I’m not arguing that this is particularly new, either; the early 90s band “Rage Against the Machine” did not simply draw its name out of a hat…

To make the point that these stories speak especially to the developmental challenges of adolescence, let’s look at the most recent film to make major headlines.  The movie Divergent opened last week to lackluster critical reviews, but nevertheless, garnered stellar box office numbers. After its first weekend, Divergent made a reported $56 million. That’s a clear win in Hollywood, and usually (though not always), this kind of win speaks to a coalescence of cultural zeitgeist with Hollywood ambitions. So, what’s going on with Divergent?  Why is it such a hit?

Here’s the background: Divergent is based on Veronica Roth’s best-selling young adult novel of the same name. The story is set in a world (and no major spoilers here) in which a now-partially-ruined Chicago, presumably after some kind of intense and violent conflict, has managed to recreate civility by dividing people during adolescence into five distinct groups. Once you turn 16, rather than simply going on your first “real” date (as was the custom during MY adolescence), you are forced to choose whether you will be purely selfless, purely learned, purely brave, purely truthful, or purely peaceful. Once you choose, there is no room for change, and if you choose or are chosen to be a member of a different group from your parents, then you can never, ever go back to you parents.

Imagine, therefore, the stakes! You must be all one thing and no other thing. You must either utterly embrace—or utterly reject—your parents’ values. There is no middle ground, and in a turning-of-the-tables that we see as a marker of healthy society, a functional world in Divergent is kept safe by forcing extreme views among extreme factions. These factions then must come together as coherent groups to create an overall less extreme whole. In this way, societal balance is maintained through the deliberate sacrifice of unique individuality.

And this, it turns out, is exactly the means by which middle school kids keep the peace in their own governing bodies. The school cafeteria and the after school milieu are defined, in middle school, by the group to which you belong. It’s what psychologist and Harvard Graduate School of Education professor Gil Noam calls “The Psychology of Belonging.”

Middle school kids sit in their groups—the band kids, the jocks, the goths, the cheerleaders and the so on—and they, together, represent the many opportunities and paths that are available to kids as they grow up. No reasonable adult expects them to stay within one group forever, but the kids themselves have a very hard time imagining their changing allegiances or having mixed allegiances, and one could argue that the job of parents and teachers is to help kids have the confidence and courage to move among differing groups.

You can, after all, have green hair AND be on the wrestling team in 11th grade. It might not work so well when you’re 12, but if it doesn’t work when you’re 16, you’re going to have a hard time transitioning to adulthood.

Herein lies the secret, I’d hazard, to the astounding success of all of these films. In the brutal displacement that dystopian and apocalyptic tales afford, we are able to grapple with the “what if” scenarios that speak to our most primitive wishes and fears with regard to growing up. If you are comfortable in your group, it can be scary to move among groups. And yet, if you refuse to move among groups, you soon find that the group you thought you were in has changed into something new and increasingly unrecognizable. In other words, what works in 7th grade does not, by definition, work so well in 12th grade. This story line may seem dramatically mundane when compared to the ruined Chicago of Divergent, or the scarred Appalachia of The Hunger Games, and yet, these stories work well, perhaps even better, in these imagined and depressing landscapes. We can better tolerate the emotional darkness that societal prohibitions against change could create if we are told to picture these worlds in already broken places.

To that end, these stories, like all good stories, are intensely allegorical. Kids love this stuff because the epic battles that that they see on the screen reflect for them their own epic struggle toward individualism.

From a developmental standpoint, these movies are ultimately optimistic. They remind the viewer that even the most restrictive and soul-robbing societies—in short order, the way many kids view middle school—can be tolerated, worked with and ultimately overthrown. That’s a particularly hopeful view when you’re 12 years old and can’t ever imagine changing. And, what about adults? Well, those feelings are closer to the surface than we might like to admit. That’s why these stories work for parents as much as they do for their children.

The Developmental Challenges Of Middle School: It’s Not So Much Who You Are, But Whom You’re With