The Positive Value of Conflict: There’s Great Power in Resolution

The Positive Value of Conflict: There’s Great Power in Resolution 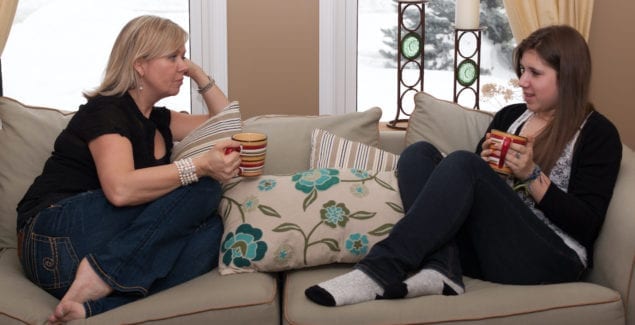 Conflict is a natural part of our lives. We inevitably have disagreements with others from time to time in our values, beliefs, behavior, and much more. But recently, we’ve seen what feels like insurmountable conflict dividing our nation. How do we even start to move toward some kind of resolution?

Let me put on my shrink hat, and focus on conflict in families and relationships. As noted in a previous post on healing, maybe we can learn how to put our conflicts to rest nationally if we start closer to home.

In my clinical experience, relationships become stronger, more enduring, and closer through the resolution of a conflict. But resolution takes practice. Resolving conflict requires building interpersonal skills that are essential for loving and effective relationships at home, with friends, and in our communities. The process of working through a conflict is also a crucial way for us to build resilience and learn more about ourselves and others. We are never too young to start building these skills, as the benefits can last a lifetime.

In families, there are two situations that worry me, clinically:

What is common in these two situations is the lack of conflict resolution.

In one situation, conflict is denied or hidden. In the other, feelings of rage, harshness, or rigidity do not allow for peace and reconciliation. In both cases, conflict eats away at the needed attachment we have for each other in families, and takes a toll not only on the relationship, but on one’s personal sense of security, acceptance, and self-esteem.

Here is the major premise: we are all going to have conflict at times – it’s a fundamental fact of human relationships. But when we make the conflict transparent, when we take accountability for our role in the conflict, and when we resolve the conflict, we become closer. Our attachment and sense of belonging improve immensely.

A Guide to Conflict Resolution

In many conflicts, it’s apparent what’s going on – perhaps a fight over rules, a behavior, or differing opinions. But sometimes it’s harder to get to the root of things, and while the parties don’t necessarily have the skills or insight to manage the situation, it’s still clear that there is some kind a rift.

When conflict is not transparent, we might only see the impact of the conflict in a child or teen’s behavior. For example, in a marital conflict, a child might demonstrate angry, oppositional behavior or physical symptoms, such as abdominal pain. Kids pick up on the rift between parents unconsciously, and it comes out in behavioral challenges. Sometimes they have these challenges because they cannot tolerate the non-transparent tension, or in other cases, to create a way of taking the heat off the family that is upsetting. The child’s symptom becomes the focus of the family, and this serves to keep the unspeakable conflict out of the limelight. The job here for the clinician is to help a family see where there is hidden conflict.

With these situations in mind, here are some tips.

In my work as a therapist and as a parent, I have learned a few things. One of them is that, to quote my favorite psychiatrists, Donald Winnicott, “We succeed by our failures.” And one of the most common failures I have made is unconsciously blaming or criticizing a patient who is not behaving the way I want them to. That is a conflict. I have no control over the behavior of my patients, nor should I hold any kind of bias against them. When I have made this kind of mistake, my duty is to understand my own bias, openly discuss the impact on my patient, and apologize. In all cases when I have done this – as both a clinician and a parent – I reflected on my role in the conflict and fostered a resolution, and the relationship has become stronger.

I hope that we can take some of the lessons of conflict resolution to heart. We should embrace conflict and work toward its resolution. I hope we can use it to mend fences in our homes and in our nation.

How Do We Heal From Here? A Guide for Families and Our Nation

How Do We Heal From Here? – Shrinking It Down

Managing Family Conflict During Covid – Shrinking It Down