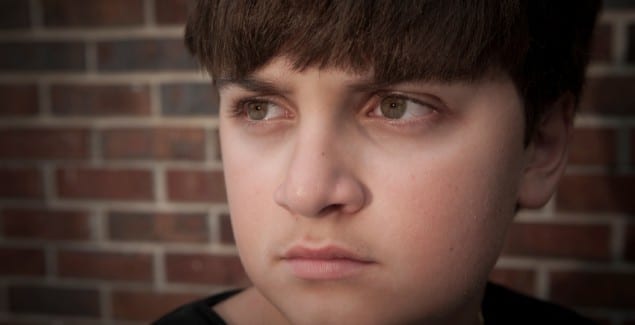 Some kids will become violent as adolescents.

Many have a very short fuse, exploding over the smallest thing. Others, like a ticking time bomb, harbor pent up anger until something pops.

And then there are the scariest kids—the ones who silently plan to harm others, and then don’t just fantasize, but really hurt others, verbally or physically.

What are the warning signs? How can we predict which kid will really be dangerous? Most importantly, what can we do if we spot these kids early, and prevent violence?

These questions are incredibly important. Many good kids will have a rough time and act up, maybe getting into a fight, defying authority, or mouthing off. Most will not end up in the judicial system. What we really want is to know how to identify kids like Harris and Klebold (the Columbine High School shooters), Timothy McVeigh (the Oklahoma City bomber) and Adam Lanza (the Sandy Hook Elementary School shooter).

We must remember that school shootings are very rare! The safest place for kids these days is actually in school. The more dangerous place is on the street. For example, the top rate of death for African American males ages 14-24 is homicide, and often related to urban gang violence. In any case, we all want to understand how to figure out who is at risk of harming others, or becoming victim to another.

The problem is that it’s almost impossible to predict which kids will become extremely violent—like the offenders listed above—and which will not. In fact, in 2002, the United States Secret Service completed the Safe School Initiative, a study of school shootings and other school-related attacks, to see if we could identify which kids would get really violent. It turns out they couldn’t find a common profile that would predict serious offenders—not a very reassuring conclusion!

If we look at teenagers who have committed violent acts, there are thousands with histories of fights, stealing, physical or verbal abuse, and bullying (both as the victim and perpetrator). Many have had depression, learning disorders and especially language problems. Most have been scapegoated and marginalized. Some were impulsive and just blew a fuse; others planned out their offenses. As we look back and consider these features, it’s easy to see why they might have become delinquent. But again, we don’t just want to look back, we want to see into the future!

What can we do about this dilemma?

While we can’t necessarily identify which kid will be a societal danger, we should take some particular traits seriously, and if identified, make every attempt toward remediation. It’s just plain common sense, and we might prevent a serious event. And, early identification and intervention can do no harm. In fact, being proactive would certainly improve the well-being of the child, and his friends, family and teachers.

Here are some of the most common warning signs for possible future dangerous behavior in young kids, who may later become delinquent as teenagers. All of these would merit looking into clinically:

Remember, having one or more of these traits does not always lead to violent behavior. Many kids like this are very kind and gentle. We just want to be sure that we cast a wide net so as to prevent any possibility of future violence. Even if not predictive, any warning sign merits evaluation and possibly treatment. Some of these kids may be headed for difficulty one way or another.

These kids are usually obvious to parents, teachers, peers, pediatricians and other adults in their lives. Early mental health screening by a primary care doctor, school psychologist, or child mental health professional may be invaluable in picking up important emotional issues we can investigate.

Most importantly, the detection and solution is most effective if a plan is developed for help that includes addressing issues in many different settings with good coordination—between home, school, the playing field and the community.

This is the second in a series of blog posts about the teenage brain written to accompany a two-part broadcast on PBS, “Brains on Trial with Alan Alda.” For more information, or to watch the episodes, go to http://brainsontrial.com/. 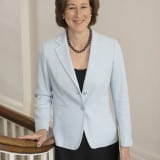