Reality TV & Impacts on Teen: What Can Parents Do? 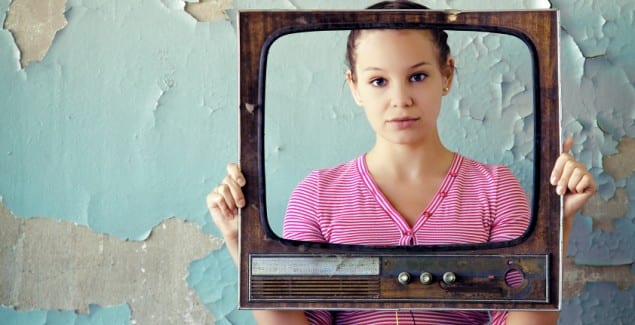 Research has shown that reality TV has an impact on the values of young girls and how they view real-life situations. That being the case, it’s important to take a look at some of the standards portrayed on reality TV.

Kim Kardashian was preparing to have her baby.

Instead of making sure she had her hospital room reserved and her bags prepared, she was instead on the phone with members of her “glam squad” to make sure they would be available to ensure her hair and makeup were perfect for the day of her delivery. Her sisters chastise her vain behavior as being “typical Kim,” and it is apparent where her values lie.

Meanwhile, on another cable channel, female socialites of Beverly Hills prepare for a dinner party. Almost as soon as the women arrive in their designer clothes, the wine, catty remarks and tears begin to flow. Throughout the booze-fueled dinner, the women accuse each other of spreading rumors, and the yelling and finger-pointing ensue. A typical dinner party for the “real” housewives.

Reality television is a huge part of our television viewing culture. It may be clear to many adults that not all is “real” in the world of reality TV. However, how do children and adolescents understand the world of reality TV? What could reality TV be teaching adolescent girls, in particular, about what is valued in the real world? And, how does it affect their attitudes, beliefs, self-image and behavior?

What are some of the common themes in reality TV?

Many reality shows depict women idealizing beauty and thinness, giving the impression that a woman’s value is based on her appearance, and that popularity is derived from beauty. Competition shows such as America’s Next Top Model perpetuate this ideal, as women compete with one another to gain a lucrative modeling contract. Plastic surgery shows such as Botched, as well as the former Dr. 90210 and The Swan feature people altering their appearance and becoming more satisfied with their looks and quality of life after surgery. Many cast members of other reality shows, such as The Real Housewives franchise, are very open about their numerous plastic surgeries.

Keeping Up with the Kardashians features the life of a family that spends a great deal of time and money on appearance, with a consequent rise in fame and popularity of its girls and women.  Their Instagram pages, often followed by young fans of the show, are full of “selfies,” bikini and modeling photos. Photos that feature their “ordinary” everyday lives are highly sexualized, including the pages of the youngest teenage members of the family. This practice perpetuates the notion that “real” people gain popularity and happiness by focusing on their appearance—and to be successful, personal image, even at a very young age, should be laced with sexuality.

Other common values perpetuated by reality TV include materialism, and an idealization of a hard-partying and “celebrity” lifestyle without regard for consequences. Both Rich Kids of Beverly Hills and Shahs of Sunset feature the lives of privileged young adults living in southern California. They take extravagant trips, wear designer clothes, spend a lot of money on alcohol-fueled parties, and are rarely seen working regular jobs. The cast of The Jersey Shore spends an entire summer binge drinking to excess, participating in risky sexual behavior, engaging in physical altercations, and even being arrested. Despite their obvious poor behavior and decision-making, their popularity continues to grow.

For anyone who has seen the 2013 movie The Bling Ring, this is an extreme example of how emulation of the celebrity and reality TV lifestyle can cause issues in teens. The movie is based on the true story of a group of teenagers in southern California who were responsible for the “Hollywood Hills robberies,” in which they robbed the homes of Paris Hilton, Lindsay Lohan, Audrina Patridge and several other celebrities. The teens idealized the party and high-fashion lifestyle that is often featured in gossip magazines and reality TV, and subsequently robbed the homes of celebrities to fuel this lifestyle. Although this is an extreme case, it does demonstrate the ability of this type of media to influence the values placed on materialism and excessive partying.

Reality TV typically reveals inappropriate behavior within peer groups, often promoting interpersonal drama, aggression and bullying. For example, women in The Real Housewives franchise gossip, back-stab and behave aggressively, condescending and catty toward one another. The expression of relational aggression between females seen across several reality shows gives girls the idea that gossiping is a normal part of a female relationship, that it’s in girls’ natures to be devisive and competitive with one another, and that being mean earns respect and is often necessary to get what you want.

As we try to discourage bullying, gossiping and other forms of interpersonal aggression between young girls, it’s unfortunate that reality shows often feature adults behaving in exactly this manner, all the while continuing to gain popularity in mainstream media.

While reality TV seems to place emphasis on sex appeal, materialism, hard-partying and relational aggression, it does not emphasize the fact that many women on these shows are highly intelligent and successful in their real lives.

For instance, Adrienne Maloof, a former cast member on Real Housewives of Beverly Hills, is a successful entrepreneur as a co-owner of several business ventures that include Maloof Productions and the Palms Casino Resort in Las Vegas. However, it was her divorce and disputes with other female cast members that were her main focus on the show. Married to Medicine, a show featuring the lives of doctor’s wives and female physicians, focuses primarily on the conflicts among the women, not on their successful medical practices.

How To Talk With Your Children And Adolescents About Reality TV

It’s important to know how to talk to your kids about the blurred line between reality and reality TV. Since reality TV has such a strong foothold in American pop culture, it is likely not going anywhere or changing its content any time soon. However, parents can learn how to help their children critically appraise what they see in the media.

Tips for critical appraisal of the media:1

Although the programming of reality TV can be highly entertaining, it’s important to be aware of the messages and values that these shows often portray. More importantly, it’s essential to be aware of what our children are watching so that we can teach them how to recognize and process the skewed values of television reality. This is tricky, as this programming easily deceives viewers into believing it is a true reflection of the real world.

However, by following the tips above, your child can ultimately learn not to accept what is portrayed on reality TV as the truth, but rather to think more critically about what the characters are doing, and why they are behaving in certain ways. This knowledge will give your child the tools to develop stronger values, and a more solid self-esteem that is free from the influences of reality TV.

1Adapted in part from PBS.org 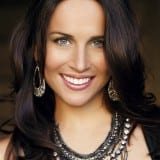 Holly Peek, M.D., M.P.H. is a resident psychiatrist at Tulane Medical Center in New Orleans. With a background in communication and media studies, her research has focused on the use of various forms of media by children and adolescents. Dr. Peek is ...

When Idols Fail: How Do Kids Manage?