What Is Child Development?

What Is Child Development? 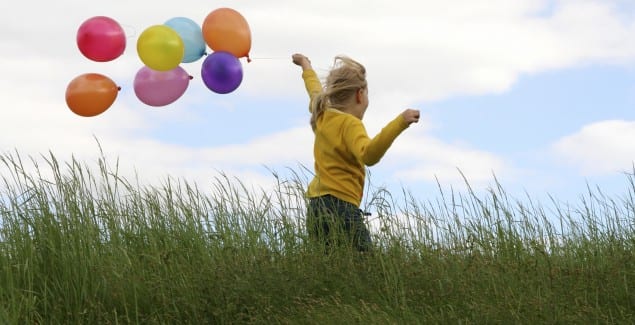 When Suzie was four years old, she was so excited.

The families in her neighborhood had all chosen the same crisp Sunday to rake all of the fallen autumn leaves.  Up and down every street Suzie kids as they got a running starts and then flung themselves with wild abandon into the piles of red and yellow leaves that older siblings and parents had spent most of the morning arranging into neat little mountains dotting bright green lawns.

It was a seasonal ritual of sorts, and to Suzie, it was especially important because this was the first time she had been welcomed into the play-space of the “older kids.”  She got to have fun and feel like she was growing up at the same time—what could be better?

Then, an 8-year-old boy decided that it would be fun to ride his bike through the leaves.  The other kids all quickly followed suit…except Suzie.

Suzie hadn’t yet mastered a bicycle.  She looked at her bike with its training wheels attached, and just couldn’t bring herself to join the other kids.  Instead, she wandered home and drew on her sidewalk with chalk.  She tried to be happy; she drew a mouse, then a cat, but in the end, she just sighed and drew a big circle with a clearly unhappy face in the center of it.  She then got to her feet, and walked into her house. Her father peeked out the window after Suzie passed him on the way to her room, and saw the sad face that now decorated the concrete path to the front door.  Was this something to worry about, he wondered?  Would most kids draw a sad face and wander inside?

Welcome to THE thing that makes child psychiatry and psychology different from adult psychiatry and psychology—kids are not little adults.  They are changing rapidly, growing quickly, and what a kid does at age 4 ought to be seen in a very different light than if a kid does the same thing at age 14.  A sad face to express your feelings drawn in chalk on a sidewalk is pretty much on target for what you’d expect from a 4-year-old.  The hand-eye coordination to draw is there, as is the desire to translate feelings and expressions into healthy age-appropriate creative outlets.

But, if a 14-year-old felt sad because he was cut from the team and did the same thing, you would pause.  This is, of course, an extreme example.  A 14-year-old wouldn’t draw a sad face unless he was doing so as a function of sarcastic or sardonic adolescent wit.  If he was honestly stymied and could only produce the sad face, then something more is likely going on.

These differences are key to understanding kids.  The word for this kind of study is “development.”  Kids change and grow as a function of their normal drive toward adulthood, and as they develop, their bodies and brains change at amazing speeds.  To put this in a different perspective, think of the difference between a 13-year-old and a 16-year-old.  You’d maybe worry a bit about a 13-year-old dating a 16-year-old, but plenty of spouses have three or more years between them.  That’s because the developmental trajectory of youth is super-steep, while the trajectory of adulthood rapidly levels off.  The difference between 13 and 16 is gaping; the difference between 30 and 33 is teeny.

Any clinician worth his or her salt is going to take development into consideration. Attention deficit hyperactivity disorder (ADHD) will look different in a little kid (gleeful mayhem) than in an older kid (frustration at increasingly hard-to-control impulsive and attentional challenges).

Here are some examples of what happens as kids grow in terms of language:

There are other examples as well, and pediatricians are well-versed in the normal and expected progression of youth.  Fascinatingly, we now know that these changes are also associated with the development of the brain.  Gray matter, also called neurons, actually decrease, though white matter, the connections that allow the neurons to talk to each other, increase.  The more we grow, the fewer neurons we have to work with, but we continue to develop connections between our neurons until young adulthood.  This increased connectivity allows us to better understand how teens can understand something as morally difficult as The Hunger Games, but how younger kids might need things more clear cut, as in Charlotte’s Web.  We’ll write more about neurodevelopment in a different post, but in general, what does this mean for parents?

First and foremost, parents have the double advantage of knowing their kids, and of previously being kids themselves.  Most parents have a pretty good idea of where kids ought to be.  A huge tantrum over a botched dessert stops being OK around 3, and kids who suffer such tantrums after that age probably need to be evaluated for some kind of psychological challenge.  Furthermore, anything that interrupts the normal developmental trajectory—the massive tantrum thrown by a 10-year-old over a botched dessert—threatens to derail all of development.  That’s why we take it so seriously when anything tosses kids from their normal emotional growth.  There is so much asked of kids—the developmental line is just so steep—that anything that interrupts that process can potentially interrupt all sorts of important and vital tasks that most kids only have a few chances to learn or absorb.

We’ll talk in another post about the various psychiatric disorders that can accompany different developmental stages, and we’ll also write a separate post about the scientific studies that support our understanding of development.  For now, remember this: if you are at all worried that your kid isn’t where he or she should be, ask your pediatrician or seek help from a specially-trained child mental health clinician.  There’s never a reason to worry alone.

What Is The Developing Brain?