What If My Child Has Bipolar Disorder? | MGH Clay Center for Young Healthy Minds

What If My Child Has Bipolar Disorder?

What If My Child Has Bipolar Disorder? 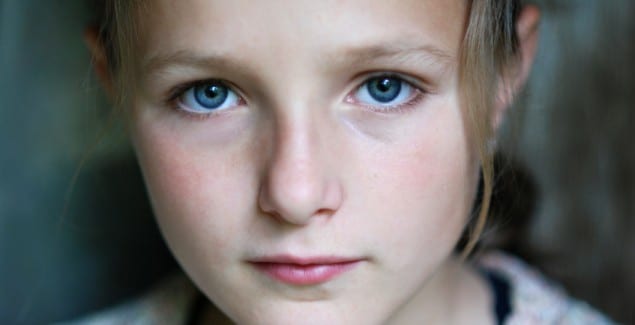 Here’s a familiar, yet until recently almost–never-talked-about scenario.

Billy is 10 years old. He has freckles, wears a baseball cap almost all of the time, and has a best friend named Pete.  When he’s happy, there’s no one better.  He’s kind, empathic, playful, funny and fun-loving.

However, every now and then (and lately more now than then) Billy totally loses it.  He goes absolutely berserk over the smallest things, and when he does, he seems unable to get himself out of what seems for all the world like a fit of anger akin to a Midwestern thunderstorm.  Misplace Billy’s favorite action figure and he might be fine.  Or, and there’s no real predicting this alternative reaction, Billy might become so furious at his parents over the lost toy, that he spits obscenities, knocks over lamps, perhaps even throws a knife in their direction.  These “storms” last about 40 minutes or so.  Afterwards, Billy settles down, feels perhaps some remorse, and then tries to clean up the emotional mess he worries he just created.  But, his parents are increasingly on eggshells.

When, they wonder, will Billy explode again?

Well, it turns out that Billy is losing it more and more.  He is taken to his pediatrician, who then refers him to a child psychiatrist.  The child psychiatrist asks whether anyone else in the family has similar behavior.  The mom looks troubled, and tells the doctor that she can remember her sister, who is now on lithium for bipolar disorder, behaving this way when she was a child.  Following lots of additional questions, the doctor tells Billy’s parents that she thinks Billy may have bipolar disorder; she suggests treatment with olanzapine (Zyprexa), an atypical antipsychotic.  Further complicating things, the doctor says that the antipsychotic is being used as a mood stabilizer, and notes that bipolar disorder takes a while to diagnose.  Whether Billy will end up with the syndrome that his aunt suffers from is not yet certain.

“Why not lithium?” asks the mother, thinking of how much it has helped her sister.

“It’s complicated,” explains the doctor.  And then she begins to try to explain.

What Is Juvenile Bipolar Disorder?

During the past 20 years, perhaps no psychiatric disorder has inspired as much controversy as bipolar disorder. Only in the past few years have clinicians become willing to accept this diagnosis as valid in children, and even in those circumstances they often differ in how they define this particular problem.  This can, of course, be immensely unsettling to any parent who is trying to make sense of what different doctors are saying about the same child.

Bipolar illnesses are a subset of mood disorders. Major depressive disorder is, in fact, the most common of these mood syndromes. As we’ve noted in our post on major depression, adults and children with major depressive disorder suffer periods of persistently hopeless moods characterized by apathy, poor energy and concentration, sleep disturbances, and thoughts of suicide.  These are, in fact, the neurovegetative symptoms that have been used to characterized depression.

However, these depressive symptoms represent only one side of the bipolar spectrum. An individual suffering from bipolar disorder experiences dramatic fluctuations in mood—from depressive symptoms, to what is called “mania.” What does mania look like?  Some of the controversy stems from exactly this inquiry.

There also exists the condition of “hypomania,” or “just below mania.”  This is a term reserved for what may be a normal state.  Hypomanic individuals have increased creativity, may seem to talk and think quickly, and often for a short period of time, need less sleep.  Normal hypomania is self-limiting, and most of us have experienced it.  Think back to a day after you stayed up all night—paradoxically, you likely had more energy rather than less, and you might have taken on projects that you would otherwise avoid.  Eventually, this passes if you don’t have bipolar disorder.  You slow down and get some sleep.  However, people with hypomania often can’t stop the progression to pathological mania.

You can start to see some of the controversy.  We certainly don’t want to diagnose normal creative bursts as pathological.  At the same time, we want to prevent the turmoil and misery that actual mania creates.

And here is the major source of discord when this topic is discussed among clinicians who care for children.  Manic symptoms experienced by children and adolescents only partially conform to the classic symptoms of adult sufferers. Instead, children and adolescents appear to display a greater degree of what are often called “mixed symptoms.”  This means that kids who are manic may seem agitated and excited, but also emotionally unhappy.  The grandiosity might be present, but the euphoria might be absent.

In addition, current investigations suggest that kids who are manic are prone to intensely angry and sometimes physical outbursts, going from a calm demeanor to absolute fury in a matter of seconds (like Billy). However, not all children with bipolar disorder have violent outbursts, and the expectation of physically-explosive and dangerous behavior has to some extent stigmatized these children. In addition, critics question whether this syndrome of behavior can really be bipolar disorder if it fails to conform to the symptoms that have long been accepted for adults. For these reasons, the DSM-V may lead to a percentage of these youth being diagnosed instead with temper dysregulation disorder.

Arguments in favor of the validity of pediatric bipolar disorder include the fact that many of these children have strong family histories of the same diagnosis, suggesting a heritable aspect of the disorder and the possibility that as these children age, their behavior will increasingly mimic the more classic form of the illness. In fact, interviews of adults with bipolar illness find that their childhoods were often troubled by the exact behavior that researchers describe as juvenile bipolar disorder.

Clinicians have used medications—such as lithium, carbamezapine (Tegretol) and valproic acid (Depakote)—with some success in helping children with their abnormal mood fluctuations. But kids using these medications require frequent blood tests to monitor the medications’ levels, and the effects on organs like the liver, kidneys and bone marrow. Clinicians may also prescribe antidepressants to combat the depressive episodes, although antidepressant treatment in the absence of a mood stabilizer may generate manic behavior in both children and adults with bipolar illness.

Atypical antipsychotic medications such as olanzapine (brand name Zyprexa) have been effective in quickly reining in the violent outbursts that go along with juvenile bipolar disorder.  A common misperception is that the use of these antipsychotic medications must indicate that these children are psychotic. Children with bipolar disorder in rare cases may be psychotic, but the explosive behavior and mixed depressed and agitated moods are much more common characteristics.

Children and adolescents with bipolar disorder also benefit from counseling and behavioral therapy in both individual and group settings. The explosive moods of bipolar illness can make the normal frustrations of growing up extremely difficult. Add to this challenge the frequent co-occurrence of such learning problems as attention deficit hyperactivity disorder (ADHD), nonverbal learning disorders, and auditory processing difficulties, and it is no wonder that children with bipolar disorder often feel demoralized and misunderstood.

Juvenile bipolar disorder can be extremely disruptive. It derails development, strains friendships and stifles learning.  However, it is also treatable.  The first step, as illustrated in Billy’s story above, is to get kids like Billy involved with a professional who is comfortable with the management of these kinds of syndromes.